As we came to know from a leak last month and from the official unveiling of the next-gen super-phone processor yesterday, it’s a no-brainer that the new mobile processor is packed with even more processing power. But the big question is, what do you do with all the processing power? We doubt most even stretch the limits of the Tegra 3, but that’s where NVIDIA is thinking smart and using the excess compute power to realize better daily-use performance.

For starters, webpage loading is much improved as NVIDIA demonstrated launching 25 unique popular websites on a prototype Tegra 4 based tablet against the Nexus 10 tablet. The results are clearly in favor of the newcomer though we wonder how much of its performance advantage would be eroded by customization implemented by some tablet vendors. We’ll have to find out how that fares when retail products come about, but for now we leave you with this small video clip showcasing the webpage loading test demo in action:-

While the above speed advantage is probably the result of the optimization and better processing cores, it’s not evident if the 72-core GPU is in use - but the next enhancement to photo taking on your smartphone will surely use all of the Tegra 4’s hardware capabilities. To illustrate, we start off with the problem of inadequate processing power to overcome the overly dark or overly bright subjects against contrasting backgrounds:- 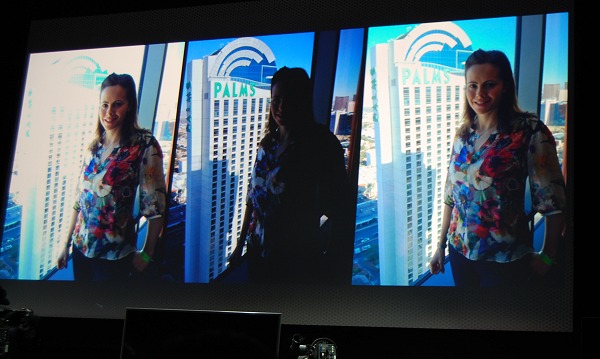 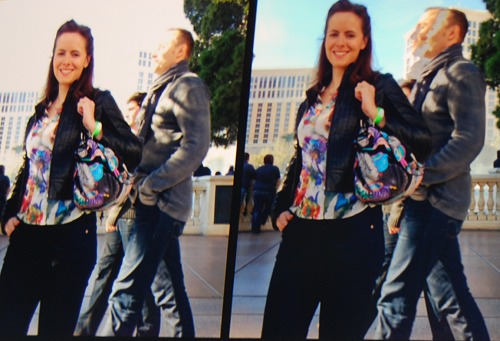 What’s happening is that the phone attempts to take two photos in succession with different focus points and then attempts to produce the final shot with the proper HDR treatment from contrasting between the two shots. The problem here is that the subject in background is moving and thus that throws off the HDR process - in essence, the camera isn’t able to take photos in a faster succession because of its limiting processing throughput. NVIDIA’s Tegra 4 overcomes this limitation with blazing fast processing throughput with 10 times the response rate and here’s how they make it happen:- 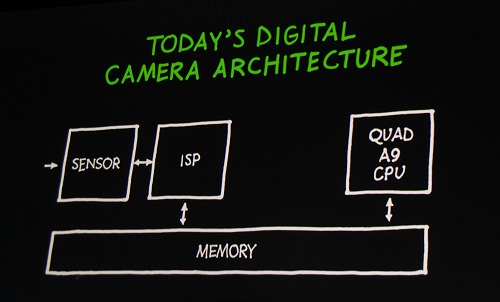 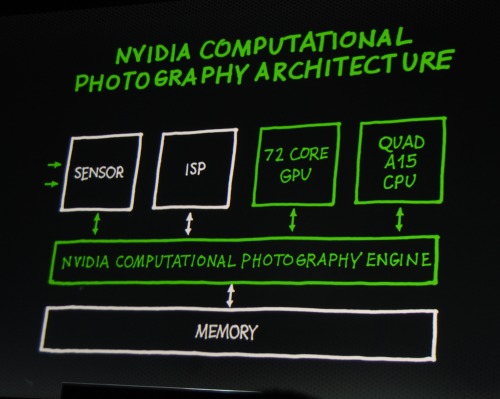 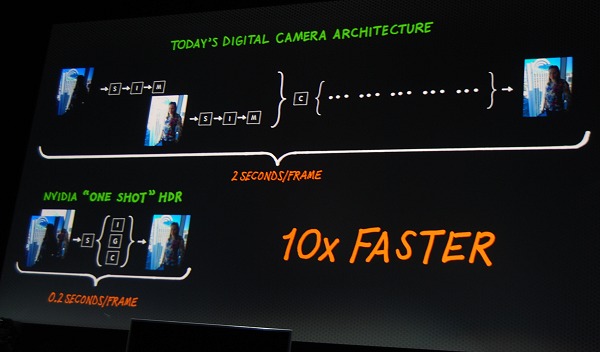 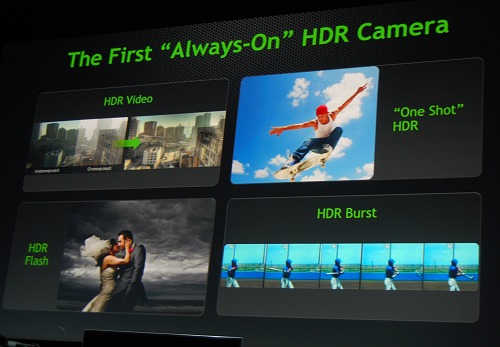 To put NVIDIA’s claim to test, CEO Jen-Hsun Hunag re-enacted a typical beach scene where there’s a bright background that contrasts sharply against subjects in the shade:- 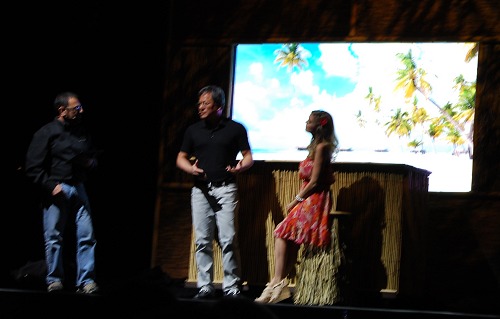 With that, we leave you with this slide from NVIDIA painting the possibilities of your future mobile companion’s imaging capability to achieve more advanced computationally taxing photography:-