The previous feature dealt with improving gaming quality when you have excess image processing horsepower for the game played. This next feature deals with the opposite scenario such as in Battlefield 4 that simply saps up your frame rates if you crank up the image quality setting all the way up. In this case, you would wish you had a more powerful graphics subsystem. But what if there was a way to deliver a similar level of image quality, but with more performance headroom? 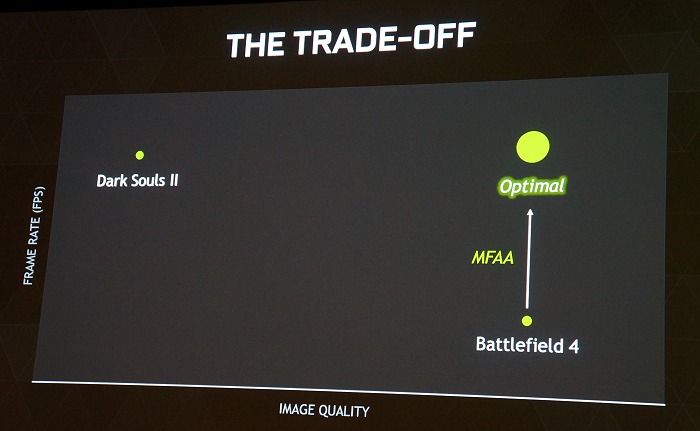 Multi-Frame Sampled AA (MFAA) is NVIDIA's next trick up their sleeves to accomplish this. Unlike traditional MSAA that uses a fixed number of coverage samples per pixel on a rotated grid pattern, MFAA will use half the number of coverage samples but the coverage sample pattern differs per pixel and per frame. The resultant per-frame outcome will then be treated with a Temporal Synthesis Filter between these frames that would then seem to rival or equal what MSAA achieves, but at nearly half the performance penalty. Hence the namesake of this AA mode, which relies on multiple frames to derive its cumulative benefit.

Taking the most commonly used antialiasing level of 4x MSAA, 4x MFAA can rival 4x MSAA image quality but at 2x MSAA processing requirements. You could also benefit from the reduced performance overhead to get better imaging quality at no extra penalty (such as 8x MSAA quality at 4x MSAA performance levels). Let's step through this visually. 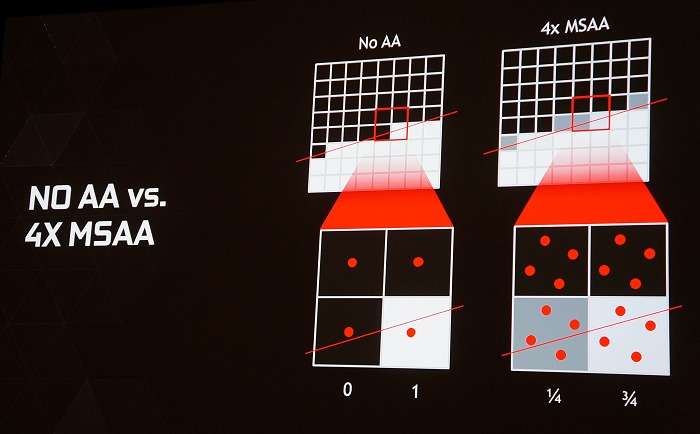 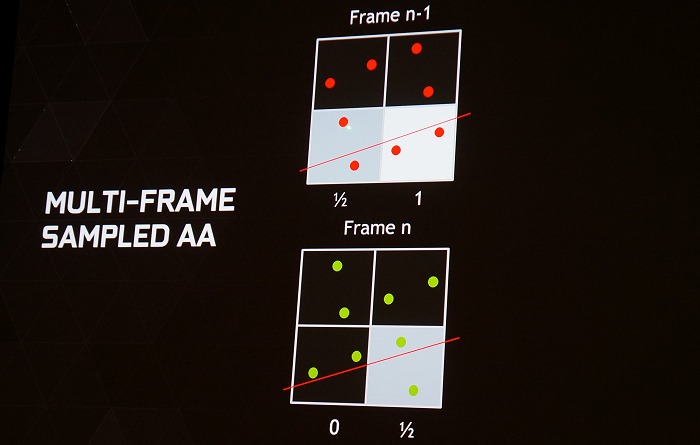 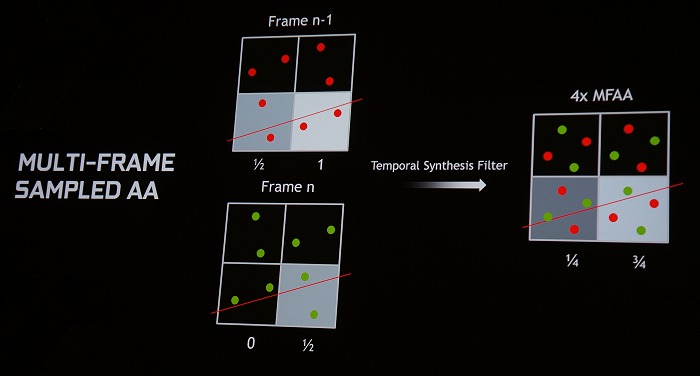 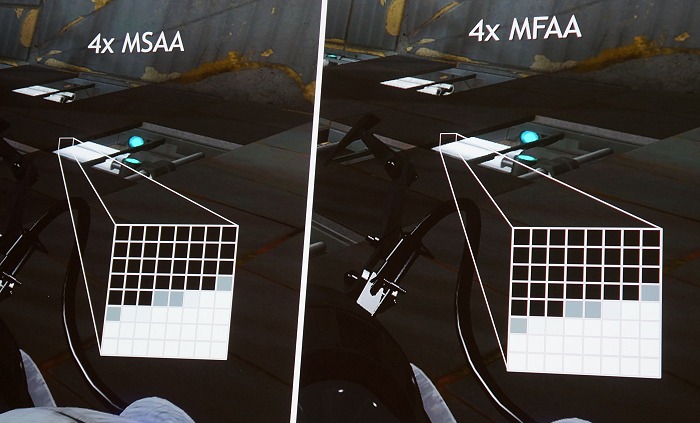 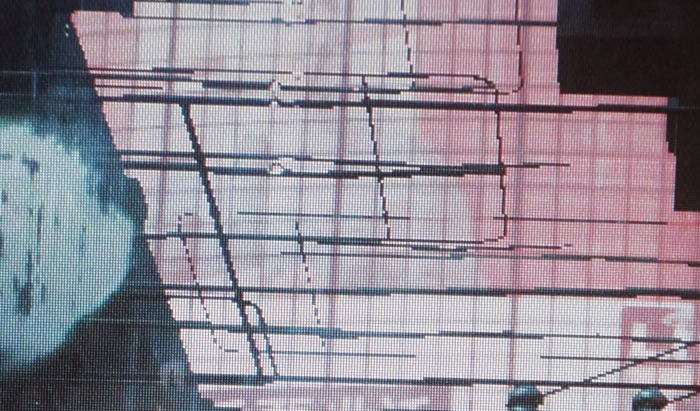 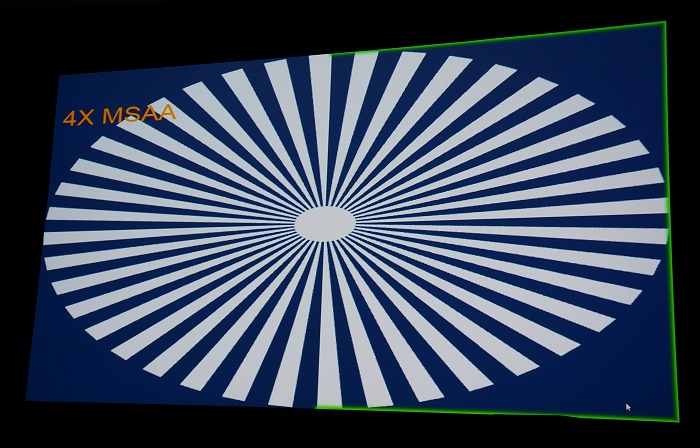 To get MFAA working, you'll need at least 40 FPS sustained with the new AA technique, otherwise you'll end up noticing flickering effects since the sample patterns will differ between frames. To manage this, MFAA will once again be left to GeForce Experience to determine whether your system has enough power to deliver this experience in your respective game. This will take away the guesswork and trial-and-error on your part, while giving gamers what they need most.

In terms of exact details on how much you stand to gain, NVIDIA estimates you'll get at least 30% more performance on 4x MFAA than if you were still running it on 4x MSAA. At 4x MFAA, since NVIDIA states its workload is similar to 2x MSAA, we queried if the extra Temporal filtering needs contribute to higher processing needs. In short, 4x MFAA will be a tad slower than 2x MSAA only because the Temporal filtering would sap up another 1 or 2% more performance overhead than standard 2x MSAA. 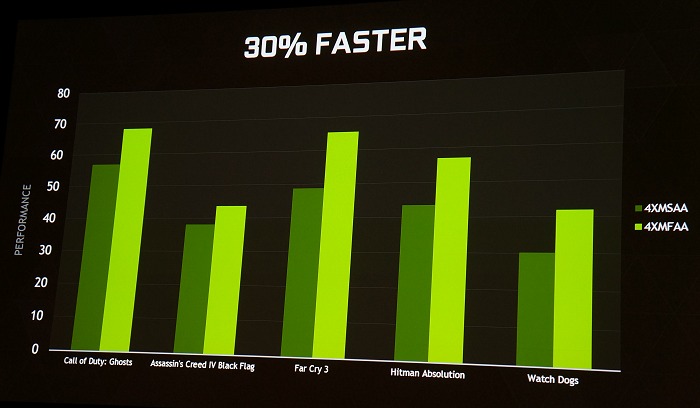