Of all the exciting new products that debuted at this year's Consumer Electronics Show (CES), one that had caught our attention was NVIDIA's spanking new Ion platform for the Intel Atom processor. The reference system demonstrated by NVIDIA was encased in a remarkably small Pico-ITX form factor chassis and was shown playing 1080p HD videos without a hitch, powered by an Intel Atom processor and the company's GeForce 9400 mGPU chipset, the same chipset that's now found in Apple's MacBooks.

In case you're wondering how small when we said Pico-ITX, it's roughly about the size of a paperback. Yes, it's that small and it is a complete PC by itself, featuring quite possibly all the ports and connectors you would ever need except for an optical drive. With its choice of the Intel Atom processor as the brains, it is also evident that NVIDIA is gunning for Intel and its stranglehold on the integrated graphics chipset that comes with practically every Atom CPU sold, particularly with the Atom-based mini-notebook segment - the fastest growing portion of the mobile market.

After that impressive debut that was short on details and benchmarks but definitely a highlight of the show, we finally got our hands on this new platform. While the one at CES was shiny black, our review unit came in polished white and though it still looks as ugly and homemade as ever, it's the insides that matter for this concept platform. So does this Ion 'cannon' fire true? Have a look first at its cluttered shell and the specifications:- 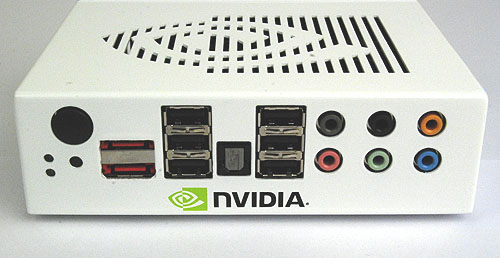 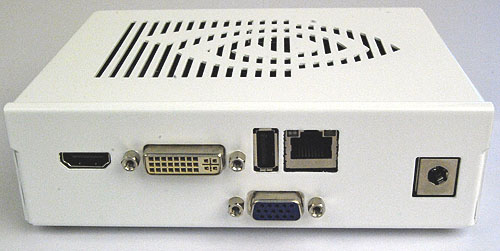