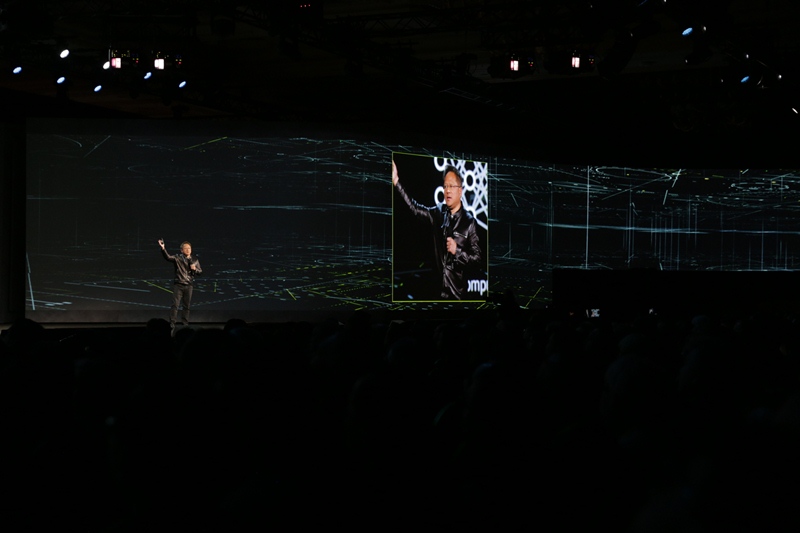 At his pre-show keynote speech, NVIDIA CEO Jen-Hsun Huang shared his vision for reinventing gaming, television, and transportation at CES 2017 in Las Vegas, putting emphasis on the role of artificial intelligence (AI) in reshaping these fields.

“Because of artificial intelligence we’re now able to realize the dreams that we’ve been dreaming about for so many years. What used to be science fiction is going to be reality in a few years,” Huang said before a huge audience of 3,000 members of the press, analysts, and technology enthusiasts.

Top-billed by the unveiling of the AI car concept, NVIDIA also unveiled the expansion of its GeForce Now service to million more PCs and Macs, and the launch of the new version of Shield.

Huang’s presentation itself was a showcase of NVIDIA’s leadership in GPU technology, demonstrating the capabilities of ten NVIDIA Quadro GPUs when combined with the CANVAS software from Immersive Design Studios and the Epic Games Unreal Engine 4. Larger than life images, videos, and animations were flawlessly rendered on a football field-long curved display with 30,000 x 1,080-pixel resolution. 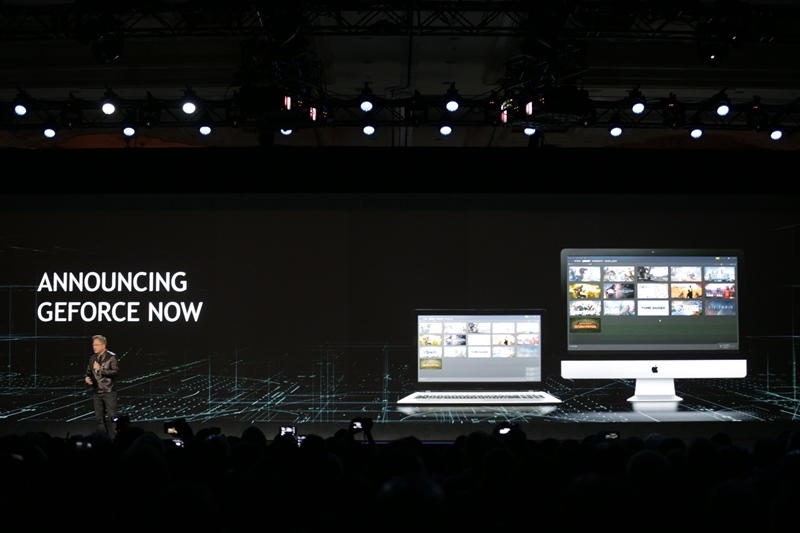 GeForce Now for PCs and Macs

In spite of the increasing number of powerful hardware components like processors and graphics cards at relatively affordable price points in the market, NVIDIA recognizes the fact that millions of PCs are not game-ready. Addressing this predicament, NVIDIA announced the GeForce Now, not only for Windows-based PCs, but also Macs. This allows those users who do not have a high-performance GeForce GTX gaming rig to experience great PC gaming with the help of the cloud. GeForce Now works by connecting gamers to GeForce GTX 1080 PCs in the cloud, rendering the games with NVIDIA’s GameWorks visual technology, and streaming them in HD to the computer.

With a minimum monthly subscription of US$7.99, which is just small fraction of the total price of a GeForce GTX 1080 graphics card, users can have access to a library of more than 100 game titles, get them in a few seconds without hours of downloading the actual game or the patches, and play multiplayer games online easily. 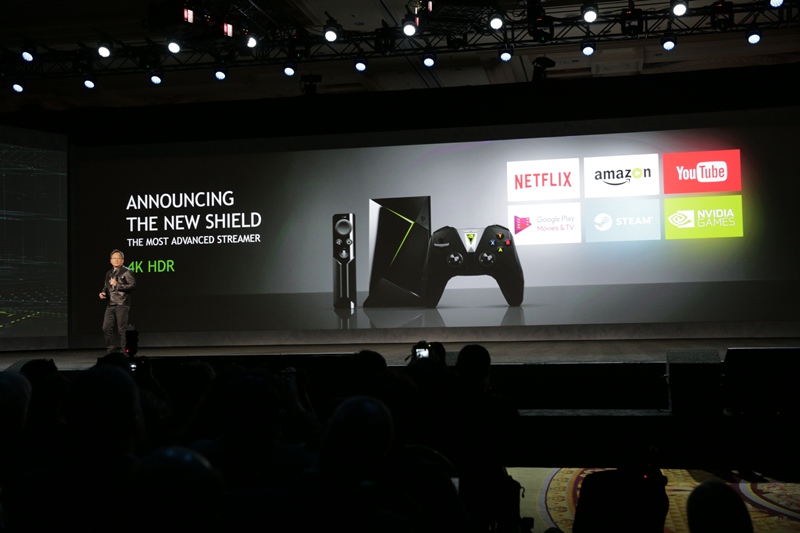 Apart from autonomous cars, NVIDIA is also extending AI to the home by introducing an updated version of the Shield Android TV box. Positioning it as an AI hub for smart homes, the new Shield supports 4K HDR streaming as well as Google Assistant. An upcoming update that will support Smart Things will allow the Shield to connect to hundreds of smart home devices. NVIDIA also introduced the Spot, an AI microphone that can be plugged on the wall, allowing you to do voice commands anywhere in the house.

Primarily poised toward home entertainment, the new Shield offers thrice the performance of any other streamer on the market. It features the addition of Amazon Video in 4K HDR, making it the first, largest, and most open content-rich media catalog that also supports Netflix, YouTube, Google Play Movies, and VUDU. It also provides users with access to GeForce Now and new native Android games. The new Shield (16GB) will sell for US$199.99 and includes the remote. There's also a pro version going for US$299.99, and this comes with 500GB storage.