LinkBoost is an nForce 590 SLI exclusive feature that simply put, will automatically boost the SPP/MCP HyperTransport and PCIe x16 bus bandwidth to 125% if compatible hardware has been detected. LinkBoost works by applying a base frequency overclock, which means that the 200MHz HT link is boosted to 250MHz. With a 5x HT multiplier, it is effectively running the SPP/MCP link at 1250MHz, providing more bandwidth for demanding SLI operations at full PCIe x16 speeds. 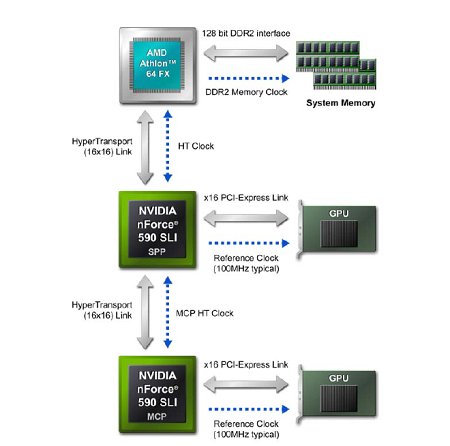 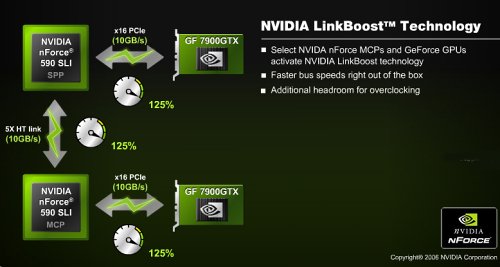 LinkBoost will also overclock the PCIe bus by 25%, but it is isolated towards the two PCIe x16 lanes for increased bandwidth to the GPU. These clocks are controlled independently. Thus if you had only one GPU installed, only the particular PCIe x16 slot gets the 125MHz overclock and both PCIe x16 slots are overclocked if you have a dual GPU or SLI setup. The rest of the PCI Express bus outside the graphics lanes will still operate at a base 100MHz specification. 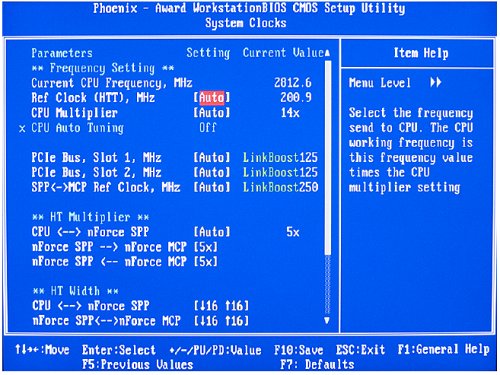 Yes, NVIDIA is basically guaranteeing a 25% bandwidth increase to the graphics bus subsystem, a feature clearly designed to appeal to gamers. However, there is currently a very strict restriction to this feature. Besides being only available on the nForce 590 SLI, LinkBoost will only work when a GeForce 7900 GTX card is detected by the BIOS. Thus, this feature is basically limited to the repulsively rich, die hard gamers or the repulsively rich die hard gamers.

Now before you write off LinkBoost as a marketing ploy, it is basically just an automated overclocking functionality built into the chipset. In future, there may be more graphics cards validated to support LinkBoost, but somehow we have a feeling that it would only be tied with faster graphics cards and not the mainstream variants. In any case, it makes sense because only high quality settings with high antialiasing sampling levels would tax the graphics card and the system bus consecutively to be worthy of the extra bandwidth available. Enthusiasts will be quite happy to know NVIDIA provides very detailed BIOS options with incredible granularity so that LinkBoost can be disabled and there is no one stopping you from tweaking the HT link or PCIe bus speeds to your own hearts content the way it's meant to be tweaked - manually.

There is a very little documented feature in the BIOS called GPU Ex that can be toggled enabled or disabled. When contacted, NVIDIA has revealed that it is actually another SLI performance optimization that works with the forthcoming ForceWare Release 90 drivers. What this particular feature actually does is still a mystery. 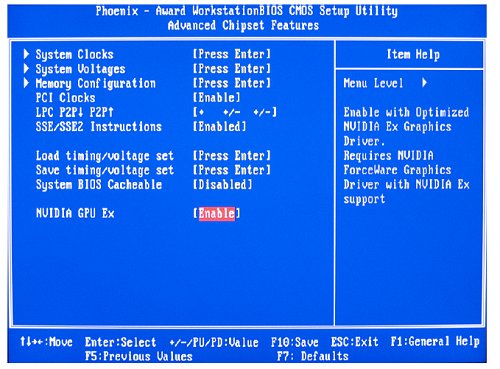 For this article, we've done some preliminary testing with both GPU Ex and LinkBoost enabled independantly and working in tandem. Running a battery of tests with Quake 4, 3DMark05 and 3DMark06 at 8xAA/16xAF with a pair of GeForce 7900 GTX, we managed to achieve an incredible performance boost of - nothing.

The average framerate differences with LinkBoost and GPU Ex enabled can be counted within a single digit, but bear in mind that we've only done simple tests that might not have fully taxed the GPU bandwith yet. We've also ran into some slight problems enabling SLI AA with the supplied ForceWare 91.27 drivers so we will cover this topic in further detail when we manage to perform more comprehensive tests.