With AMD launching their Socket AM2 range of processors today, some might make the mistake of thinking that NVIDIA's concurrent release of the nForce 500 series is just a minor update to support the new CPU and its features. All in all, the nForce 500 series MCP chipsets offer some very significant enhancements to the current core logic chipset market with features that are ready to take advantage of Socket AM2, faster memory and advanced operating systems like the upcoming Windows Vista. 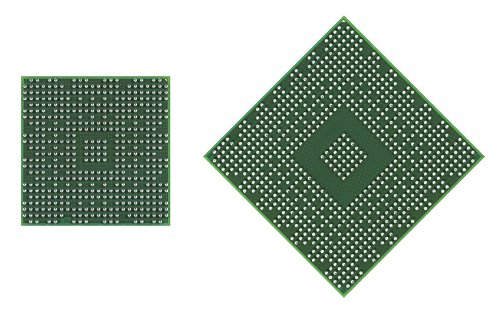 In terms of actual technology innovation, the nForce 500 doesn't really bring anything revolutionary to the table. There isn't anything that has not really been done before in some form or other. NVIDIA just seems to have taken a long hard look at the industry and implemented all the best features right onto the core logic chipset itself and built into it intelligence to boot. Motherboards based on the nForce 590 SLI will be so feature rich right out of the chip that it will become hard for motherboard manufacturers to really come up with more differentiating factors. Dual Gigabit LAN with server features, six SATA 3.0Gbps with multi RAID configuration, full SLI x16 graphics with a total of 48 PCI Express lanes and ultra comprehensive memory and system overclocking, what more can any enthusiast really want out of a motherboard, let alone the chipset.

However, if you consider yourself a power user, the only choice that you can go for 'IS' the nForce 590 SLI, which is beyond the reach of most users if one is to fully embrace everything it has to offer. Our only gripe is the way NVIDIA is promoting a set of performance enhancing options for the nForce 500 MCPs, but only making it available in the highest-end hardware. The two main performance features (LinkBoost and SLI-Ready Memory) are only available to the nForce 590 SLI, which is really a shame since the new DIMMs with EPP profiles can have a great potential and better take-up if a variety of motherboards support it. If EPP successfully goes mainstream (and we think it would given a span of time), we could possibly see better memory performance handling across the industry.

The nForce 500 series of chipsets will not only be locked to the AMD platform as today, NVIDIA also announced the availability of the nForce 590 SLI Intel Edition. Since the Intel platform relies upon a memory controller being built into the chipset, and seeing how much NVIDIA has done for the AMD64 platform that doesn't even have a memory controller on the board, NVIDIA has plenty of room to play around to deliver what might possibly be the 'ultimate' memory controller. After all, we've seen the nForce4 SLI Intel Edition's strong performance lead over Intel's own chipsets. Following which in the long run, though NVIDIA wouldn't comment on future plans, we expect the rest of the chipset versions to be 'Intelified' if the progression of the nForce4 is a good track record. This article will be followed up shortly with a performance review of the nForce 590 SLI chipset, so stay tuned.