U.S to ban the export of 4G, Wi-Fi and AI chips to Huawei
Shootouts 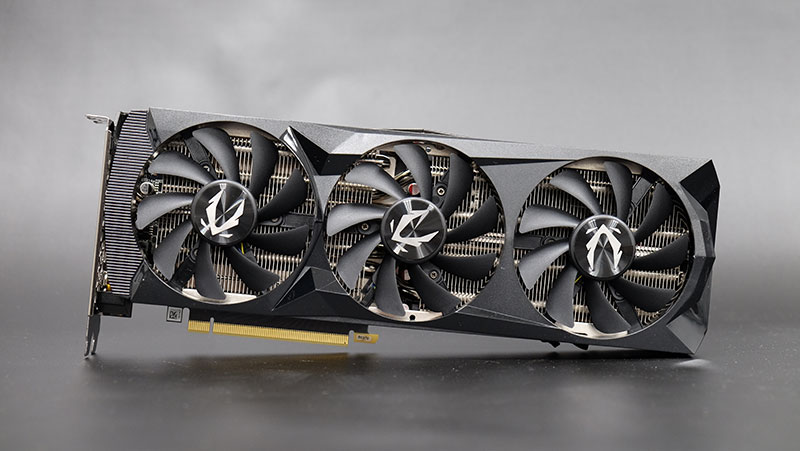 The Zotac Gaming GeForce RTX 2080 Super Triple Fan may just be one of the best value-for-money options in this shootout. At S$1,099, it's the most affordable card here, and its closest competitors in terms of price are the S$1,119 EVGA and GALAX cards. For the price, you get a pretty no-frills card, but one that feels like it has cut back on the fat as opposed to skimping on the essentials.

The only RGB illumination is on the Zotac Gaming logo on the card's side, which can be customised in the Spectra tab in the company's FireStorm software.

This is a triple-fan card, and it already seems like a better option than the GALAX GeForce RTX 2080 Super EX 1-click OC. The two are priced really similarly and are clearly both targeted at those who aren't looking to spend more than they need to on an already expensive GPU. However, Zotac serves up a more robust cooler and displays more thoughtful attention to detail. 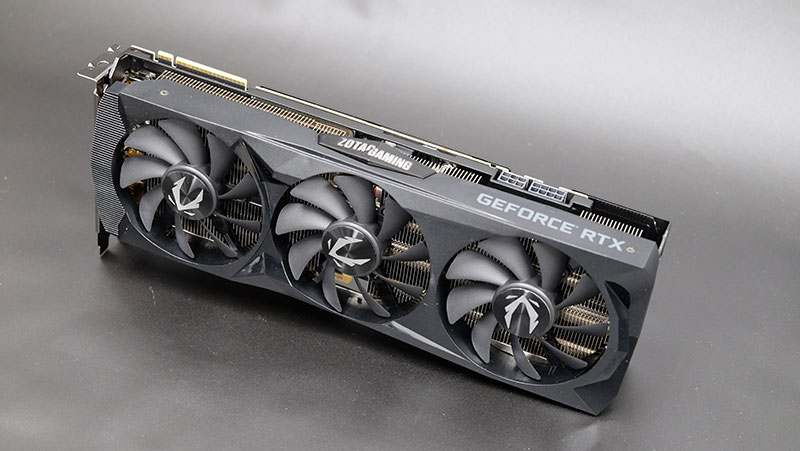 For example, a die-cast metal jacket between the PCB and heatsink provides full coverage of the PCB and prevents flexing. It also serves to dissipate heat from crucial components such as the VRM and MOSFETs, and the extra metal plate really does help the card feel more rigid. I like how the metal backplate wraps around the front of the card too, as it provides a slightly more seamless look and creates the impression that the PCB is well reinforced and protected. There's a cutout for the GPU die in the backplate too, perhaps to allow better ventilation in the area.

This is a rather long card, measuring a good 30.8cm. However, the PCB doesn't quite span the full length of the card and both the heatsink and backplate extend beyond the PCB. That said, Zotac probably took the reference PCB and slapped a custom cooler on top of it. 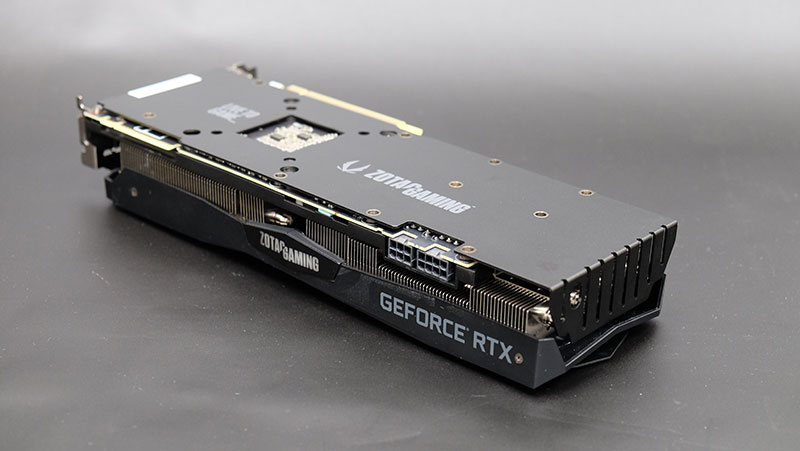 The three 90mm fans share two individual fan controllers, which in turn let the fans be controlled independently of one another. This allows each fan to ramp up or down as needed, minimising noise where possible because each fan doesn't have to work harder than necessary.

The card relies on one 6-pin and one 8-pin PCIe connector for power, the same as the Founders Edition model.

Display connectors are slightly changed though, and you'll find three DisplayPort 1.4 and one HDMI 2.0b outputs at the rear. There's no USB-C VirtualLink output, but I doubt you'll miss it considering that VR hasn't really caught on. 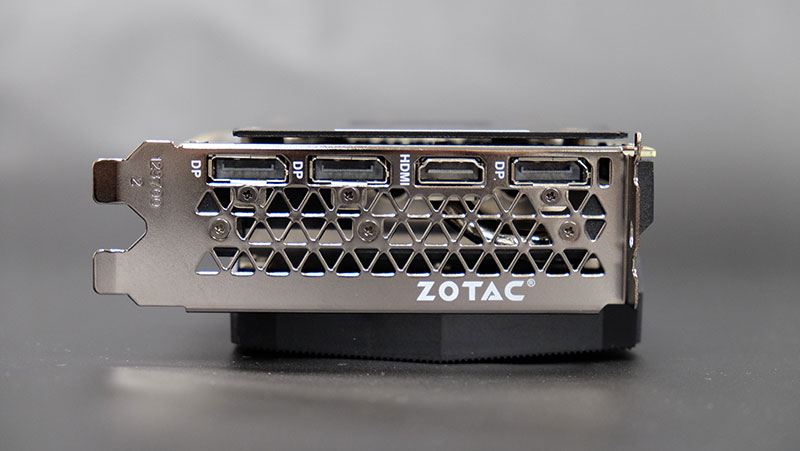