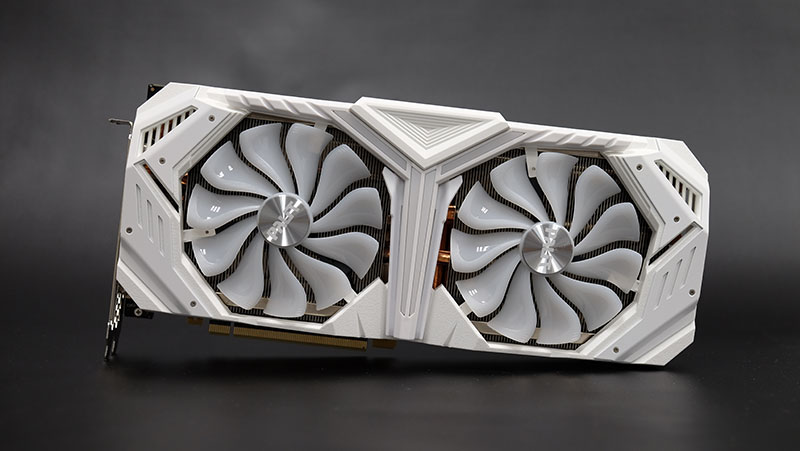 While the other cards are mostly old models updated with the new GeForce RTX 2080 Super GPU, Palit has decided to switch things up a little with the introduction of the White GameRock (WGR) edition cards. The WGR models aren't available with the older GeForce RTX 20-series cards, and they were first introduced with NVIDIA's Super refresh.

I've never been a fan of the older GameRock cards and their garish blue cooling shroud. The blue was a little jarring, and it was of a shade that's painfully hard to match with the colour palette of most of the hardware on the market. Well, the WGR puts that problem to rest, and it's really one of the better-looking cards Palit has put out in a while. It reminds me a little of GALAX's Hall of Fame cards, and the white cooler will fit in nicely if you're shooting for a striking black-and-white build. 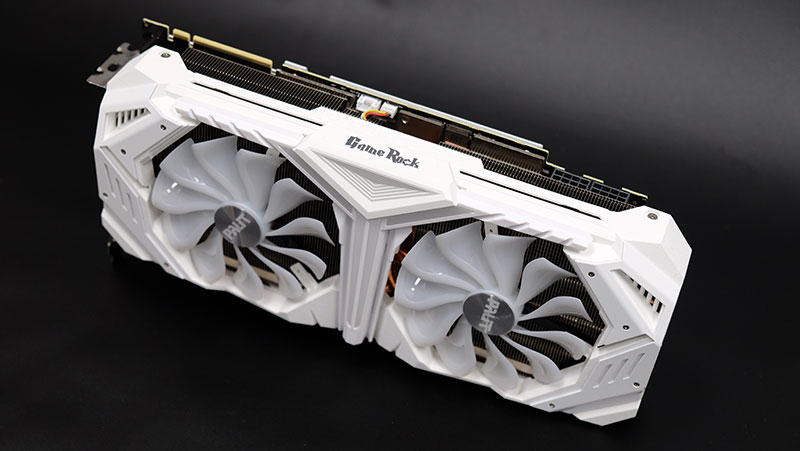 The cooler has a distinctive Y-shaped RGB feature between the two fans, which can be customised using Palit's ThunderMaster software. The GameRock logo on the backplate lights up too, and these can both be programmed with your preferred lighting effects or synced with the GPU's temperature.

The backplate looks a lot better than the one on the older blue GameRock cards too. Previously, the GameRock branding was just stamped on the backplate, but the new illuminated logo, and the way the words have been set into a cutout on the plate, looks like a lot more thought went into the design. 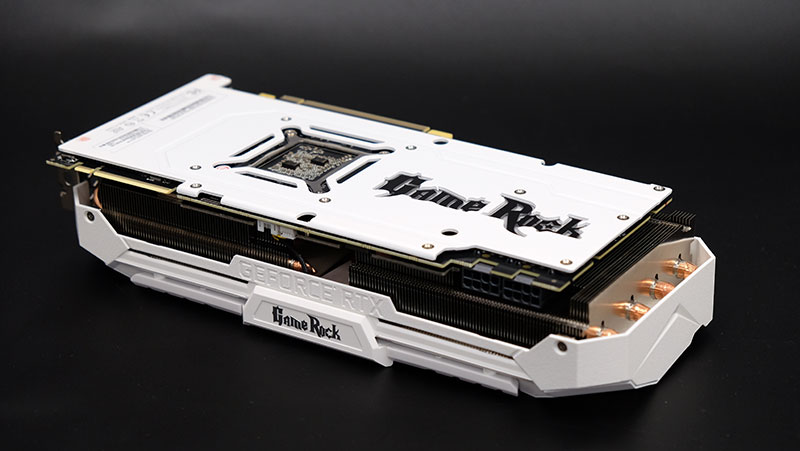 The fans themselves use what Palit calls TurboFan Blade 2.0, and they're supposed to provide both high airflow and static pressure. They also utilise a 6-pole fan motor with a smaller hub that allows for longer blade length. A copper base sits on top of the GPU, and heat is channelled to the rest of the heatsink via five thick copper heat pipes. Thermal pads on metal plates around the copper base then interface with components like the memory, VRM, and MOSFETs and help keep them cool too. There are no thermal pads on the backplate though, but it does still serve to protect the PCB.

One unique feature the card has is the dual BIOS switch. BIOS 1 activates the card's overclock, pushing the base clock to 1,650MHz and boost clock to 1,830MHz. On the other hand, BIOS 2 is intended more as a fallback measure for recovering from failed manual overclocks. It sets the clock speeds back to reference levels, but it also enables semi-passive operation for the fans, where they stop spinning once the GPU temperature falls below 60°C. I find it slightly strange that this isn't supported in the regular OC mode, and it really should have been. 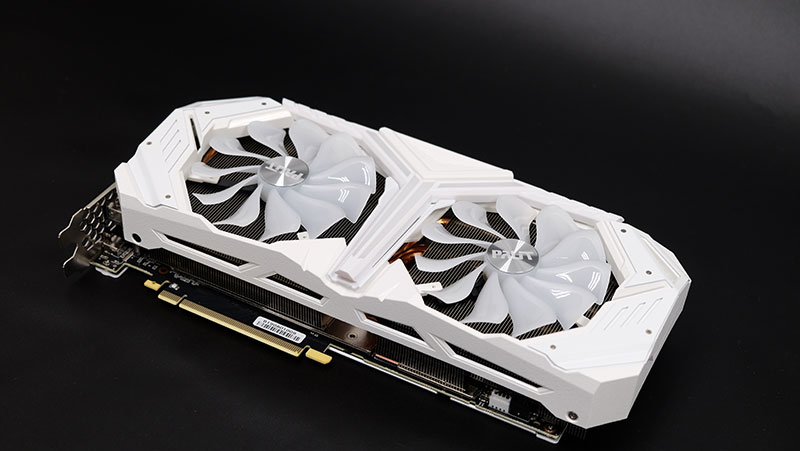 The Palit card also has two 8-pin power connectors, the same as many pricier custom cards such as those from ASUS and MSI.

Finally, you'll find three DisplayPort 1.4, one HDMI 2.0b, and one USB-C output at the rear, the standard fare for most GeForce RTX 2080 Supers. The rear I/O features Palit's signature honeycomb mesh design as well, which is supposed to improve ventilation at the back of the card.