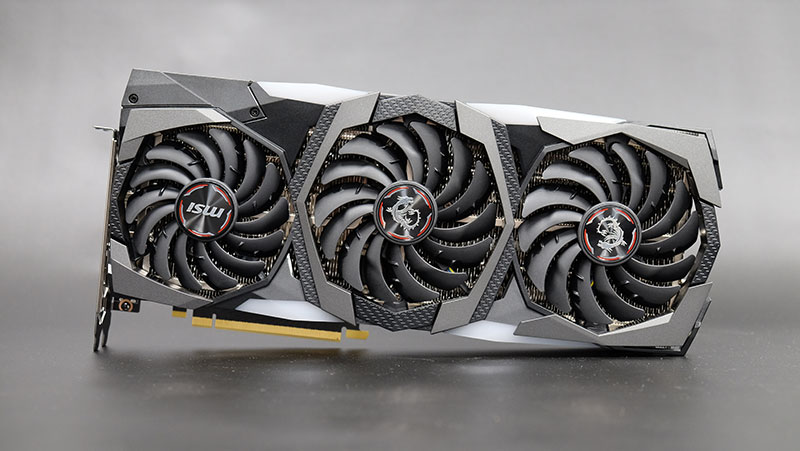 The MSI GeForce RTX 2080 Super Gaming X Trio is one of the largest cards being reviewed here. It's wide too, measuring a good 32.8 x 14 x 5.65cm. You'll need over 30cm of clearance in your chassis and three slots at the rear, so make sure you have the required room before committing to this card.

It also has one of the more striking designs of the lot, featuring carbon fibre accents, assymmetrical fans, and LEDs set into the edges of the cooling shroud. If you don't like the lights, you can turn them right off, and the card will still look quite good even after it goes dark. 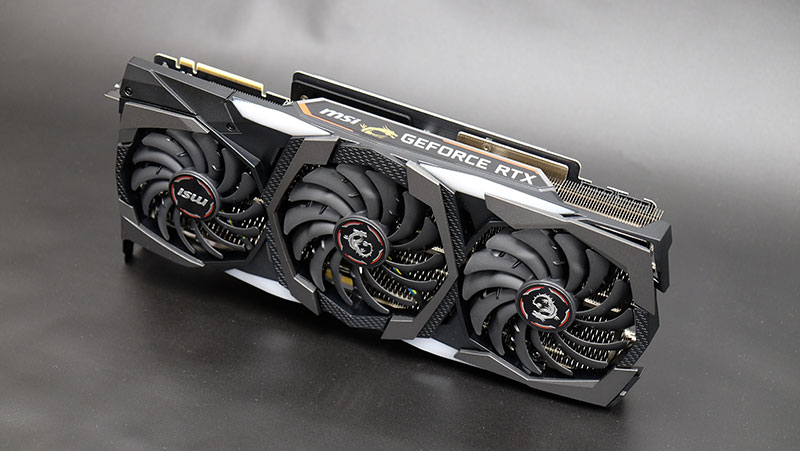 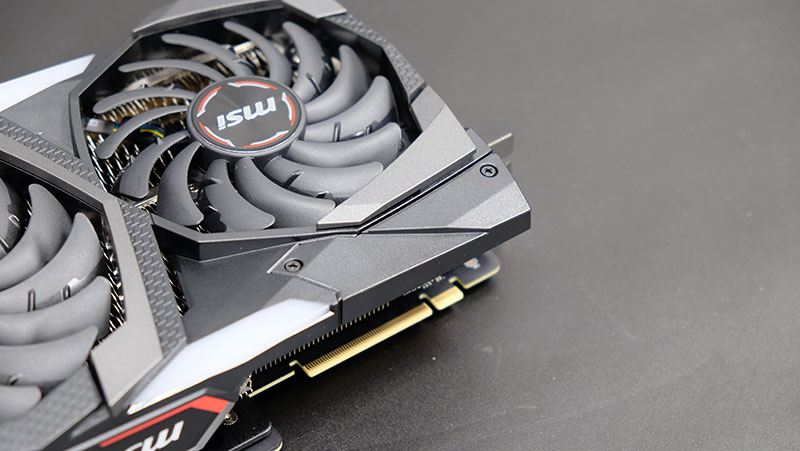 The fan design is the most interesting, since the leftmost fan is quite obviously smaller than the other two. I don't think this actually serves any particular purpose though, and it seems like MSI is just trying to maximise the space available by putting in as many big fans as it can. Large fans can push more air at lower speeds, which means less noise overall, so it does make some sense. The Tri-Frozr cooler uses three double ball bearing Torx 3.0 fans that employ a mix of dispersion and traditional fan blades. The former has a special curved blade which accelerates airflow, while the latter serves to push air down to the heatsink. 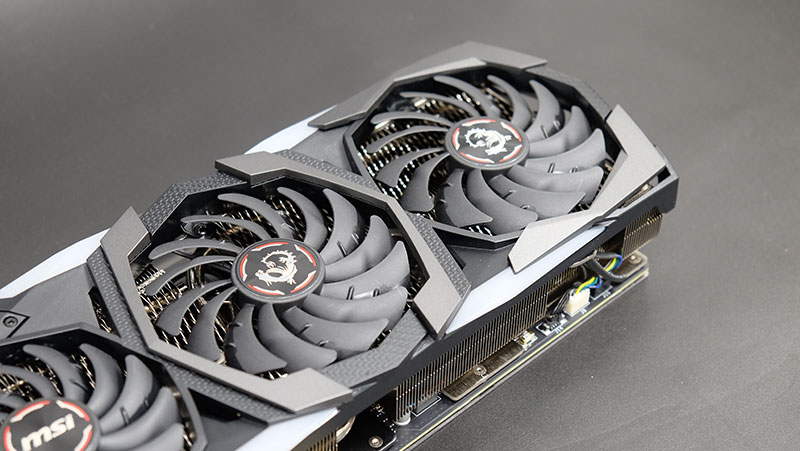 The fans support semi-passive operation as well, and they'll sit idle when the GPU core temperature falls below 60°C.

The heatsink itself also features design tweaks to let air pass through more smoothly and channel air directly onto the heat pipes. MSI refers to this as its "Wave-Curved 2" fins, and they're basically notches in the normally straight edges of the heatsink fins that resemble undulating waves.

The GPU die comes into contact with a nickel-plated copper base plate, which then transfers it to a tightly-bunched arrangement of seven copper heat pipes. The heat pipes are arranged right next to each other where they touch the base plate, which MSI says helps maximise heat dissipation. A dedicated aluminium plate also covers the VRM and MOSFETs, so those crucial components aren't neglected either.

On the other side of the PCB, you'll find a metal backplate with a silver, brushed metal finish. It's very attractive, and there are also thermal pads so the backplate doubles as a passive heatsink of sorts while protecting the PCB against flexing. There are holes cut out in it too, which supposedly help improve airflow. 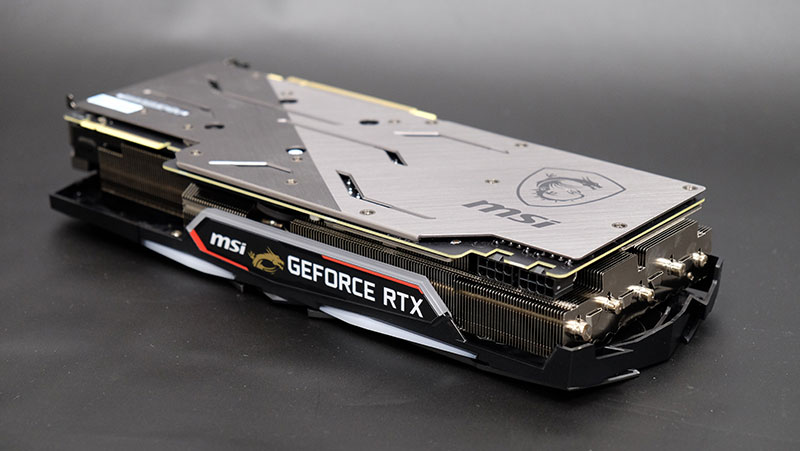 The card relies on two 8-pin connectors for power, up from the one 6-pin and one 8-pin configuration on the Founders Edition card.

The display connectors are the standard affair of three DisplayPort 1.4, one HDMI 2.0b, and one USB-C output. 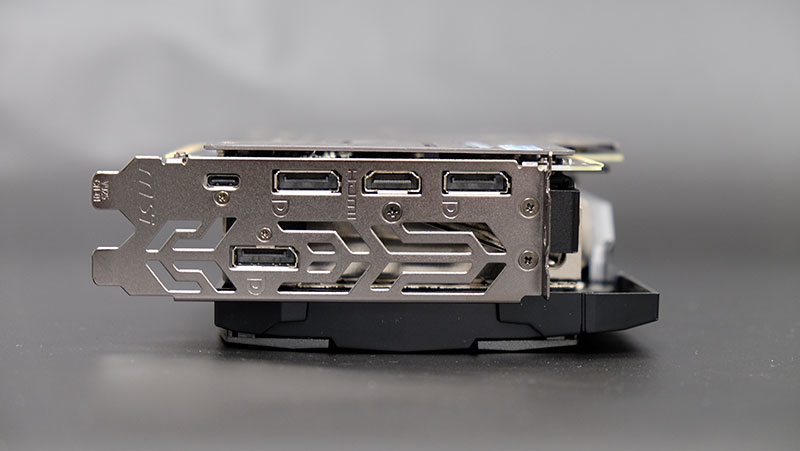