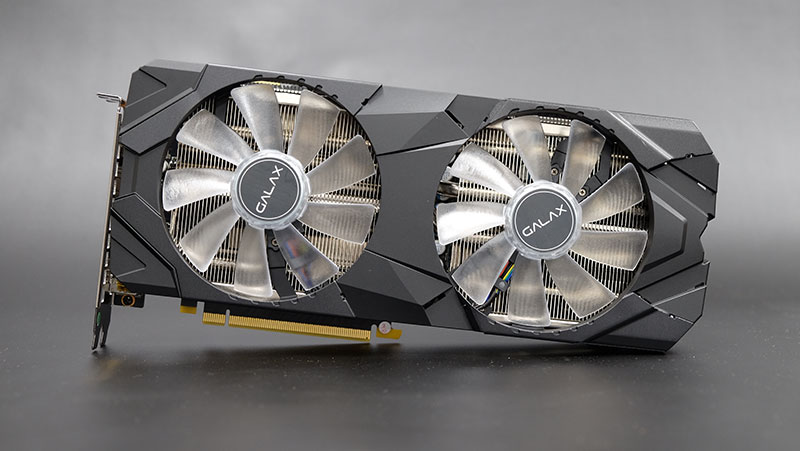 The GALAX GeForce RTX 2080 Super EX 1-click OC is a no-nonsense card that lacks many of the bells and whistles found on some of the other models. You get a plain dual-fan cooler and a simple black cooling shroud with the words "What's Your Game?" stamped in white text on the side. I'm really not a fan of these gratuituous words, and I'd have much preferred if GALAX just embraced the card's utilitarian design and went for a no-frills, all-black design. 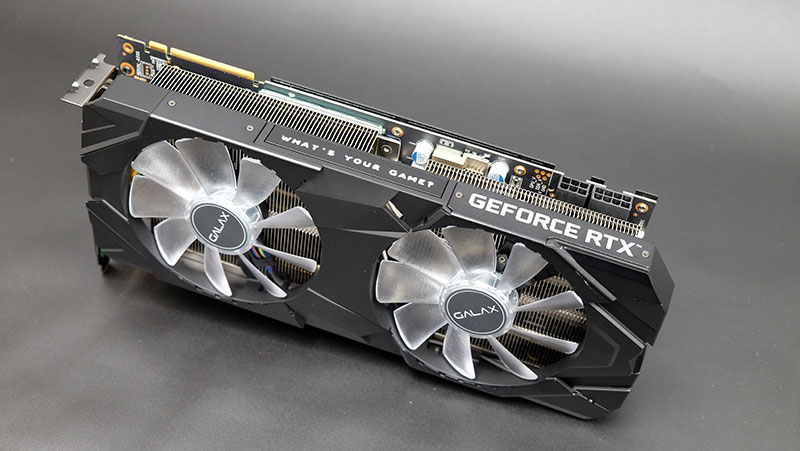 The aluminum backplate has white accents too, and I don't think they do much for the design either.

But what really matters is the cooler, and the card comes with two 100mm fans that support semi-passive operation for lower noise. Compared to the fans from the GeForce GTX 10-series, GALAX says the new fan design has increased airflow by up to 90 per cent. Static pressure performance has been improved as well, which means the fans should be able to drive air through the dense heatsink more effectively. In addition, the company worked to increase the total surface area provided by its heatsink fins by around 50 per cent. 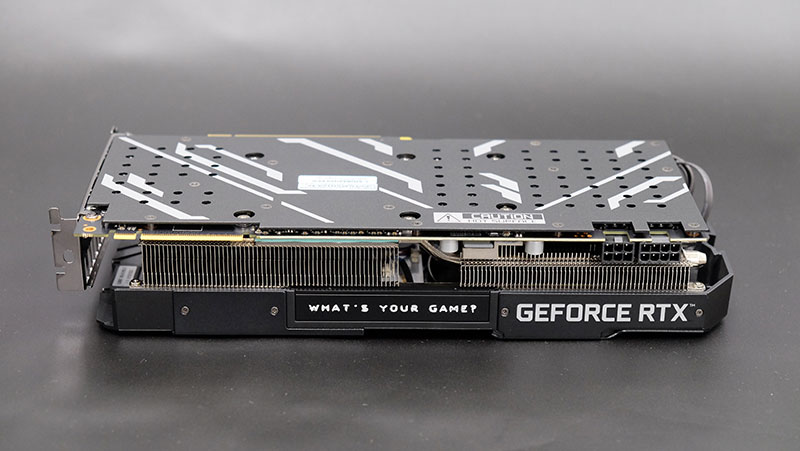 That said, the design is still rather spartan. The card feels pretty light in hand, and it lacks any further reinforcements such as the metal brace on the ASUS card. It doesn't have the reassuring heft that some of the other cards do, but that's not necessarily a bad thing if you don't like feeling as if your card is going to pull the motherboard off its standoffs entirely.

Of course, no gaming card would be complete without RGB lighting, but it's just confined to the fans on this card. It's not going to be that visible if you mount the GPU horizontally within your upright case, and there's no lighting on the backplate. 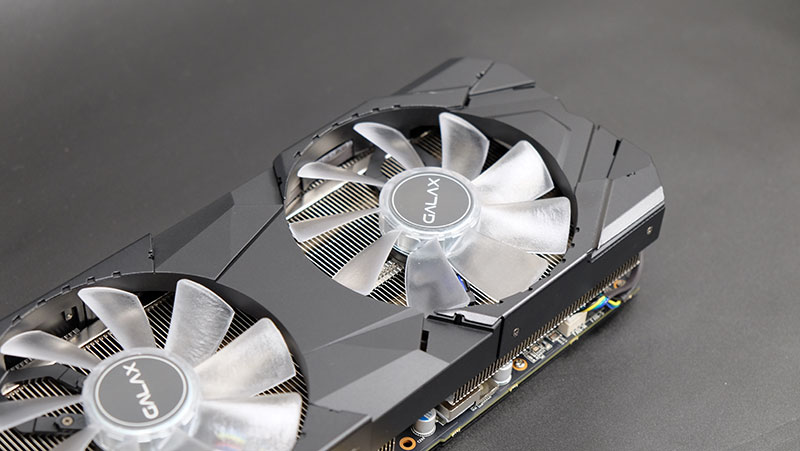 The 1-click OC moniker in the card's name is probably its most defining feature. At first, I thought it might be some dedicated hardware button to boost the clock speeds on the card, but it's really just a setting in GALAX's Xtreme Tuner software. It boosts the card's clock speeds up to a 1,665MHz base clock and 1,860MHz boost clock, which is still less aggressive than what the ASUS ROG Strix GeForce RTX 2080 Super Gaming Advanced offers in OC mode. In fact, I'd say that GALAX's implementation is really just a version of OC mode on some other cards, and the "1-click" branding makes it sound a lot more novel than it really is.

The card relies on one 6-pin and one 8-pin connector for power, not unlike the Founders Edition model. 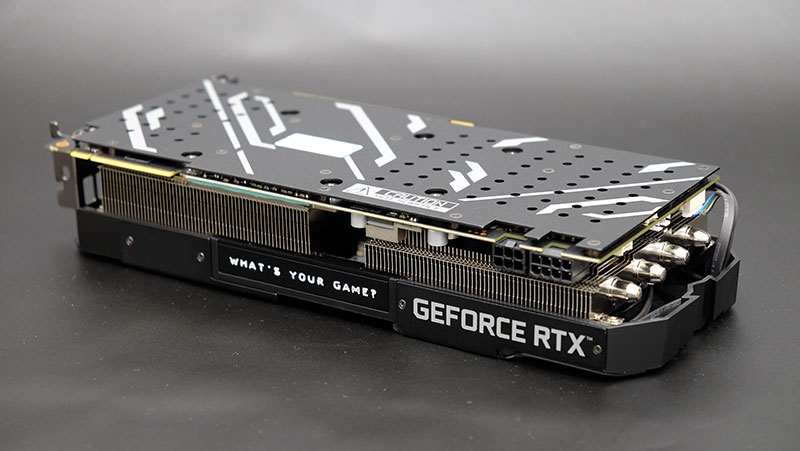 In terms of display connectors, the card has three DisplayPort 1.4 and two HDMI 2.0b outputs. There is no USB-C connector however, although you probably won't miss it (unless you are gaming with the newer USB-C powered VR headsets). 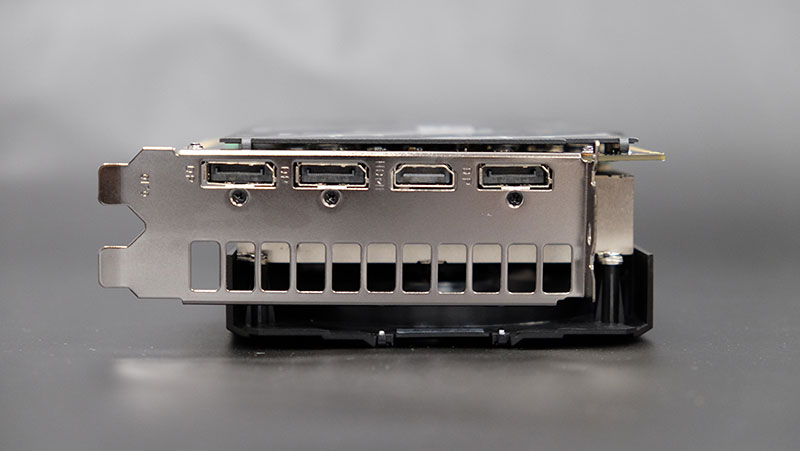 One good thing about the card is that it's one of the slimmer custom GeForce RTX 2080 Supers available. It requires just the standard two-slot allowance, so that's good news if you can't really spare the space.