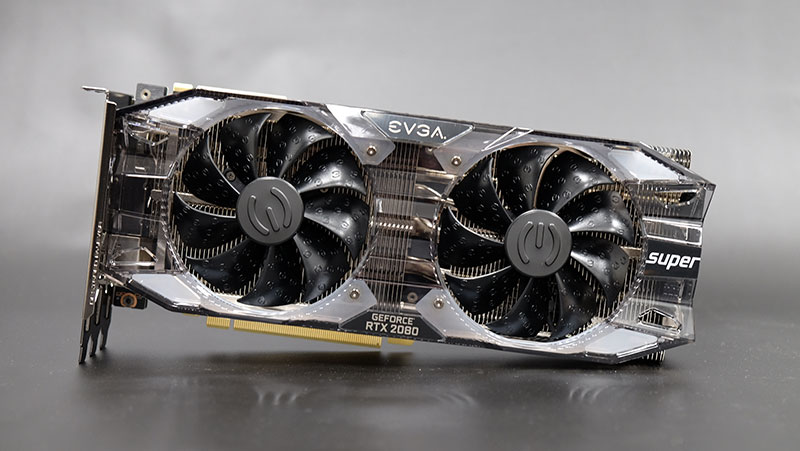 EVGA's custom GeForce RTX 2080 Super graphics card looks quite different from all the other cards in the shootout, and I mean this in a good way. The transparent cooling shroud is distinctive and pretty unique, and it lets you peek through and view the huge finned heatsink underneath. The design is relatively subdued too, owing to the muted colours and plain see-through plastic.

This is one of the thickest custom GeForce RTX 2080 Super though, and it'll require the full three slots in your case. The cooler sure has some impressive girth, and it uses EVGA's new iCX2 cooling design, which it introduced with NVIDIA's GeForce RTX 20-series cards. According to the company, it has made improvements to the baseplate, heatsink, and fans in order to better the cooling performance. 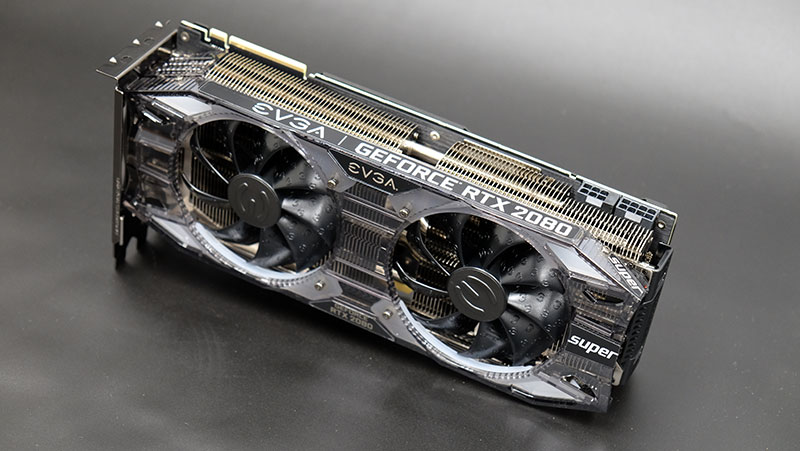 For starters, a new "plate-punched" design was used to improve the baseplate's contact with key components and the heatsink itself. The cooler also relies on a heat pipe that makes direct contact with the VRM components to whisk heat away. In addition, there are cross-drilled perforations in the heatsink itself to allow air to move more freely throughout, and certain fins are also L-shaped to help direct air to areas that require the most cooling. Finally, EVGA tweaked the heatspreader to have better contact with the GPU, providing a greater contact area for more efficient heat transfer. The heatspreader interfaces with the rest of the heatsink array by way of six heat pipes. 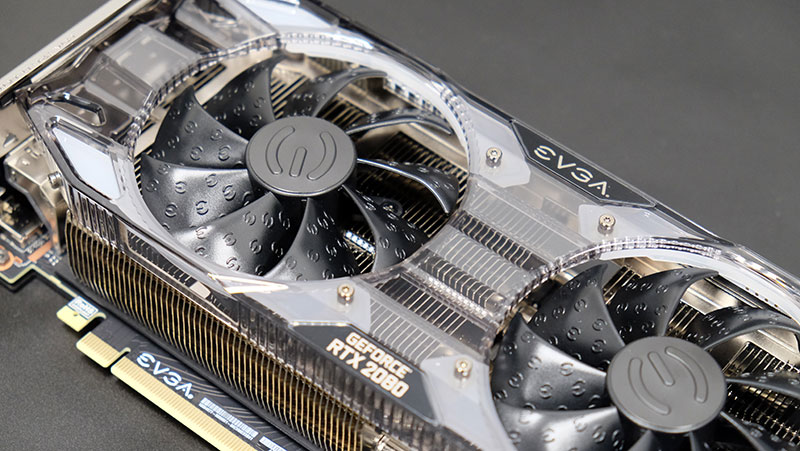 The dual fans use hydraulic-dynamic bearings, which are supposed to provide better performance while outputting less noise. Each fan blade also has a raised "E" from the EVGA logo stamped onto it, but that's not just for decorative purposes. Supposedly, the raised ridges create a smoother slipstream for each fan and help improve airflow as well. 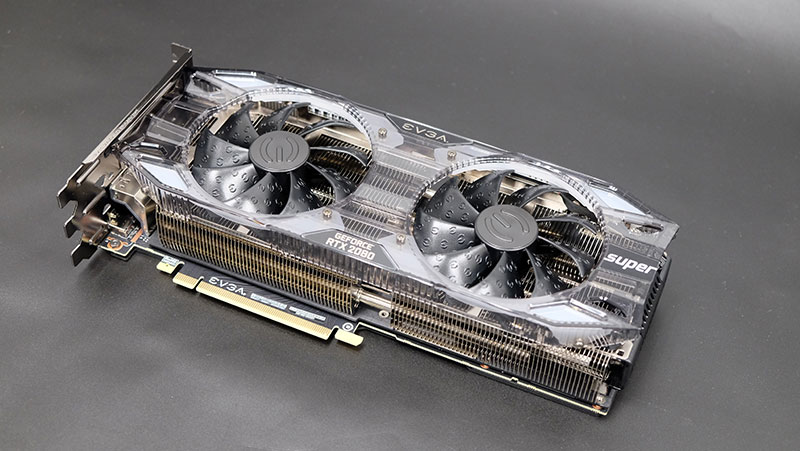 The fans are able to stop spinning when the card isn't working as hard, and they'll only start working when the GPU temperature hits 55°C.

EVGA has slapped a metal backplate on the card too to protect the PCB against flexing. It interfaces with some of the components below using thermal pads, so it doubles as a passive heatsink of sorts as well. The metal has a rough, granulated texture to it, which I find to be quite attractive.

The card will work with EVGA's Precision X1 software, which will let you adjust the frequency curve and customise the RGB LEDs. It ships with a 1,650MHz base clock and 1,845MHz boost clock, which is more or less in line with most other custom cards today.

In addition, it relies on one 6-pin and one 8-pin connector for power, the same as the Founders Edition model. 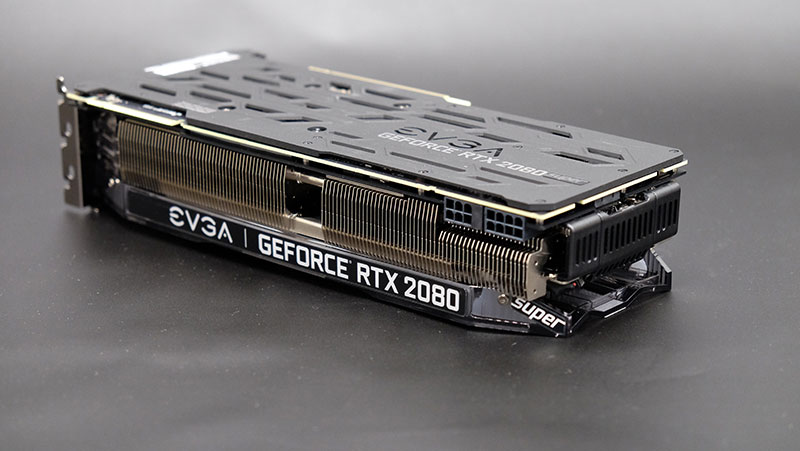 Finally, the rear I/O features three DisplayPort 1.4 connectors, one HDMI 2.0b, and one USB-C output. It's in the same arrangement as on the Founders Edition model, but the I/O plate has been extended to match the thickness of the cooler. That gives a slightly disproportionate look and there's a lot of empty space to contend with. 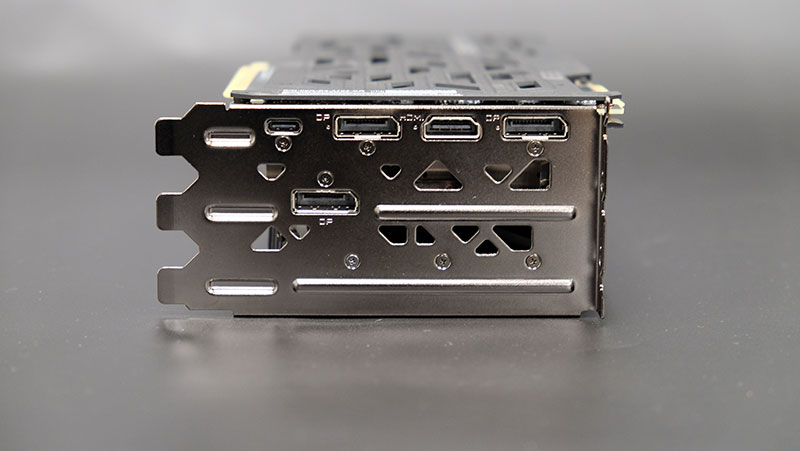