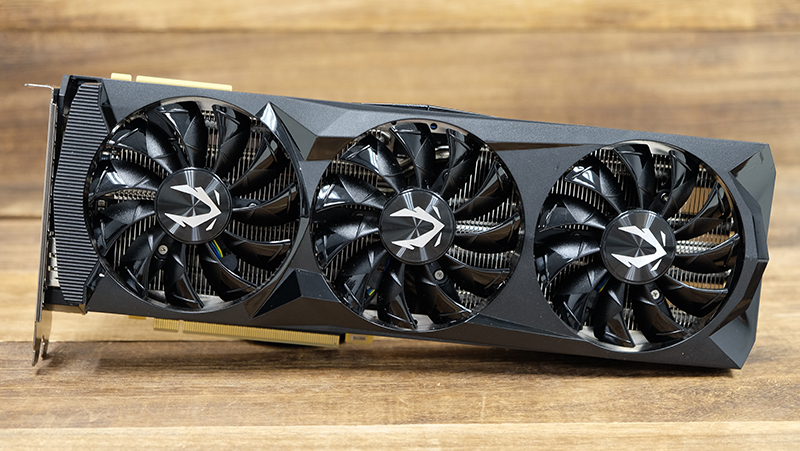 Note: Zotac also has higher-end cards with the AMP Extreme Core and AMP Extreme, but they were not available locally at the time of writing. As a result, we weren't able to include either of them in this shootout.

Zotac’s GeForce RTX 2080 card looks like it’s trying to fly under the radar. It lacks any distinctive design flourishes, and its plain black plastic shroud probably is best described as inoffensive.

The card doesn’t exactly light up either when you plug it in. The only LEDs are found in the Zotac Gaming logo on the card’s side. You can customize this using the Spectra utility, but it sure isn’t a lot to play with. To be fair, this isn’t necessarily a bad thing, especially if you hate RGB LEDs, but it does make the card look a little lacking compared to the competition.

Furthermore, the card isn't clocked as high as its rivals, featuring a modest 1,515MHz base clock and 1,830MHz boost clock.

Having said that, I find myself compelled to comment on the card’s packaging. I don’t usually do this, but I think Zotac’s approach deserves special mention. The box holding the card sits in a striped plastic sleeve. The box itself is printed with an illustration of the card, and when you slide it out, the picture combines with the striped pattern to create the illusion of fans in motion, a nice effect that I wasn't expecting. 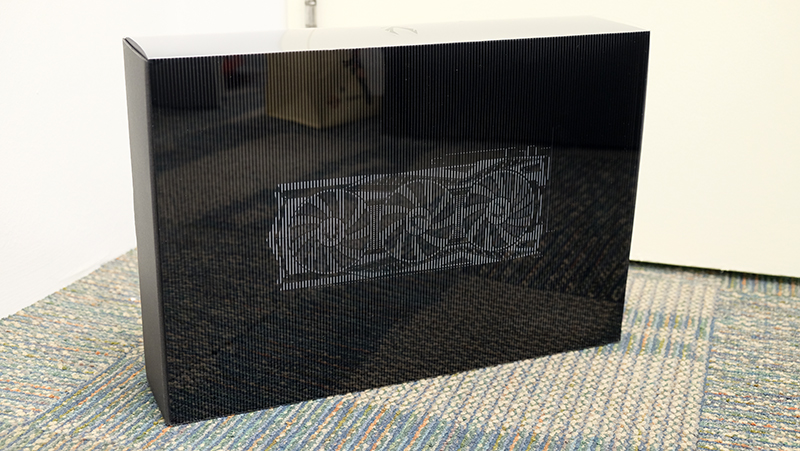 Like many other custom Turing cards out there, the AMP is super tall and large. It measures 308mm long and 57mm thick, so you’ll need a 3-slot allowance for it, just like every card in this shootout. Zotac says it made the aluminum fin stack array larger and thicker, pairing it with five 8mm copper heatpipes to draw heat away from the GPU. 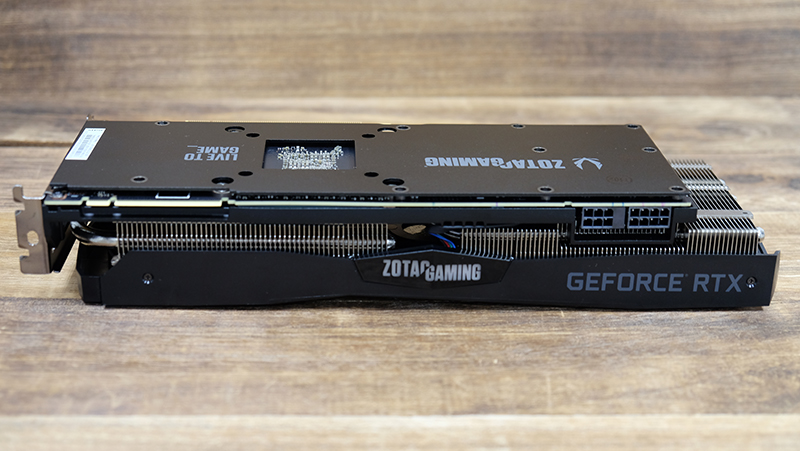 In addition, a diecast metal jacket has been added to reinforce the PCB. This metal sheet spans the entire board and prevents it from flexing, but it also doubles as a method of passive cooling and an extra avenue for heat dissipation. Thermal pads interface with the VRM and memory modules, which should increase the cooling effectiveness somewhat.

Zotac is also using something it calls Active Fan Control, which allows the fans to work independently of each other. Two individual fan controllers let users adjust the rotations of individual fans, so you can increase airflow to certain portions of the PCB if needed. In theory, this means less noise because the other fans don’t have to work harder than they need to. Everything is also done automatically, so there’s less hassle on your end.

The fans blades feature small ridges as well, and these supposedly help generate multiple currents and direct airflow toward the heatsink. 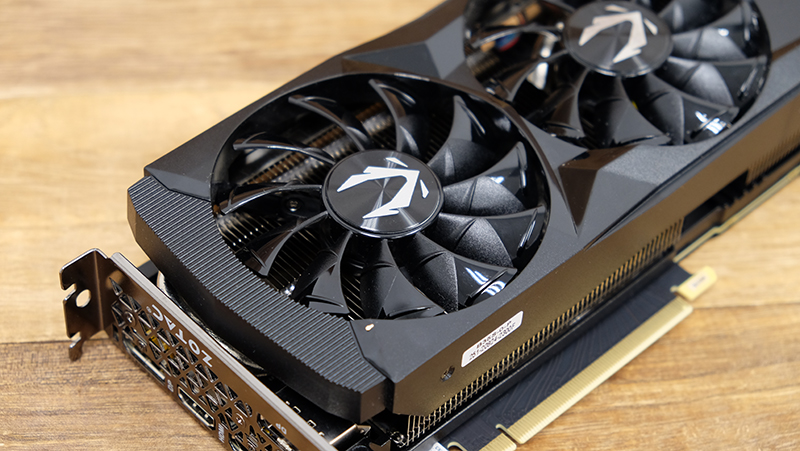 One odd design feature is the fact that the cooler extends beyond the PCB and metal backplate. I don’t really like the look of this as it makes the card look like disparate parts have been hastily cobbled together. If you want a larger cooler, I feel like you should design a custom PCB that’s longer and matches it for length. 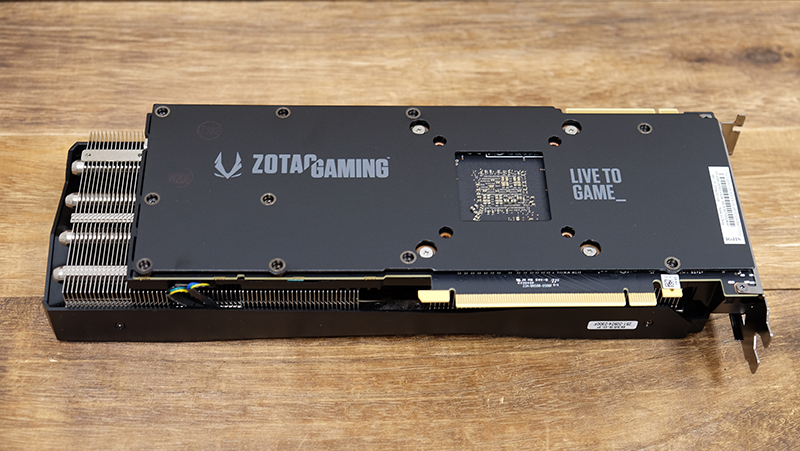 That aside, Zotac has gone with three DisplayPort and one HDMI connector, the same as the Founders Edition model. It’s also kept the power connectors the same, so you get one 8-pin and one 6-pin connector instead of the dual 8-pin that the other cards have implemented. 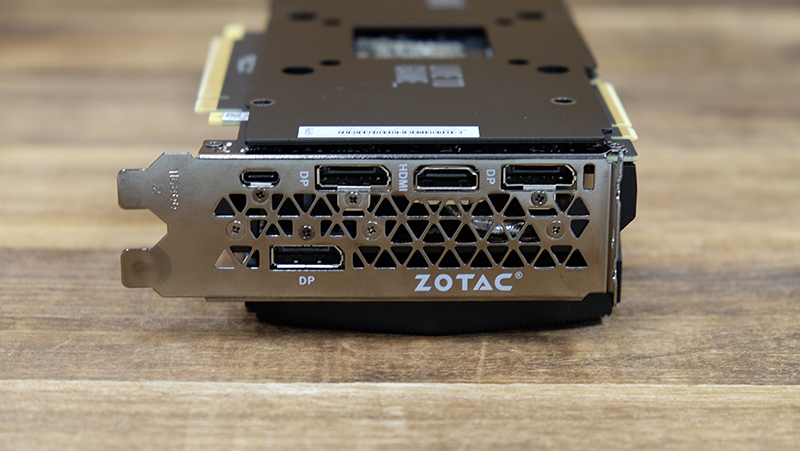