Note: Zotac also has higher-end cards with the AMP Extreme Core and AMP Extreme, but they were not available locally at the time of writing. As a result, we weren't able to include either of them in this shootout.

Next up, here's a list of all the benchmarks used. We've already run through a wider range of tests in our review of the GeForce RTX 2080 Founders Edition, so we'll just be going through a more limited selection here:

Unsurprisingly, the cards were pretty much neck-and-neck with each other throughout. The one laggard would be the GALAX card, probably owing to its lower boost clock speeds. That said, it's not as if it is behind by a super large margin, and it mostly trailed by just a couple of percentage points. 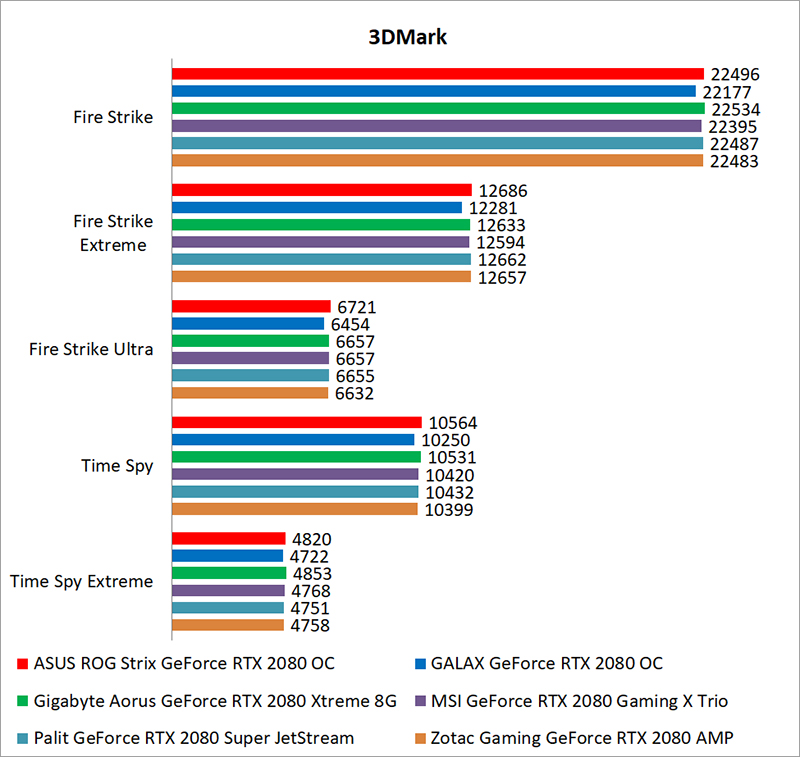 NVIDIA has mentioned Shadow of the Tomb Raider a lot lately, largely because it will be one of the first games to support its RTX technology through a post-release patch. At the time of writing however, the patch hasn't dropped yet, so the results still deal with conventional performance metrics. Once more, the custom cards here are just a hair faster than the Founders Edition.

However, they once again performed very similarly to each other, and it was difficult to tease out a clear winner. 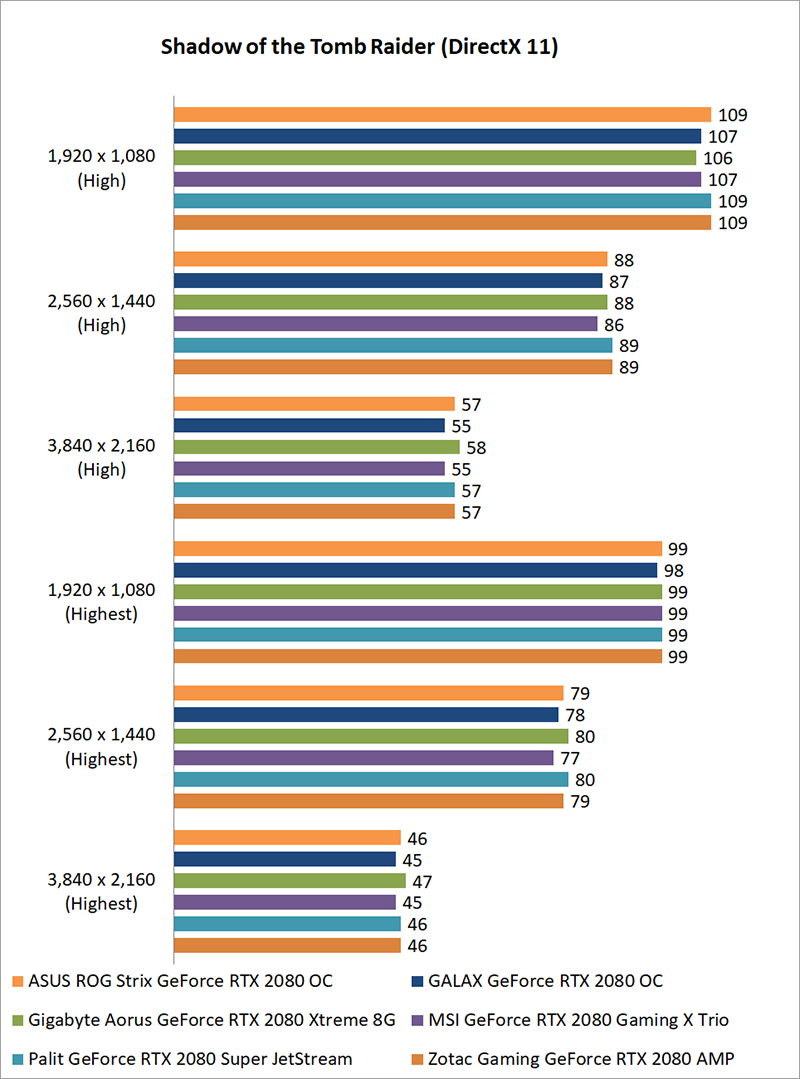 Most of the custom cards tested here ran much cooler than the Founders Edition, which posted a peak temperature of  72°C. However, both the GALAX and Gigabyte cards ran slightly hotter, a disappointing outcome. The Gigabyte card's lackluster cooling performance was especially surprising, given the size of its cooler. 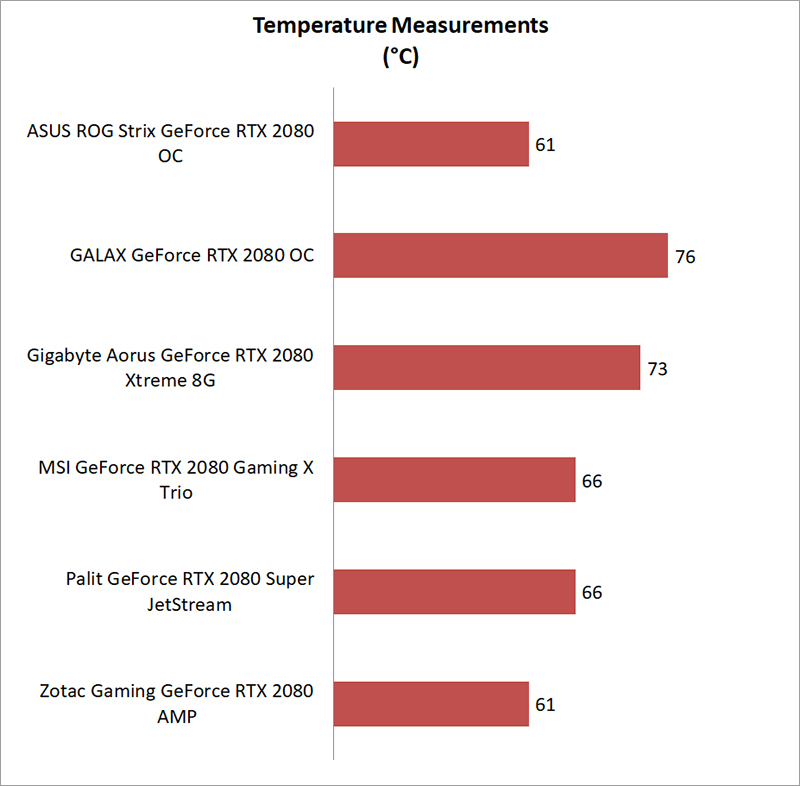 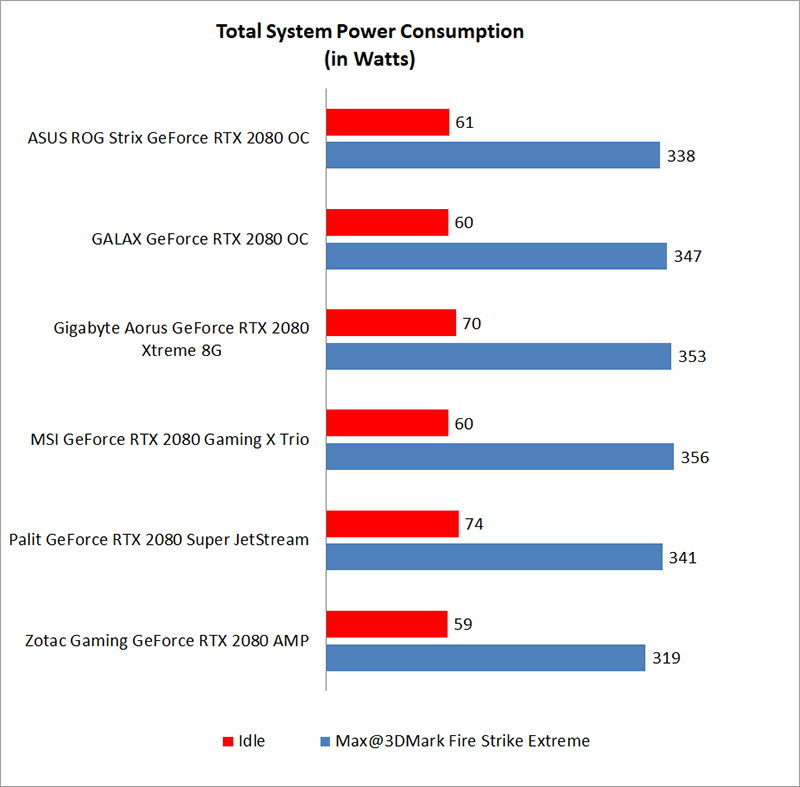 Overall, the Gigabyte card was able to achieve the highest boost clock speeds, which translated into the best performance in 3DMark - even if it's just by a small degree. 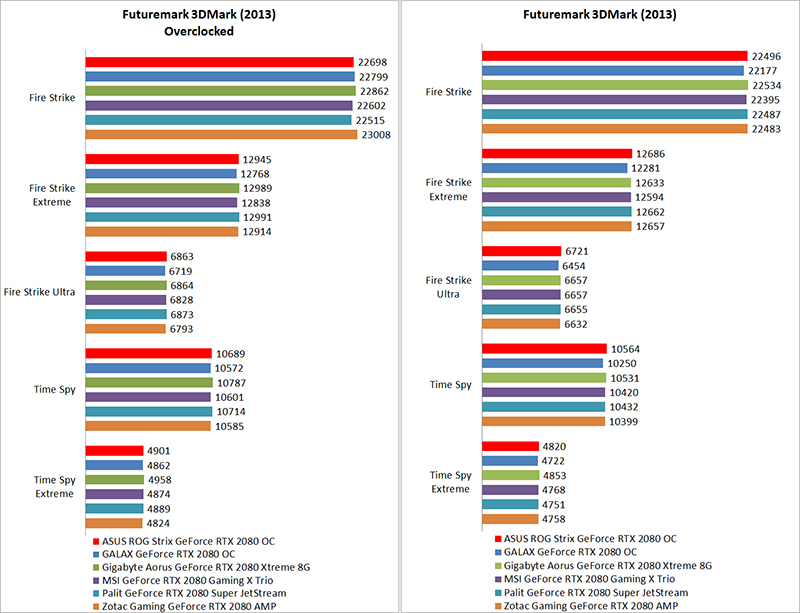