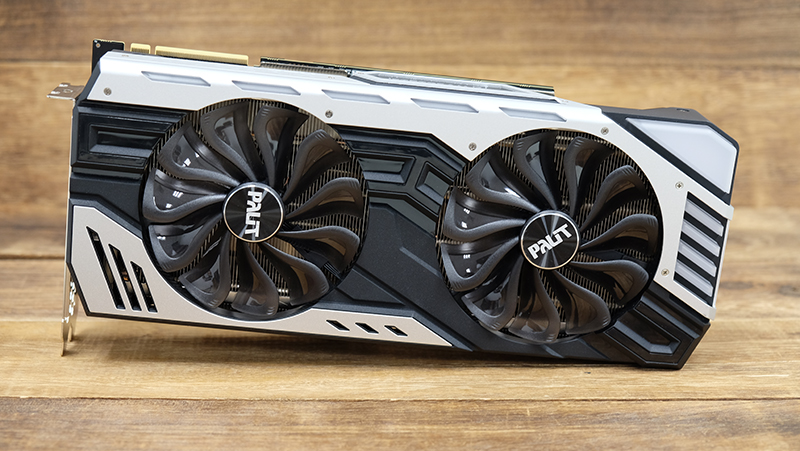 The Palit GeForce RTX 2080 Super JetStream stands out because of how thick it is. At 59.6mm thick, it is taller than the other cards, thanks to the hefty cooler Palit has slapped on it. This is a 2.7-slot card, so you’ll need a 3-slot allowance for it. It measures just 292mm though, so it also happens to be one of the shorter cards in this shootout.

To my eyes, the silver-and-black cooling shroud looks a lot better than the bright blue that Palit splashed onto its GameRock cards from the last generation, and it should fit in much better with a wider range of builds. 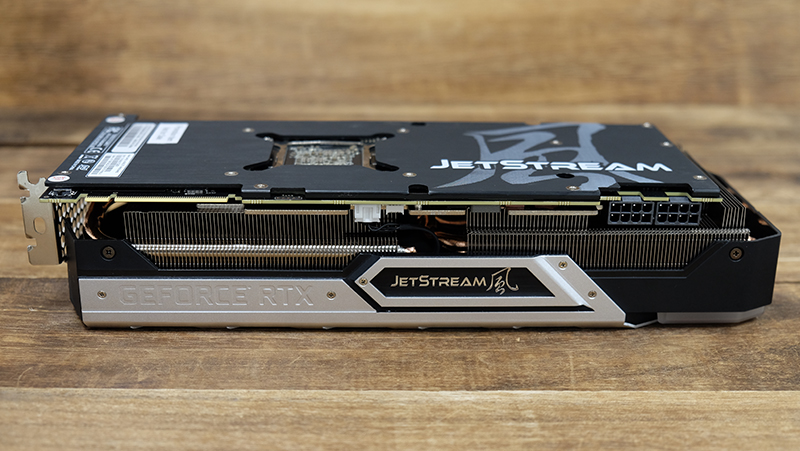 The Super JetStream card also doesn’t feature that many fancy LEDs. They’re mostly limited to the face of the cooling shroud, and the backplate and sides of the card don’t feature any LEDs at all. Still, you can use Palit’s ThunderMaster utility to control the lighting effects, including syncing them to your GPU temperature. 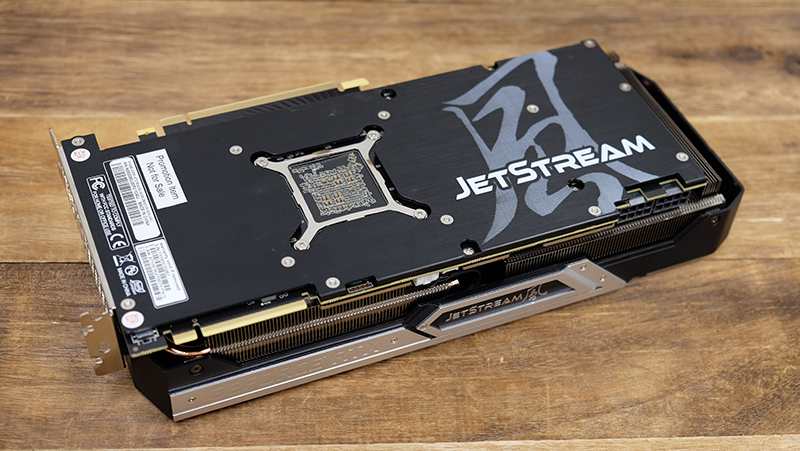 Nevertheless, while there’s nothing terribly wrong with the build quality per se, it does feel like a step down from the all-metal Founders Edition card.

The card ships with a 1,515MHz base clock and 1,860MHz boost clock out of the box, which is pretty standard and in line with most of the competition. However, an onboard BIOS switch actually lets you switch between OC and Standard speeds. This should also prove useful when you need to recover from failed overclocks or some corruption of the card’s BIOS. 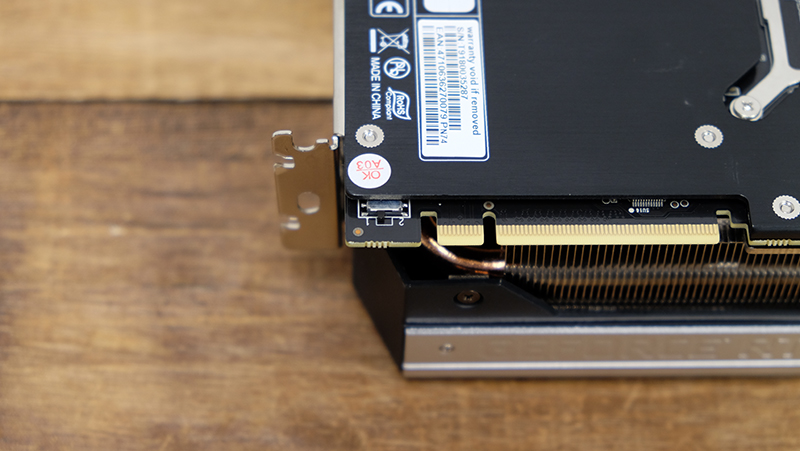 Palit says it also tweaked the JetStream design, adding a large copper base that makes contact directly with the GPU. The card features a total of five copper heatpipes, which help transfer heat from the copper base plate to the main heatsink. The metal backplate on the rear helps support the card, but it is also equipped with thermal pads that help convey heat away from the VRM and memory components on the flip side of the card.

The fans on the Super JetStream runs really quiet as well, and I see few people having complaints in this area. Palit says its fans are powered by a 6-pole motor, and even though the dual-fan design may appear a little underwhelming compared to the triple-fan offerings from its rivals, the good news is that thermal performance so far seems to be more or less up to snuff.

On the rear, the display outputs remain unchanged from the Founders Edition model, and you’ll find three DisplayPort, one HDMI, and one USB-C connector. Palit’s signature honeycomb bracket makes a reappearance here as well, and its perforated design supposedly helps improve airflow and allows heat to exit the card more effectively from the rear. 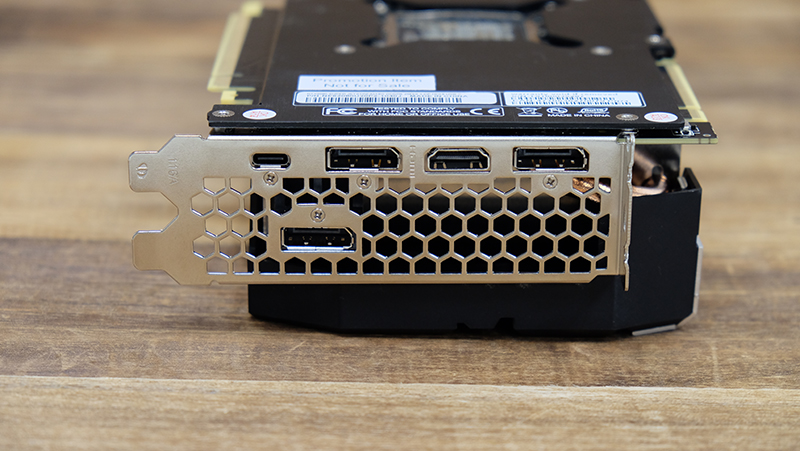 And like the other custom cards, Palit has also opted for two 8-pin PCIe connectors to supply more power to the GPU.