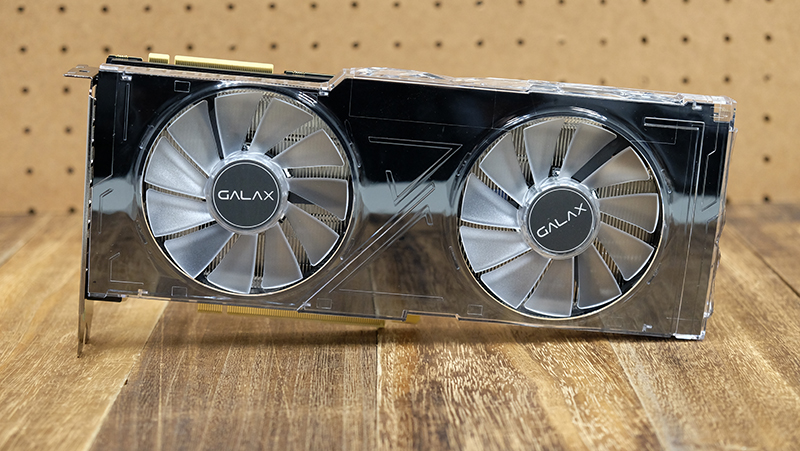 The GALAX GeForce RTX 2080 OC is one of the more compact custom cards available. It’s just slightly larger than the Founders Edition model, measuring 283 x 139 x 41mm. This is a dual-slot design that should fit fine in most cases, even the more compact ones, which is more than can be said for many of the cards in this shootout.

Still, its more petite dimensions obviously raise the question of cooling. The other cards are so large because of their huge, beefy coolers, so you’re probably wondering if GALAX’s more compact cooler can keep up with the rest. Unfortunately, as you’ll see in the results section later, it actually performs worse than even the Founders Edition card, which is slightly disappointing. 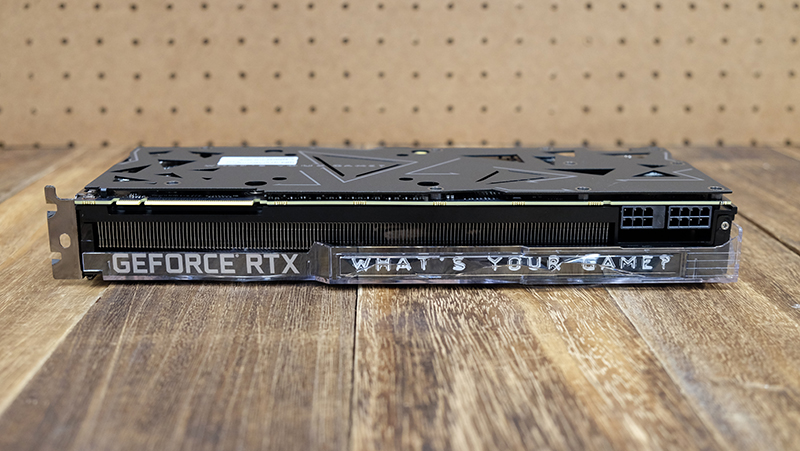 The company has gone with a vapor chamber heatsink that spans nearly the entire PCB. This supposedly helps quickly spread heat generated by the GPU to the rest of the heatsink, while a dense fin array increases the surface area available for heat dissipation. The dual 90mm fans draw cold air directly over the heatsink, and hot air is later exhausted out the sides.

The card feels pretty well put together, but I can’t say I’m a fan of the predominantly plastic build. Furthermore, the card is encased in an acrylic shell of sorts that only highlights the plastic construction. It doesn’t feel bad, but I’d much have preferred a matte finish on the cooling shroud.

GALAX refers to this as its “Xrystlic” double-layered surface, and the acrylic layer sits on top of the card’s “What’s Your Game” slogan at the side. The words boast customizable RGB backlighting as well, which I find to be a little on the nose. I really don’t see why anyone would want to have these words screaming at them from the card’s side or backplate, and it honestly seems unnecessary. 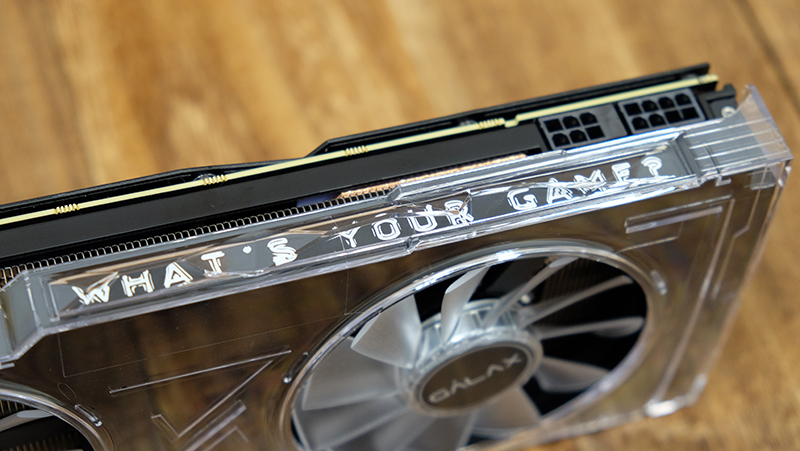 The fans have their own RGB illumination as well, and you can tweak the colors and effects to suit your own preferences.

The backplate helps add some extra rigidity to the card, and it’s also perforated by a multitude of triangles that give it a slightly bizarre look. 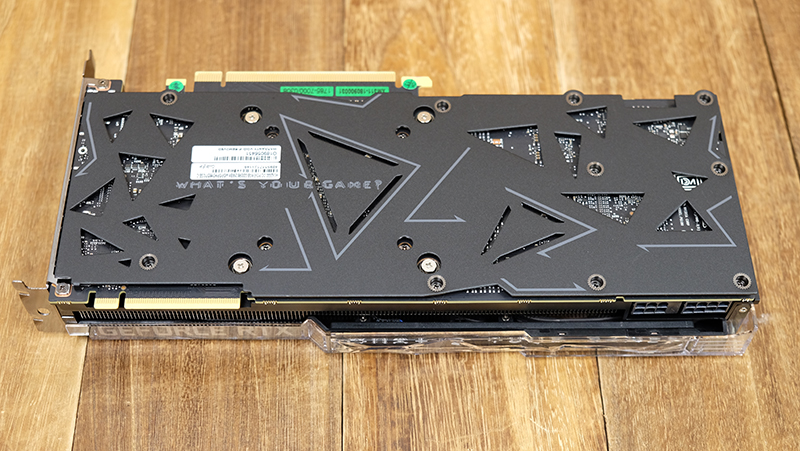 Round the back, you get the same selection of display outputs as the Founders Edition model, including three DisplayPort, one HDMI, and one USB-C output. 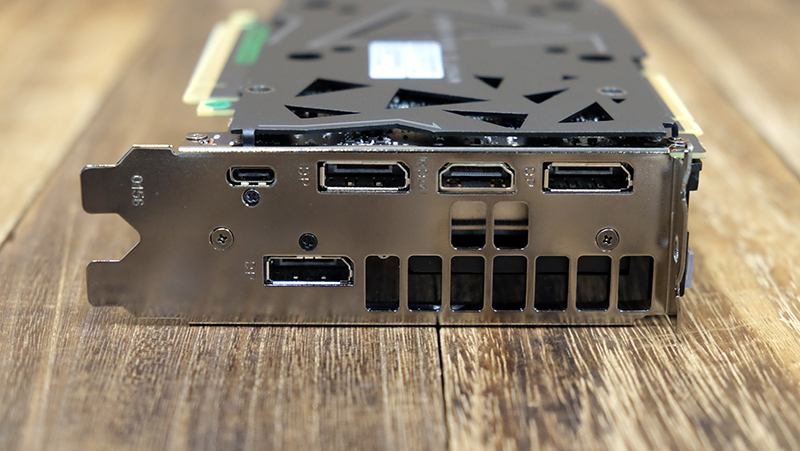 One final point to note is the card's power connectors. It has just one 6-pin and one 8-pin PCIe connector for power, so it isn't pushing the overclocking angle as hard as the other cards with two 8-pin connectors.

Overall, this card offers quite a spartan feature set, at least when compared to the offerings from ASUS, Gigabyte, and MSI. That’s partly reflected in its S$1,259 price tag, the most affordable of the lot, and it’ll more likely appeal to those looking for a custom card that’s easier on the wallet.