Note: This article was first published on 2 July 2019. 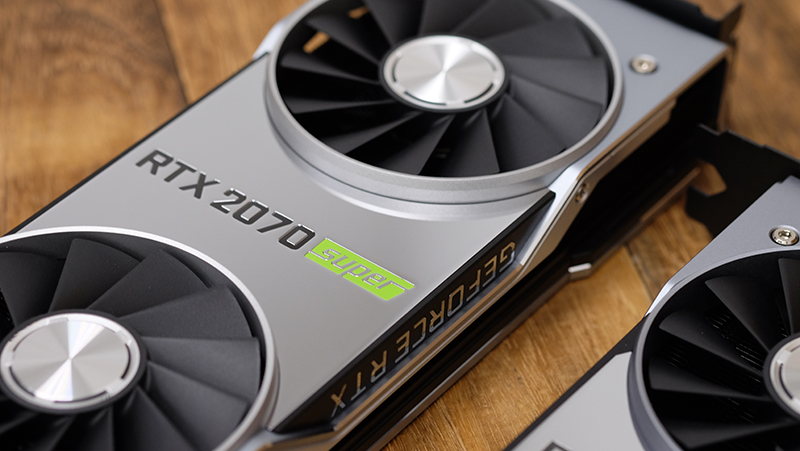 NVIDIA isn't about to let AMD dominate the news cycle. Ever since Computex and E3 came and went with no word about that something "Super" that was coming, I had felt the anticipation for a new announcement from the green camp kind of wane. Then, out of nowhere, NVIDIA announced the GeForce RTX 2060, 2070, and 2080 Super, souped-up versions of the original Turing cards that pack in more CUDA cores and higher clock speeds.

It almost seems like NVIDIA was waiting till just before the 7 July availability of the AMD Radeon RX 5700 XT and 5700 to announce the cards, seemingly hoping to undercut its rival and steal some of the thunder. After all, one of the selling points of the Radeon RX 5700 XT was that it offered slightly better performance than the GeForce RTX 2070 at the same price.

That said, here's a recap of what NVIDIA's GeForce RTX product stack looks like right now: 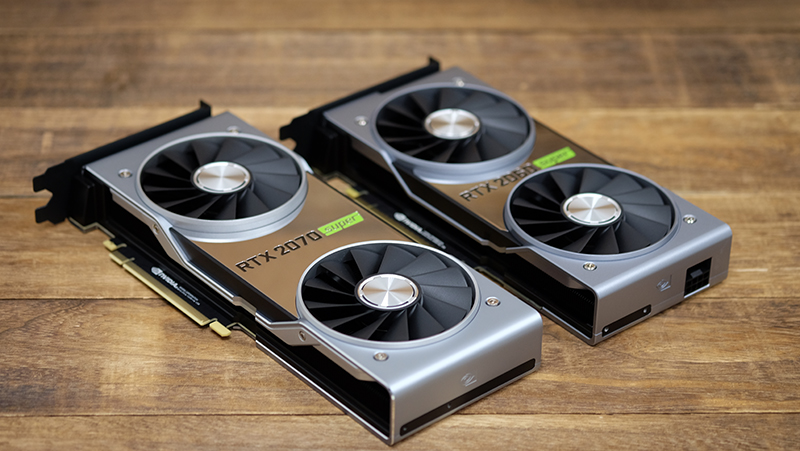 To be honest, Super isn't the most exciting upgrade on paper. If you already bought a Turing card from last year, I'm not sure that there's a lot that will entice you to get one of these new cards. There's also no PCIe 4.0 support, which means AMD still has the lead in that area.

That said, the performance boost is not insignificant, and the good news is that NVIDIA hasn't just ramped up the clock speeds to achieve this. It's added more CUDA cores as well, so this is a more far-reaching upgrade than it seems at first, even if it still uses the same Turing architecture.

Here's an overview of the specifications of the cards:

The GeForce RTX 2060 Super may be the one that sees the most changes compared to its predecessor. Other than the increased CUDA core counts, it also boasts an expanded 8GB of GDDR6 memory and a wider memory bus. That may be why NVIDIA is offering it as a new SKU instead of using it to replace the GeForce RTX 2060, as it's doing with the GeForce RTX 2070 and 2080.

NVIDIA is changing tack this time around with Founders Edition models that stick to the stock speeds. This means that the hundred-dollar price premium is going away as well, good news for those of you who really like how they look. I'm not sure how I feel about this move though, since I find that the new Founders Edition models that NVIDIA introduced last year feature a luxurious build and look that go well with more aggressive clock speeds. They look and feel like high-end cards, and there's no reason why they shouldn't get a performance boost as well. 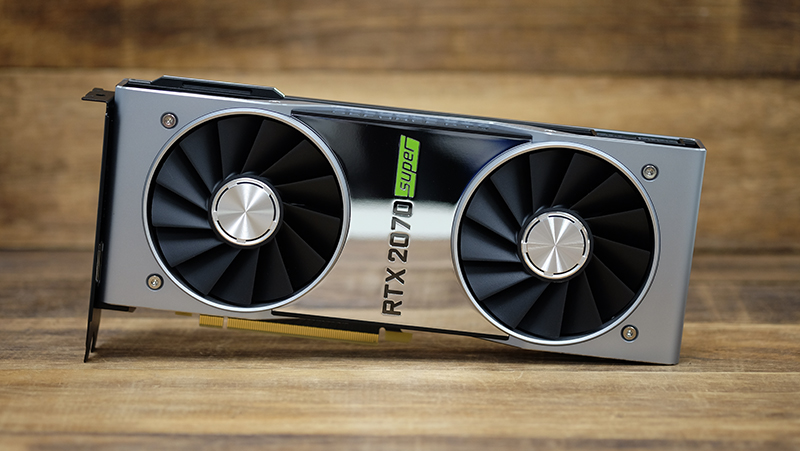 That aside, this year's Founders Edition models are getting a slightly new look too. Gone is the matte black centerpiece. In its place, NVIDIA has slapped on a shiny piece of chrome with a glorious mirror-like finish, topped off with the word "Super" in bright green. I really like the chrome, even if it is a fingerprint magnet, but I do think the green "Super" branding would look better if it was the same color as the rest of the model name. 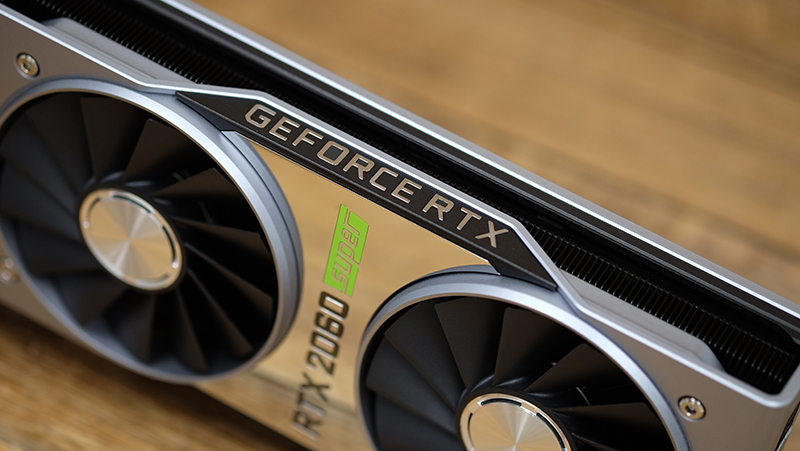 The GeForce RTX 2070 Super Founders Edition is getting a few additional tweaks as well. It now requires one 8-pin and one 6-pin power connector, compared to just a single 8-pin connector from before. That's to be expected, since the TDP has also gone up from 185W to 215W. The card is longer this time as well, whereas before it was around the same size as the GeForce RTX 2060. 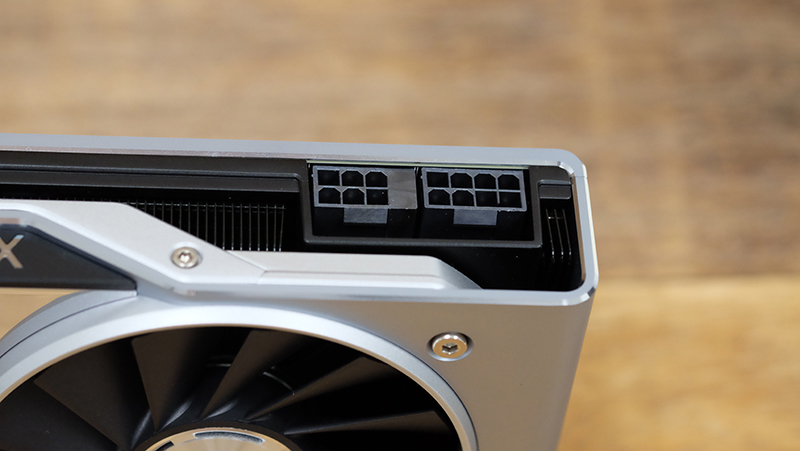 The green "Super" branding can be found on the backplate as well. Both cards still use the same machine-finished aluminum shroud as their predecessors, which means the same impeccable build quality and rock solid feel. Many high-end partner cards still feature plenty of plastic and garish RGB lights, so the Founders Edition cards seem to me like viable options for someone who wants a quality card that stands apart from the sea of strobing RGB lights out there. The only problem is that it's really hard to get your hands on one, and it'd be nice to see NVIDIA improve things in that area. 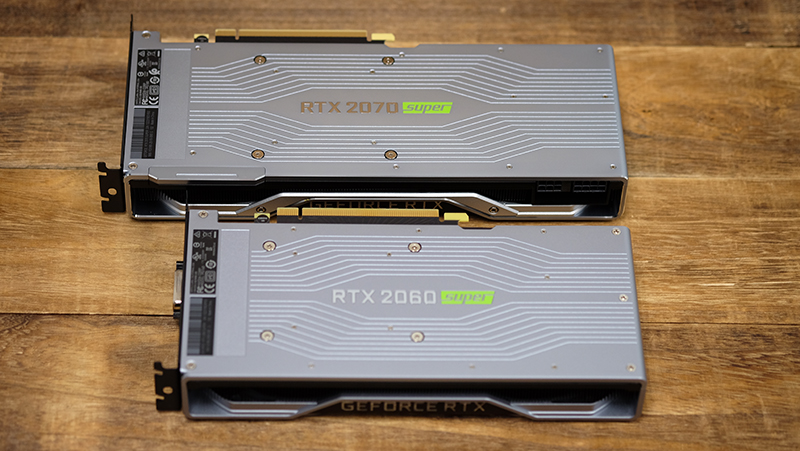 However, appearances aside, nothing much has changed with this year's Founders Edition cards. On the cooling front, they still use two 13-blade axial fans and a vapor chamber cooling solution. They're actually surprisingly quiet for both cards, although temperatures still don't quite measure up to what you'll generally find on custom models.

Finally, you'll find the same HDMI 2.0b, three DisplayPort 1.4a outputs, and a USB-C port that supports VirtualLink on the rear. 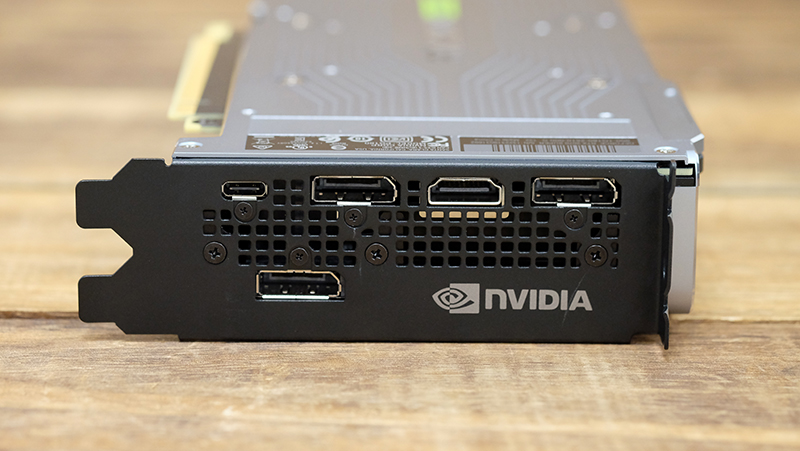 I've already covered the new features baked into Turing, such as real-time ray tracing acceleration and more efficient shading, in greater detail here and here, so you can head there to find out more.