After a lull period, the two graphics giants - AMD and NVIDIA - have awaken. In early January, AMD fired the first salvo by releasing the Radeon HD 7970, the first of their new Southern Islands cards.

Although yields for the fully-enabled GF104 chip has been good, a good number of them have failed to make the cut. And this has enabled NVIDIA to quickly release the GeForce GTX 670, which is essentially a cutdown GeForce GTX 680. 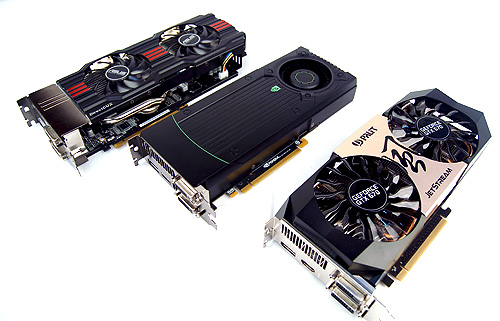 The GeForce GTX 670 is based on the same GK104 core that powers the flagship and the two actually share many similarities, but with some crucial differences. For those new to NVIDIA’s latest GeForce cards, it’s best to check out our review of the GeForce GTX 680 first to get up to speed on the improvements and latest technologies that NVIDIA’s latest cards offer.

As for the GeForce GTX 670, for starters, it loses one SMX (Streaming Multiprocessor). This means it has lesser CUDA cores - 1344 as compared to 1536; and also lesser texture mapping units - 112 versus 128. However, because it loses an SMX and not an entire GPC (graphics processing cluster), it still retains the same number of raster operating units - 32 - and also has the same 256-bit wide memory bus interface.

Elsewhere, clock speeds have also gone down to differentiate the GeForce GTX 670 from the flagship GeForce GTX 680. The base clock speed of the GeForce GTX 670 stands at 915 MHz, whereas the typical boost clock provided by GPU Boost, a new dynamic overclocking technology not unlike Intel’s Turbo Boost, is 980MHz. Memory clock speed, however, remains unchanged at a blazing 6008MHz DDR. This means overall memory bandwidth remains the same at 192.3GB/s.

So on paper, the GeForce GTX 670 certainly does look formidable and it’ll be interesting to see how it matches up against the flagship GeForce GTX 680, considering it is priced a whole US$100 lesser at US$399, yet only lacks a single SMX and has slightly lower core clock speeds. More importantly, at US$399, we are eager to find out how it'll match up against its targeted rival, the similarly priced AMD Radeon HD 7950.

In this review we will also be looking at two customized GeForce GTX 670 cards from ASUS and Palit. Both cards are factory-overclocked and sport unique customized coolers, so it will be interesting too to see how these two cards perform against the reference card.

Here’s a quick look at how the GeForce GTX 670 stacks up against its competitors.