While we don't have a reference score for our GTX 660, you can see that our custom cards were all scoring within the expected range for a mid-range GPU. Temperature performance followed the same pattern as our gaming benchmarks, with ASUS running the hottest due to its higher clockspeeds.

Gigabyte was the coolest performer, in contrast to the poor performance of the same cooler on the GTX 660 Ti. It seems that Gigabyte's 'open design' is better suited to lower-end cards with lower power consumption as airflow may not matter as much, and the presence of the two large 100mm fans is sufficient to keep the card cool. MSI was just one degree higher in temperature, which may be due to its slightly higher power consumption. 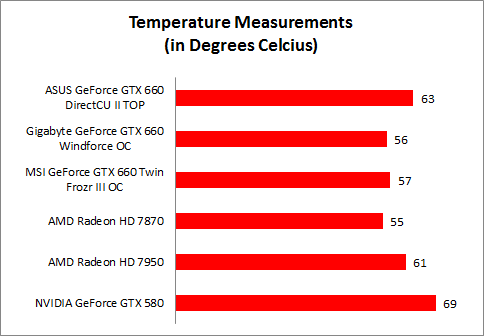 As expected, ASUS had the highest power consumption, drawing about 3% more power than MSI, however this fell in line with its performance scores, where it performed on average about 3-4% better. MSI in turn drew about 2% more power than Gigabyte, which explains its higher GPU Boost score. 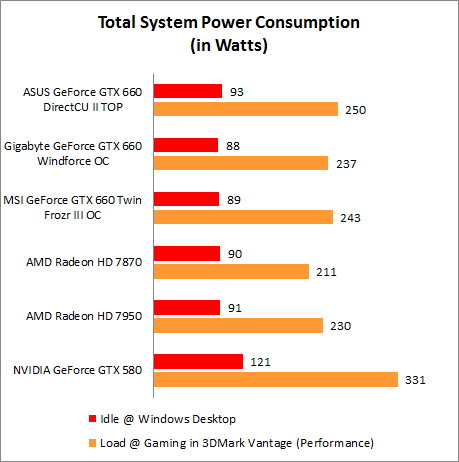