For the custom cards, ASUS was once again on top, but surprisingly MSI fell slightly behind at the 1920 x 1200 resolution, and scored almost exactly the same as Gigabyte at 2560 x 1600. 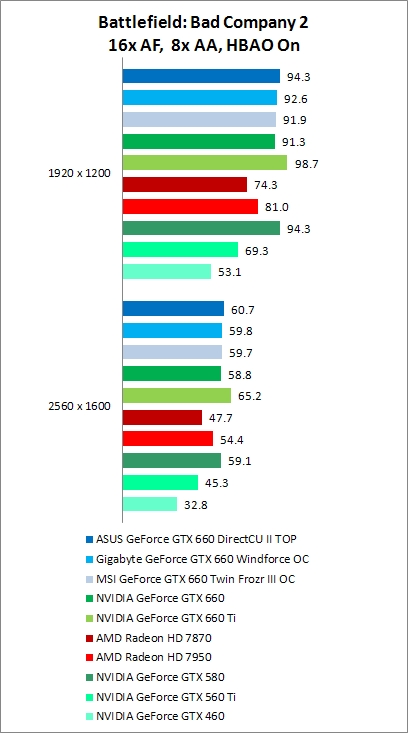 Much like its predecessor, Crysis 2 requires a beast of a machine to run smoothly at the highest resolutions. Its Ultra High setting puts GPUs through their paces with a grueling test of tessellation, Parallax Occlusion Mapping, water rendering, and particle motion blur and shadowing.

As we've come to expect from benchmarks with high tessellation, the GTX 660 did not fare quite as well as the AMD contenders. However it was still within striking distance, falling behind by only 3% on 1920 x 1200, and by about 10% on 2560 x 1600. While these numbers may seem high, in terms of actual tangible FPS, the difference was very small, with only about 1 FPS difference between them.

Our custom cards showed the same pattern as before, however, we didn't see as big an improvement, with ASUS leading the way but with only a 2% improvement on the reference score. 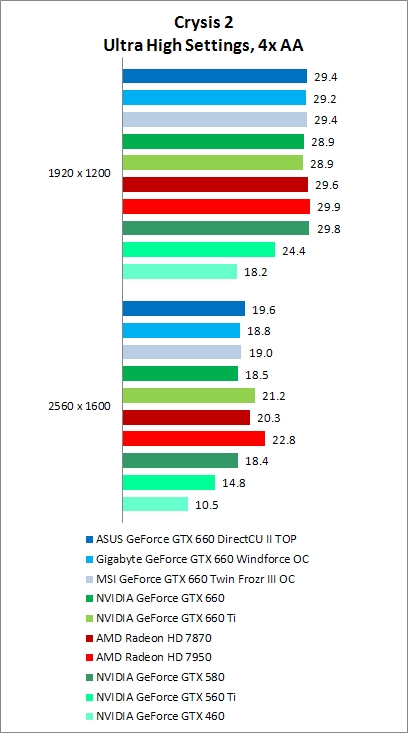