What a difference four years makes. Against last year's GTX 560 Ti, the GTX 660 posted a 43% improvement on 3DMark Vantage's Extreme setting. Going back another year, the GTX 660 was over twice as good against the GTX 460, while it was an amazing five times better than the 9800 GT.

For our custom cards, we saw the exact same pattern as before, proving that GPU Boost works as effectively on DX10 as it does on DX11. 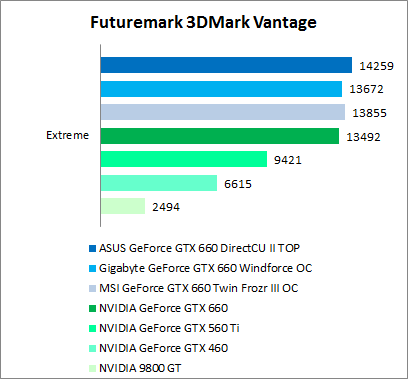 In Far Cry 2, the GTX 660 was once again able to outperform its competitors from AMD and this time was also within reach of the GTX 660 Ti.

As for the older cards, just like what we saw with 3DMark Vantage, the 660 GTX scored five times better the 9800 GT, which, even at our lowest resolution of 1920 x 1200 pixels, was just barely playable at Ultra settings with 4x AA, at 30.2 FPS. At higher resolutions and settings, the 9800 GT was completely unusable. 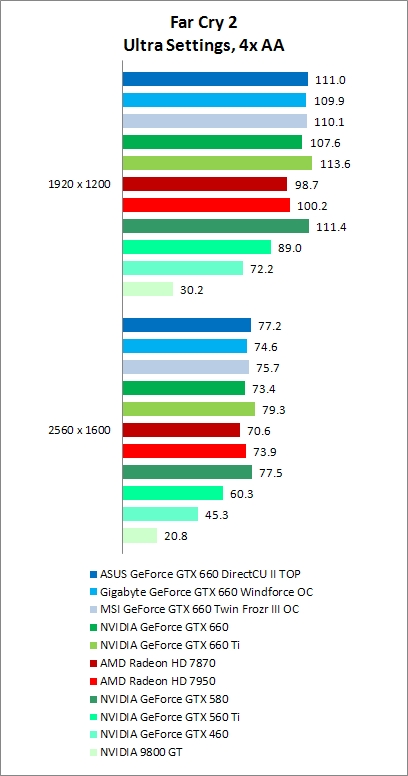 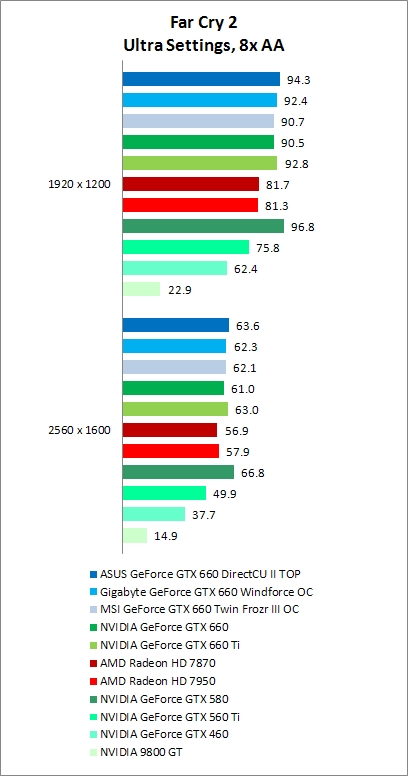 Crysis Warhead is one of the more taxing DX10 engine games out there, as it features a fairly heavy amount of tessellation. As was the case with Unigine 2.1, the GTX 660 once again struggled and fell behind the AMD Radeon HD 7870 due to this, although the difference wasn't that large, with only about 5-6% between them.

The old GeForce 9800 GT was completely unplayable at all settings, with the GTX 660 scoring about four times better across the board. 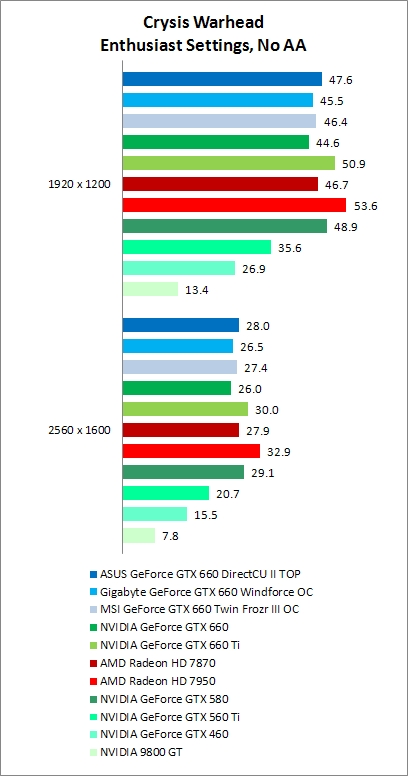 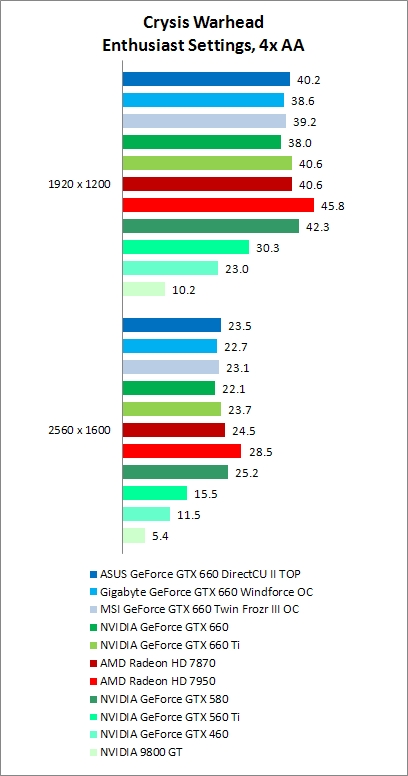