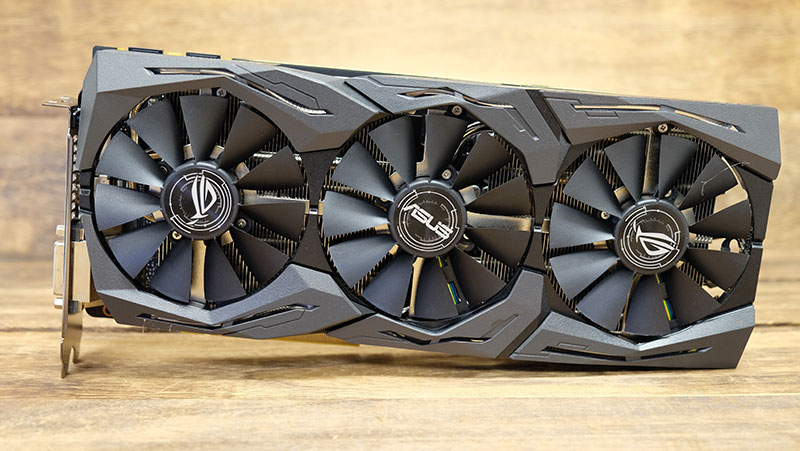 The OC variant of ASUS' ROG Strix cards have generally been more expensive than the competition, and this card doesn’t disappoint. At an eye-watering $1,539, it is significantly more expensive than most of its other competitors. (Update 30/11/2017: ASUS has just dropped the price on the card to a more palatable $1,349)

In fact, Gigabyte has cheaper cards that feature closed-loop cooling or even a built-in water block, such as the Aorus GeForce GTX 1080 Ti Waterforce Xtreme Edition that costs S$1,499.

But price aside, the ROG Strix GeForce GTX 1080 Ti OC is quite an impressive specimen. There are several usability improvements over the Founders Edition model – for instance, you get your DVI-D port back, even though NVIDIA removed it on its reference design. There are also two HDMI ports available, which makes it easier to use with a VR headset and monitor. 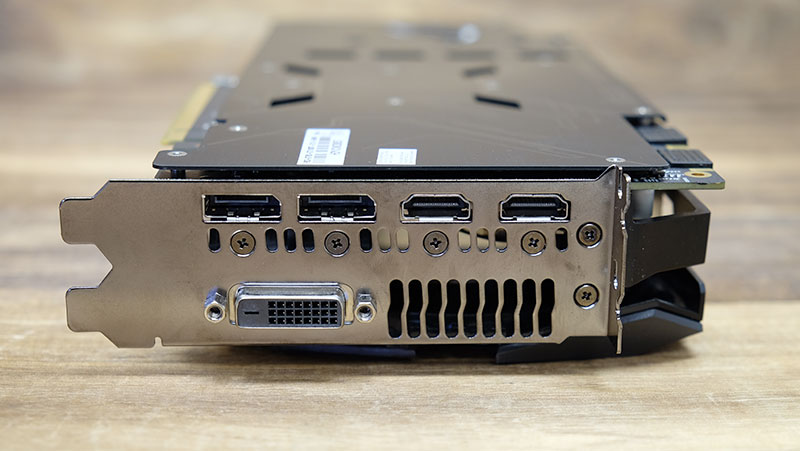 One interesting feature is something called FanConnect II. This takes the form of two 4-pin headers at the front of the card, which you can connect to your case fans to allow them to adjust their speeds according to the GPU temperature instead of the CPU. The former is often a better indication of system load while gaming, so it's arguably more useful to have fan speeds pegged to that instead.

Another nice touch is the inclusion of a third 4-pin header for Aura Sync-compatible RGB LED strips, so you can get a real light show going, especially if you've got a compatible ASUS motherboard as well. This makes ASUS' choice of an all-black shroud pretty smart, as it's a fairly inoffensive color that should go well with whatever color scheme you end up going with. 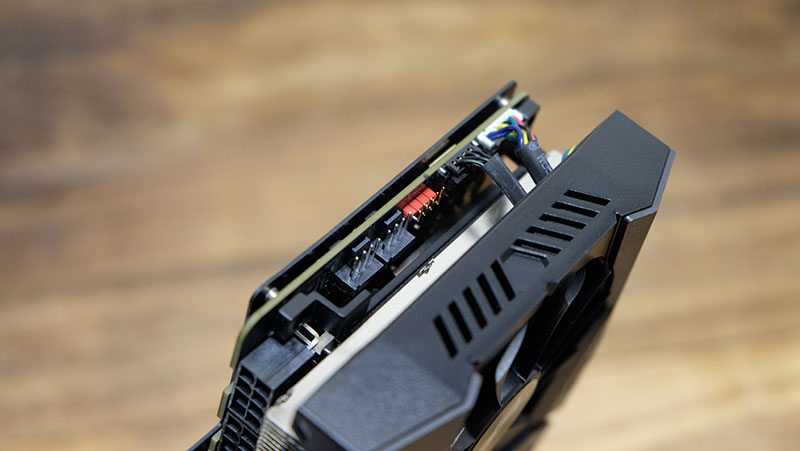 More importantly however, the cooling solution has been beefed up significantly, the better to accommodate the relatively high factory overclocked speeds in OC Mode. The cooler has been completely redesigned here, and we’re happy to see ASUS finally ditch the inefficient DirectCU design that put the heat pipes in direct contact with the GPU. In the previous design, the heat pipes were not being utilized fully as the ones on the peripheries were barely touching the GPU.

This time, the six heat pipes draw heat away from the GPU via a nickel-plated copper plate, and ASUS claims this design effectively doubles the contact area with the GPU for better heat transfer. ASUS calls this MaxContact Technology, so while the copper plate isn’t visibly larger, the company says the surface is much flatter, which is how it maximizes the contact area.

The large heatsink also increases the surface area available for heat dissipation, but its sheer thickness means that you’ll need a 2.5-slot allowance for it. Still, the same goes for most of its other competitors, so this is pretty much par for the course on GTX 1080 Ti custom cards.

All three fans are also IP5X-certified for dust resistance, so you shouldn't have to worry too much about pesky dust particles killing the fan.

A die-cast plate sits on top of the rear memory chips and MOSFETs, complete with thermal pads to provide some passive cooling capacity. This plate also serves up additional structural reinforcement, which is important for such a large and heavy card. The brushed metal backplate works mainly to shore up the integrity of the card as well, and the ROG logo on it pulses to life when you power it up. 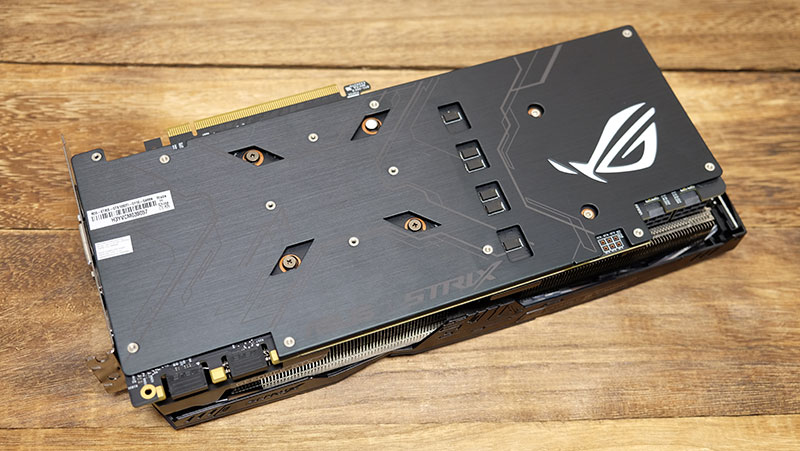 The card is powered by two 8-pin power connectors, much like everyone else. In the picture below, you can also see a second smaller fin stack sticking up from the main heatsink. This protrusion looks like it makes contact with the aforementioned die-cast plate in order to provided an added degree of cooling, even though the narrow points of contact with the vertical fins don't seem like much. 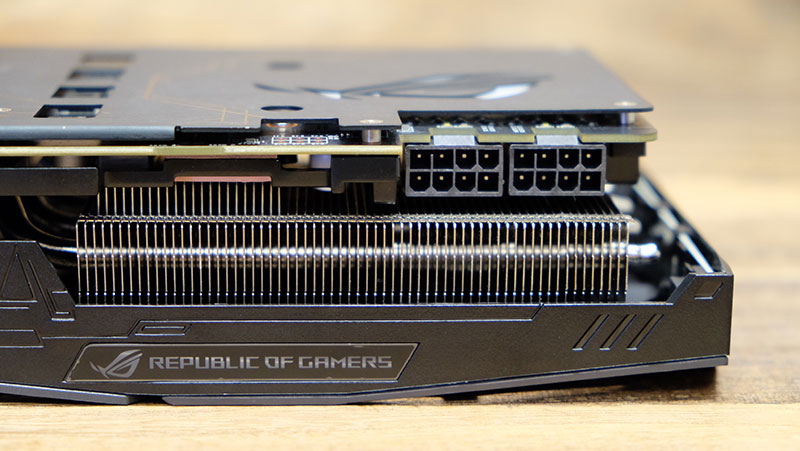 Finally, ASUS would like you to know that the card is manufactured using its Auto-Extreme automated manufacturing technology, which is supposedly more reliable and consistent. This means flux-free production and a smoother PCB, in theory at least.