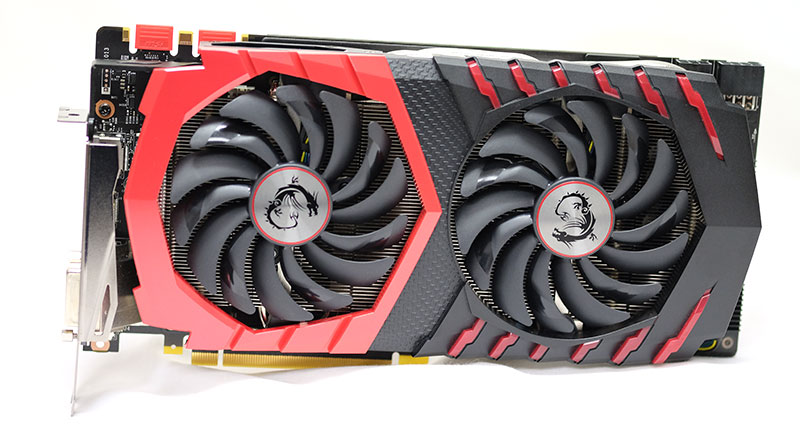 We’ve already reviewed the MSI GeForce GTX 1080 Gaming Z 8G, and today’s Gaming X card is more or less just a lower clocked version of the former card. Naming similarities aside, the two also look nearly identical (save for certain differences on the backplate), so it’s really just the clock speeds that differentiate the two cards. 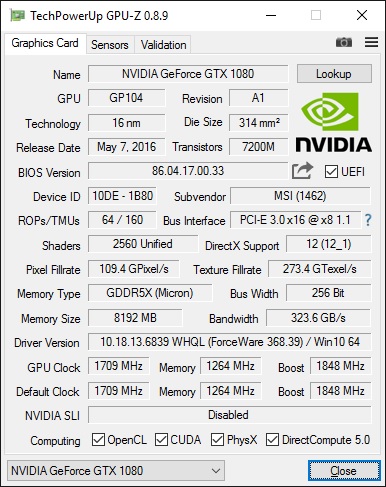 The red-and-black Twin Frozr VI cooler is a familiar sight, and the translucent ridges on the cooling shroud will glow a fierce red when the card is powered on. However, the thermal solution actually differs quite a bit from the ASUS card. While the latter opted for five direct contact heatpipes, MSI has chosen to make use of six heatpipes that meet at a square GPU baseplate. The heatpipes are also flattened where they meet the baseplate to maximize the contact area. 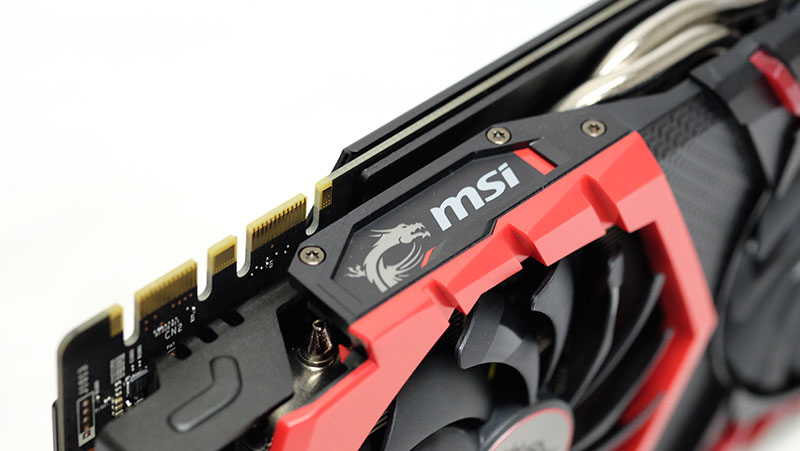 In addition, the base plate itself is built from what MSI says is nickel-plated anti-oxidized copper that is designed to perform consistently even after long hours of high temperatures.

The heatsink spans the entire length of the card as well, and MSI has gone to great lengths to ensure that there’s sufficient airflow and static pressure to keep temperatures down. MSI cards have always been one of the quietest on the market, thanks in large part to its Torx fans which have so far outdone most of its competitors. 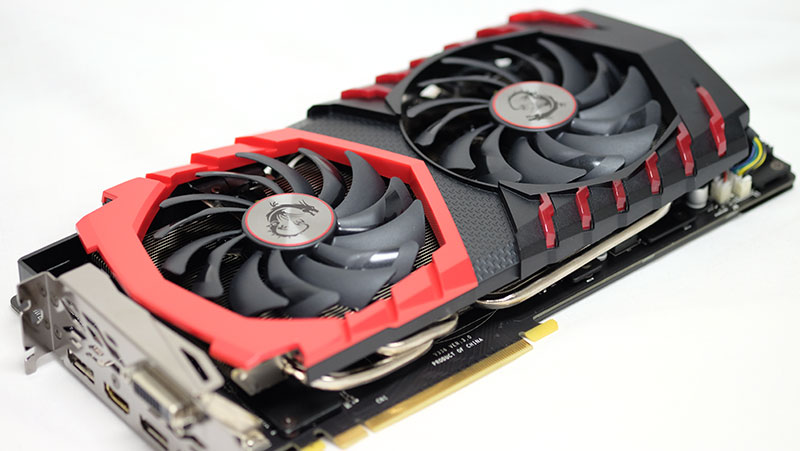 The new Torx 2.0 fans are a key part of the upgrades MSI made to its new Twin Frozr VI cooler. The 14-blade fans actually feature two different types of blades – steeper and more curved dispersion blades and regular fan blades. The former helps speed up airflow, while the latter pushes air through the heatsink. And if your GPU temperature is below 60 degrees Celsius, they’ll power down entirely.

More significantly, the fans now feature double steel ball bearings. The performance of more common sleeve bearing fans is known to deteriorate more easily over time as the oil in the bearings dries out, and this decline is accelerated when the fan is mounted in any orientation other than vertical (graphics cards fans are mounted horizontally when considering the vertical tower orientation). In comparison, the longevity of double ball bearing fans is not affected by the mounting orientation, and they use thicker lubricants that are less susceptible to evaporation.

We can attest that this is the quietest card of the lot, and it’s impressive how MSI has managed to keep noise levels down while maintaining cooling performance.

That said, one thing to note is that this is a fairly broad and heavy card. At 140mm across, it’s one of the wider cards we’ve seen, and you’ll be glad for the extra support the metal backplate provides. If you’re looking to install this in a narrow chassis, you’ll want to double check the allowance available.

Like the ASUS card, MSI has also gone for with an additional 6-pin PCIe power connector, and an upgraded 8+2 phase power delivery circuit, for greater overclocking headroom and stability.

The display connectors remain untouched over the reference design, and you’ll find three DisplayPort connectors, one HDMI port, and one DVI output.

The MSI Gaming App lets you switch between the different clock speed profiles, and they’re the first thing you see when you fire up the app. Clicking the LED icon also brings up the lighting control panel, where you can customize the RGB lights to suit your preference.

However, the interface of the Gaming App feels comparatively more clunky and less intuitive. For instance, it’s not immediately apparent what the icons at the top do, and we had to click them to find out. Still, once you figure everything out, there are nifty features available, like an OSD that displays GPU information that works in games like Overwatch. 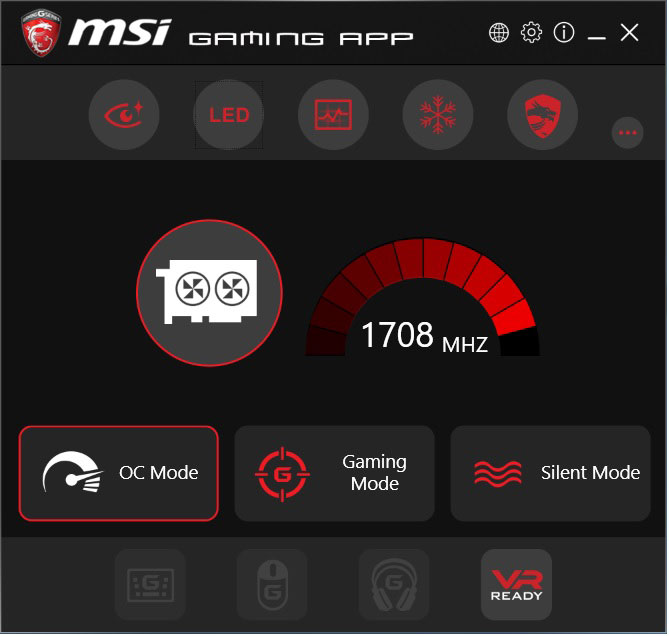 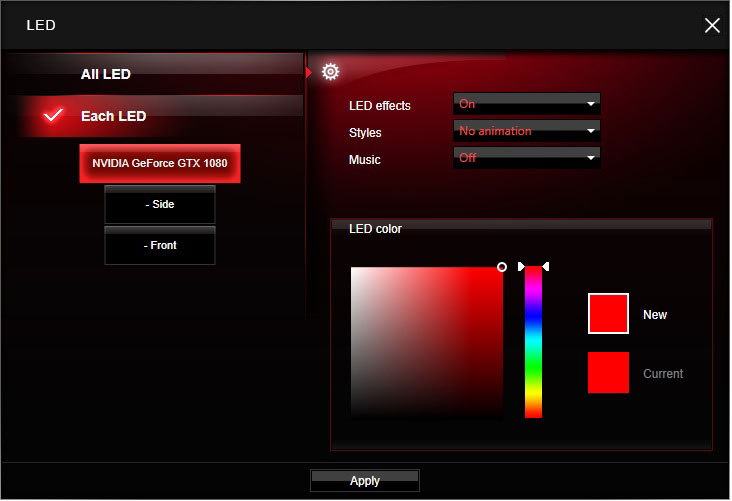