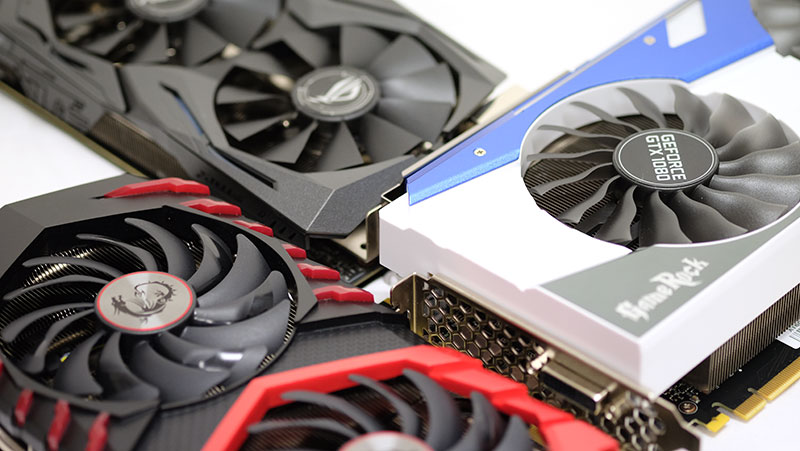 Vying for the wallets of enthusiasts

The NVIDIA GeForce GTX 1080 is the most powerful graphics card on the planet for consumers. There’s just no disputing that at this point now. Sure, there’s the new Titan X card, but that is a US$1,200 monster that is targeted more at researchers and organizations working in the fields of artificial intelligence and deep learning.

NVIDIA also chose to announce the Titan X during a meetup of deep learning experts at Stanford University, a clear signal that it isn’t going after consumers with the card. That said, the GeForce GTX 1080 will probably be the go-to card for the vast majority of enthusiasts looking to build a gaming rig that will tear through literally any game today.

With performance that exceeds that of the old Titan X, NVIDIA’s flagship Pascal card offers one of the most tantalizing jumps in performance in just a single generation.

And even though the reference cards have now been repackaged as fancier Founders Edition models, gamers will probably find themselves gravitating toward custom cards from NVIDIA’s board partners. These come with the usual bells and whistles like beefed-up coolers, dazzling (or not) LED lighting effects, and factory overclocks.

But because they’re all based on the same GP104 GPU, things like design, cooling performance, and various value-added features matter more. To that end, we’ve rounded up cards from ASUS, MSI and Palit and pit them against each other to tease out a winner (Unfortunately, we didn’t get a chance to review a contender from Gigabyte’s end because of supply issues).