For a unified shader architecture to be fulfilled, there were a few prerequisites to be satisfied as it's not a simple re-organization of shader units. Referring back to the traditional GPU architecture highlighted on the earlier page:-

Since NVIDIA's G80 GPU adheres to the DirectX 10 spec, it has got the above-mentioned requirements covered, but here's how they accomplished it. Gone are the conventional and limited fixed function vertex and pixel shader units and these have been replaced with128 unified stream processors. Don't be intimidated by the term stream processor (which can be as easily referred to us a general purpose shader processor). For quite a while, graphics processors have been functioning like stream processors, albeit in a more constricted manner. Since the G80 has bolstered the shader processors to be of equal standing, they have now become general floating-point processors and can now tackle vertices, pixels, geometry, physics and more. Here's how the G80 GPU architecture stands now:- 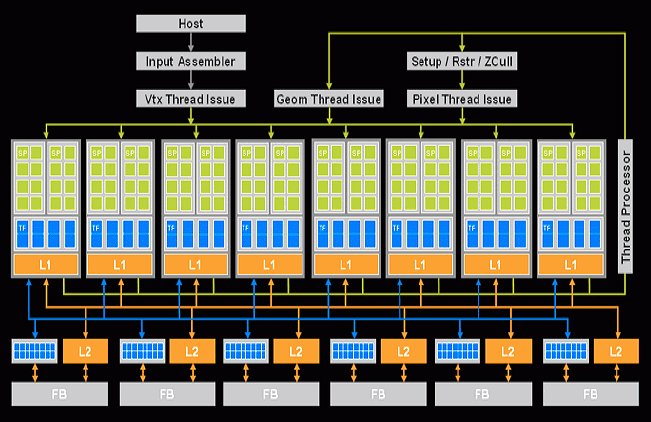