GeForce 8800 - Yet Another Showstopper from the Leader

GeForce 8800 - Yet Another Showstopper from the Leader

Well, the first ever DirectX 10 GPU and graphics card has arrived ahead of Windows Vista and Microsoft can finally proudly show the world what kind of hardware is available on the market to harness the DirectX 10 API - all thanks to NVIDIA. Well, no games are out yet solely harnessing the new feature set of DX10, but you can be sure that game developers are using NVIDIA's GeForce 8800 graphics hardware for development and games boasting this should hit the shelves first half of next year if all works out smoothly. So although it would be a while before we can accurately tell if the GeForce 8800 is doing a swell job for what it was designed to do, the good thing is that NVIDIA's new fangled graphics card isn't catered only for DirectX 10 and will work just as well on current DX9 games and applications or for that matter any standard below DX10.

Under the hood, a host of new features have come into place like the unified shader architecture and GigaThread technology working hand-in-hand with its new shader processor array to enable processing of geometry and even physics on the GPU. In the image quality department, we see some genuinely new tweaks like 128-bit HDR, 16x AA even on a single GPU, new AA techniques, while others like the ability to use HDR and AA at the same time are seen as playing catch up with its competitor. We can honestly say that the GeForce 8800 graphics processor has a lot of potential in it, but much of it won't be evident too soon, not at least Windows Vista is in full force with the right games taking advantage of the flexibility offered by DirectX 10 to unleash an immersive and entertaining gaming environment. 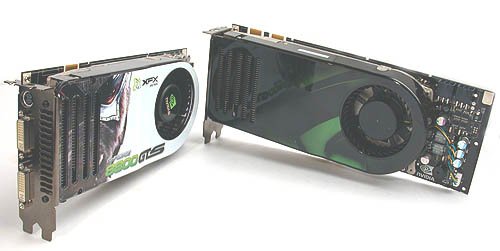 Considering the complexity of the GPU and questionable availability in large quantities, prices may take a climb if NVIDIA's rosy statement of sufficient stocks doesn't hold true. Apart from that, it is hats off to NVIDIA for pulling another successful hard launch of a significant product that's paving the way of how we work and play. Forecasting a little ahead, we can easily foresee a product refresh of the GeForce 8800 graphics cards once NVIDIA and TSMC have mustered delivering the next smaller process technology. For the GeForce 8800 series to be more economical and go mainstream, that's perhaps the only way moving forward. For those of you who have big bucks and wish to stay ahead with the latest hardware now, it doesn't get any better than the GeForce 8800 series and we suspect it's going to be that way even sometime past Christmas as well. Speaking of which, you're going to need a very long stocking if you hope to receive a GeForce 8800 GTX come Christmas morning!