A New Generation for a New DirectX Era

A New Generation for a New DirectX Era

The GPU and graphics card industry has always been a busy scene, but nowhere in history has it been this engaging and intense as it has been for the last one year; perhaps even outdoing the bitter CPU wars of yesteryears as is evident from paper launches time to time. Considering the dizzying variety of GPU SKUs as well as the several grades of pre-overclocked/bundled graphics cards, this has been a bumper year for graphics card upgrades for a wide variety of folks ranging from HTPC users to demanding gamers as well as the elite overclockers who go all out to set more world records. On the performance ranking scales, NVIDIA chalked up better overall standings in the low, mid and mainstream performance series thanks to well-balanced graphics card models below the US$300 mark. Beyond that, though ATI had plenty of voids to fill in their lineup, their most recent refresh has seen the X1950 PRO, X1900 XT, X1950 XT and the X1950 XTX claiming the performance crowns for their price categories. For the red team, this was a much-needed comeback, albeit they were late again to deliver the right parts that general DIY and enthusiasts alike were waiting for. ATI might have claimed the fastest single-GPU graphics card title, but it still doesn't hold the record of the fastest 'single' graphics card. Costing as much as US$500 or more, NVIDIA's GeForce 7950 GX2 dual-slot SLI-combo graphics card holds the record performance for any graphics card at the moment.

Despite the strengths and weakness of ATI's and NVIDIA's top-end solutions, the question came knocking on many enthusiasts if they should even bother splurging on cards so expensive. Their performance and their associated costs were never in question, however their timeframe of introduction was within months of Microsoft's next generation operating system, Windows Vista. Apart from its fancy new GUI and interactivity, Vista's most talked about technical aspect has been it's new driver handling model and Direct 3D 10 specification (DirectX 10). Taking seven years to materialize, the Direct X10 standard has almost finally arrived and as we all know by now, it is exclusively available on Microsoft Vista only. From all their efforts, Microsoft intends to push this strongly as the next API of choice used by games, applications and even Vista's operating system to interface with the graphics card. While Vista is compatible with old DirectX standards (even for the Aero interface) and thus existing applications, games and hardware, the part that irks people to reconsider a hefty graphics card upgrade in the last few months is because forthcoming games that may be coded in DirectX 10 aren't backward compatible with older standards and will solely work with the DirectX 10 API and thus requires DirectX 10 compliant graphics hardware as well. It's interesting how software has begun to dictate hardware capabilities where once upon a time, it was progressing in the opposite model. Standardization in features and capabilities is key here to spring forward new games and applications without compatibility issues that can catapult development based on common standards; thus the new DirectX 10 API model.

When one is contemplating on spending up to US$400 or beyond on a hardware item, it's only natural to expect a certain degree of future proofing. With existing cream of the crop graphics cards such as ATI's Radeon X1950 XTX and NVIDIA's GeForce 7950 GX2 bearing only DirectX 9.0c compliancy, that's bound to give you second thoughts for splurging when Vista's around the corner. 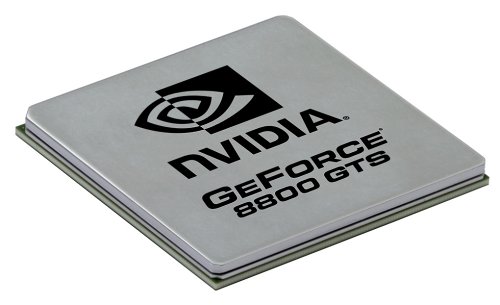 Fortunately this mental tussle would be moot after the 8th of November 2006 as NVIDIA delivers the world's first shipping DirectX 10 compliant graphics cards - the GeForce 8800 GTX and GeForce 8800 GTS based on a fresh new G80 GPU architecture. Having been on the rumor boards for what seems an eternity, the G80 has been speculated to have some really intriguing specs and we weren't a least a bit surprised since it's associated with the DirectX standard bearing a roman numeral X. What did fascinate us is how NVIDIA delivered the G80 GPU well ahead of ATI's equivalent part and that even though the G80 has been in the making for four years, its true capabilities has remained largely unknown till only days earlier. Read on as we decipher NVIDIA's design choices of the G80, how it relates to the DirectX 10 spec, what DirectX 10 means to the consumer and above all, how this new breed of graphics cards fare in today's usage context.