The November Games Playlist - Here are our top picks

It's raining AAA titles - Part I 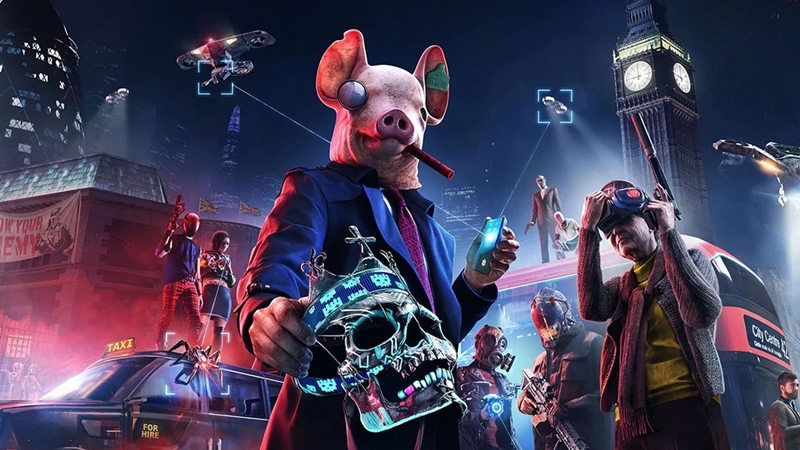 Do you smell that? That's the scent of gamers' wallets going up in smoke, ours included. With both the PlayStation 5 and Xbox Series X releasing in a couple of weeks' time, it's safe to say the lineup of games coming out in November is more loaded than a .50 caliber machine gun. Not that we're complaining, of course.

Anyway, welcome to our first-ever monthly Games Playlist, where we round up the best and most exciting titles releasing for the month. We've got our eyes on ten games this round, so let's not stand on ceremony and jump right in!

The latest chapter in Ubisoft's best-selling RPG franchise, Assassin's Creed: Valhalla takes us back to Europe's Dark Ages - the time of the Vikings. Players take control of the fierce Viking warrior Eivor, who seeks to unite a fragmented England under the banner of the newly-crowned English king Oswald. There's no more playing nice - battle has been revamped to be more brutal and unforgiving than ever, and players can even embark on authentically-crafted Viking raids in their longship should they feel like doing a little plundering.

There's lots to do in your free time too. From pulling arrows out of martyred corpses (read our impressions piece to find out more), to exploring locked houses and even busting out witty lines for gold in a medieval rap battle - it's all in a day's work for our hardworking Eivor.

The eighth main release in the popular Yakuza franchise hits PC, Xbox Series X, PlayStation 4 and Xbox One on Nov 10. Yakuza: Like A Dragon puts players in the shoes of a new protagonist called Ichiban Kasuga, rather than the usual Kazuma Kiryu. After emerging from a lengthy 18-year imprisonment, Kasuga sets out to take on and dominate the Yokohama district of Isezaki Ijincho, a departure from the conventional Yakuza setting of Kamurocho.

Geographic difference aside, the gameplay has also seen a big shift from previous games in the series. Instead of the usual beat 'em up format, Like A Dragon utilises a RPG-style four-man battle team. However, what makes it different from other RPGs is the ability to use random, interactive objects within the environment of the fight, such as swinging a nearby bicycle at an opponent. Additionally, you can also use the new Jobs feature to change a character's "class" to something more suited for their playstyle.

If you're a fan of series like Bandai Namco's Ace Combat, then you might want to give The Falconeer a try as well when it releases for PC and Xbox One on Nov 10. Developed by indie game developer Tomas Sala, who you might know as the dude behind Skyrim's ultra-popular Moonpath to Elsweyr mod, The Falconeer is a third-person open-world aerial combat game that puts you in control of weaponised flying machines called Falconeers, which you can use to complete missions, engage in intense dogfights and even take on gigantic airships.

On top of that, there's also lots to explore within the vast world of The Great Ursee. Take your time to marvel over what this aesthetically gorgeous world has to offer because chances are you might stick around much longer than you think!

On Nov 12, go back to where the ragequitting and controller-tossing began with the next-gen, PS5-exclusive remake of Demon's Souls. The dastardly folks at From Software have had a couple of years to practice crafting terrific games (read: torturing players) with the Dark Souls trilogy and Sekiro: Shadows Die Twice, so chances are they've got lots more rage-inducing bosses in the pipeline for us.

With that said, series veterans can once again go nuts fighting bosses like Maiden Astraea, Primeval Demon, and the Red Dragon (assuming we see them again), this time with glorious next-gen graphics and ray-tracing to match. And for those who are fresh to the series, you'd best be prepared to die. A lot.

If you're a gamer whose birthday falls on Nov 12, then here's a heads up that you might have to bring out your credit card along with a birthday cake. There are tons of great games releasing on that day, one of which is Marvel's Spider-Man: Miles Morales.

Okay, so it's not a game per se, as developer Insomniac Games has confirmed. It's actually an extra-juicy DLC for the base PS4 game, which will have you swinging through city streets as the "second generation" Spider-Man, Miles Morales. Fight crime, defeat evil villains, save the day - basically do what everyone's neighbourhood web-slinger does best.

If the Borderlands universe feels a little too crazy for you, but you're still itching for the thrill of a looter-shooter or something along those lines, perhaps Godfall can satisfy that craving. Developed by the folks at Counterplay Games, it's time to put away your fire-spewing rocket launchers and railguns in favour of a more...hands-on approach.

In Godfall, you take control of one of the world's last surviving members of the Knight's Order, travelling across the land to amass powerful equipment (called Valorplates) and defeat an apocalyptic evil. Apart from the looting aspect, the game's biggest draw is its combat system, which rewards aggressive melee play and impeccable timing. In a sense, you could say it's kind of like a simpler and yet flashier Dark Souls, but it's not exactly a walk in the park either. To be honest, I'm actually quite keen on this one myself.