The November 2021 Games Playlist - No riding your bicycle indoors

The November 2021 Games Playlist - No riding your bicycle indoors

Note: This feature was first published on 27 October 2021. 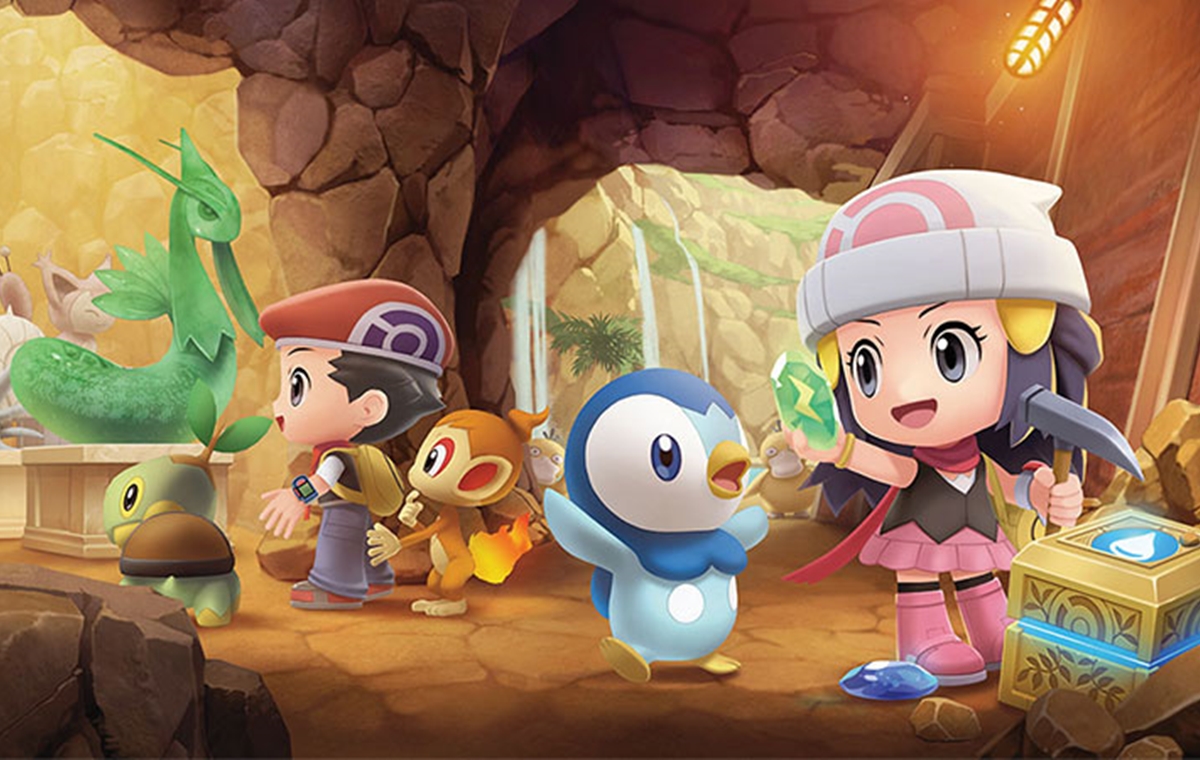 In many ways, video gaming is a unifying force, and we've all seen evidence of that for ourselves.

Among other things, it is able to bring us together to serve purposes far greater than ourselves, like raising money and awareness for charities all over the globe. But while such objectives are indeed noble and worth championing, at other times, we gamers band together simply because we share a common dislike for certain things.

Like Cynthia's Garchomp in the original Pokemon Diamond and Pearl, for example.

Accordingly, welcome back to the November edition of the HardwareZone Games Playlist. Unlike previous months, which primarily feature a multitude of quirky games from various genres, November is much more straightforward. It doesn't feature much in the way of genre variety, but it more than makes up for it in terms of hype, especially where the long-awaited Sinnoh remakes are concerned.

Leading the charge for November's game releases is the very aptly-named Call of Duty: Vanguard. Building on the successful foundations established in Call of Duty: WWII, Sledgehammer Games once again takes the development wheel for the annual instalment of the popular shooter franchise. Among other things, Vanguard explores an alternate timeline where World War 2 never actually ended, and there's actually a lot more to this equation than you might think.

Of course, given how well Black Ops Cold War managed to pull it off, the fan-favourite Zombies mode will apparently be returning in Vanguard, and the announcement trailer above says as much. Unlike the aforementioned BOCW that had more sci-fi-inspired foundations, Vanguard instead explores Zombies through an occult lens, which will certainly open up some pretty spooky avenues for them.

Racing sims are like fighting games - they're more evergreen than a Christmas tree. There's always going to be a market for them, and that definitely goes double for one that looks and feels as good as Forza Horizon 5. So far, we've already seen snippets of gameplay at the various gaming conventions over the past year, and they have certainly not failed to impress.

Set in a fictional reimagination of Mexico, Forza Horizon 5 sports the largest open-world map ever seen in the franchise, and it sets the bar high in terms of environmental realism too. For example, players can see leaves flying through the air when they're zooming through the jungle, or navigate through sudden dust storms that kick up during the dry season. All that, and we haven't even mentioned that the game has eleven unique biomes for you to check out. Given what we've seen so far, it's shaping up to be a real feast for the eyes, and for your driving skills too.

Don't worry, Battlefield players - Call of Duty isn't going to hog the spotlight for the whole of November. After a month's delay from its original release in October, Battlefield 2042 finally arrives on the scene on 19 Nov. Unlike its immediate predecessor, BF2042 will not feature a single-player narrative and instead doubles down on what seems to be an immensely promising multiplayer experience.

Apart from that, it should be business as usual for franchise fans. As an added bonus, for the first time in a BF title, the game will also feature cross-platform play, so you can gather your best buds on PC, PlayStation, and Xbox for that well-deserved Friday night gaming binge.

If you happen to be a fan of both Battlefield and Pokemon, then may the powers that be bless your wallet, because they're both arriving on the same day - 19 Nov. Frankly, I really don't think this duo of titles need any introduction, and if Game Freak had waited any longer to show these off, the Sinnoh remakes might have achieved the same status as Half-Life 3 - a meme for the ages.

Fortunately, they did end up announcing Pokemon Brilliant Diamond and Shining Pearl, so I guess they can join Elden Ring now. In terms of gameplay, it's probably standard Pokemon fare, though one certainly hopes that Cynthia's team won't feel as broken as the original. That being said, the challenge is half the fun, right?

Of course, there's also Pokemon Legends: Arceus to worry about as well, but we'll cross that bridge when it arrives next year. For now, we've got our usual spread of 8 Gym Badges to worry about.

Topping off our list for November is probably the smallest fry among the bunch in terms of hype, but that's definitely no reason to sideline it. Developed by Action Square, the sci-fi roguelike ANVIL doesn't actually have a concrete release date at the moment, but its fast-paced and action-packed gameplay certainly makes it worth keeping an eye on.

In this game, you assume the role of a Vault Breaker in the service of ANVIL, which is basically a treasure-hunting organisation that scours the universe in search of mysterious alien artifacts. In keeping with roguelike traditions, you'll be piloting a character that can be built differently as you progress through the game, allowing you to scratch both your looter-shooter and RPG itches at the same time.