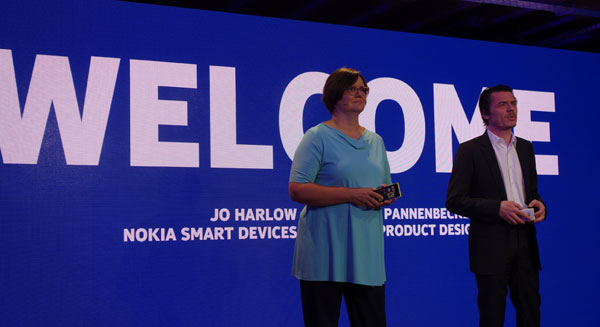 Nokia, and quite a number of their competitors in the smartphone space, typically don't have a very easy time with the rumor mill ahead of key product launches. And in regular fashion, the star of Nokia's recently concluded London launch event, the Lumia 925, was more or less leaked in its entirety just hours prior to launch. And no, there was no sign of the rumored Nokia EOS camera/phone, or the mythical Windows 8-running Nokia tablet. 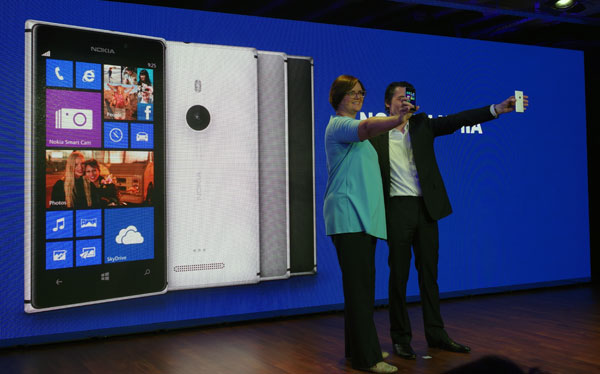 Eschewing the all-polycarbonate design as found on earlier devices like the Lumia 900 and the Lumia 920, the new flagship Lumia 925 features a two-part construction, with a polycarbonate monoblock at the rear, metal strips down the sides as the antennae (which form part of the aluminum frame within), and a curved-glass edge-to-edge screen up front. This is a clear departure from the all-polycarbonate design that's pretty much become a key characteristic of many a Nokia smartphone launched in the past year.

The material change has resulted in, among others, a drastic change in weight. The Lumia 925 now weighs just 139g, versus 185g on the Lumia 920. Part of the weight reduction also comes from the removal of built-in wireless charging capability from the Lumia 920. This also means that the Lumia 925 is now remarkably thin (at 8.5mm thick, versus 10.7mm for the Lumia 920), though competing devices like the Samsung Galaxy S4 is still thinner at 7.9mm, though just barely. On the other hand, Nokia is still providing wireless charging for the Lumia 925 via a snap-on cover. Nokia will make four colors available for the snap-on wireless-charging case: black, white, red, and yellow. 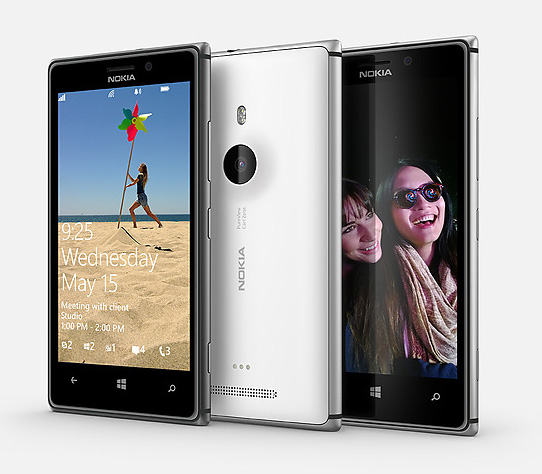 Some key hardware specifications of the Lumia 925 are the same as the Lumia 920: Dual-core 1.5GHz Snapdragon S4 Pro processor, 1GB of RAM, and an 8.7-megapixel sensor camera. The battery capacity of 2,000mAh remains the same too. The display is still sized at 4.5 inches, and features Nokia's PureMotion HD+ technology. The display resolution also stays the same at 1280 x 768 pixels, for a pixel density of 334ppi. You can still wear gloves and interact with the Lumia 925's screen at the same time. NFC capability is still there as well, and like the Lumia 920, the Lumia 925 also doesn't come with xenon flash.

The changes Nokia did make in terms of hardware aren't too shabby though. To start, the screen on the Lumia 925 is made from Gorilla Glass 2, while the panel is AMOLED. In comparison, the display on the older Lumia 920 is of the IPS LCD type. This should significantly improve its battery stamina as we've seen AMOLED display touting products fare well so far with thrifty power sipping. The Lumia 925 will also come with just 16GB; by contrast the Lumia 920 came with a more appreciable 32GB storage. Last but not least, the camera unit on the Lumia 925's been reworked slightly, this time featuring a 6-element lens that claims improved sharpness. In comparison, devices like the Lumia 920 and the iPhone 5 come with 5-element lens designs. 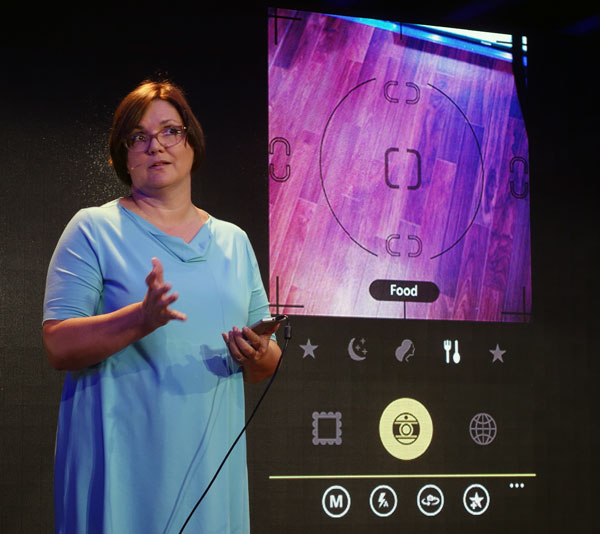 Hardware aside, Nokia also took some time to demonstrate some software features that would come with the Lumia 925.

Unfortunately for the legion of long-suffering Lumia users waiting for Instagram to finally be made available for the Windows Phone platform, the London event wasn't where we would find out that Instagram would be coming to Windows Phone. Instead, Nokia unveiled an early look at the Oggl app on the Lumia 925. Oggl is the creation of the folks behind Hipstamatic, and is a photo-editing app that brings Instagram-like filters to the Windows Phone platform. Oh, and via Oggl, users can cross-post to their Instagram accounts as well. This isn't really ideal, but for most Lumia users out there, should suffice. Even more interesting is that Oggl will not be made exclusive to the Lumia line, but instead will be made available to all Windows Phone users, and as a native app too, instead of a port from iOS, which was launched just days ago.

To complement the improvements to the Lumia 925's technical imaging prowess, Nokia throws in an app called Smart Camera, which shoots 10 frames in succession, and providing users with a selection of modes with which to process the 10 shots taken. This feature isn't particularly new though, as devices like the Blackberry Z10, as well as even some Samsung and HTC devices have had similar functionality for some time now.

Best Shot mode does just that; it lets users pick the one best shot to use, out of the 10 shots. Action Shot mode basically superimposes all ten frames on top of one another. In this mode, you can also select which frames to add to the final composite, along with the ability to add fade effects to specific frames so as to increase the sense of motion. Motion Focus mode lets you introduce motion blur into the background after sharpening a selection in the foreground that the user makes. Change Face mode lets you choose from the details such as heads, faces, and hands seen in the 10 frames, removing unwanted movement which would have otherwise spoiled the shot. Last but not least, Remove Moving Objects mode lets you remove unwanted elements from the photo, such as passers-by who've unwittingly been included in the shot.

Oh, and somewhere in the keynote, Nokia threw in a factoid that there are now 145,000 apps available for Windows Phone. 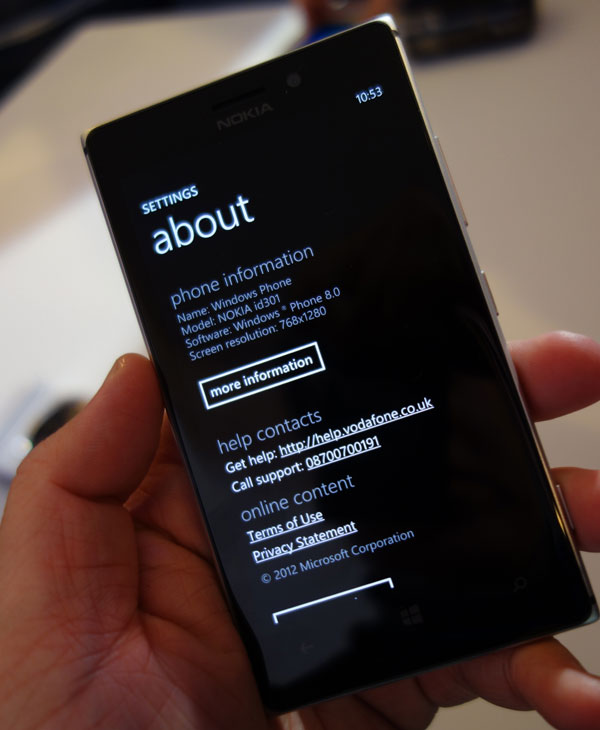 Existing Lumia users running version 8.0 of Microsoft's mobile operating system should expect a software update from Nokia sometime in July. Dubbed Lumia Amber, this update will include the Smart Camera functionality that will debut with the Lumia 925, as well as enable FM radio capability (no such luck for the Lumia 620 in this case, as the device lacks the necessary hardware). You'll also get tap-to-wake, as well as support for both CalDAV and CardDAV, of which the latter two are primarily to ensure that your phone will continue to work with Google's updated sync protocols. There will also be some tweaks to Xbox Music, as well the addition of Data Sense (dependent on carrier support). Nokia declined to provide any more information on what else will come with Lumia Amber; we'll update as and when more information becomes available.

For more about the Lumia 925, tune in to our hands-on article.