No rest for the wicked: Diving into the lore and concepts of Diablo Immortal 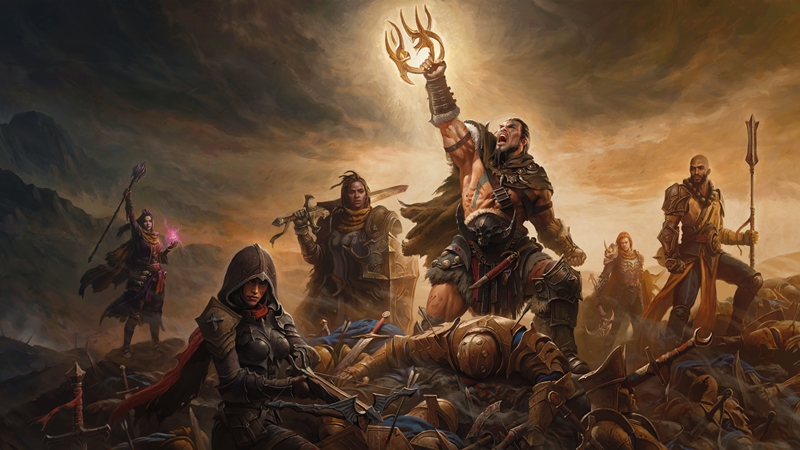 With not one, not two, but three Diablo games in the pipeline and well on their way to release, I don't think I can stress this enough: it's a fantatsic time to be a fan of Blizzard's beloved dungeon crawler franchise. On our end we've already thrown a few punches at both Immortal and D2R's Technical Alpha sessions, and so far, we're  quite satisfied with what they've got on the menu.

However, let's keep the spotlight on Diablo Immortal for now. We recently sat down for another check-in with two groups of Immortal's crew, discussing the creation, conceptualisation and development of the game's expansive lore and mechanics. This first article, which details our short dialogue session with Senior Combat Designer Julian Love and Senior Narrative Designer Justin Dye will home in on the lore and the PvE side of the equation, and if you're more interested to find out more about the PvP aspect, we'll be following up on that in the second article sometime next week, so make sure to stay tuned for it.

With all the formalities out of the way, it's time to get this two-part show on the road. Our first question was admittedly, a pretty straightforward one, but it's hard not to be curious about what the team has gleaned from Immortal's recent Technical Alpha sessions. For those who might have just stumbled out of their cave, Immortal didn't really make the right kind of splash when it was first unveiled back at BlizzCon 2018, but fortunately, that moment of anger has long since died down. 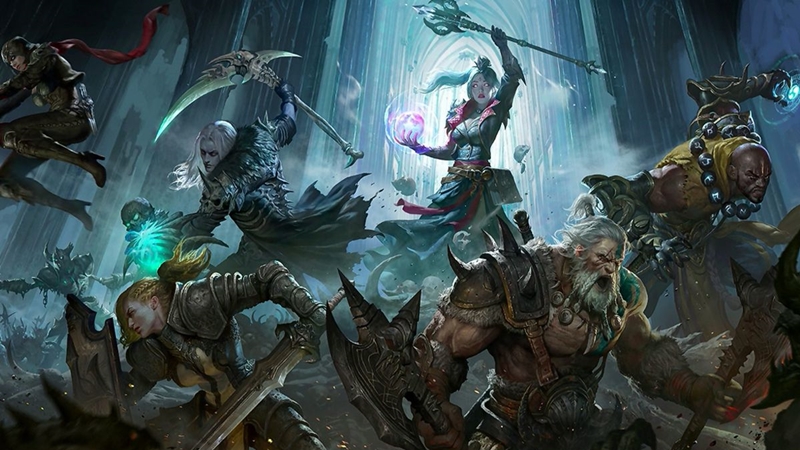 According to Love, the team was probably more surprised at how well-received the game has been so far than anything else on the to-do list. It's certainly a stark contrast compared to its initial reception, but in the team's defense, the fans...kind of had that one coming. Putting aside the feuds and fiascos, he says the surprise wasn't one-sided, as people seemed to be genuinely surprised at how deep, full-featured and authentic the Immortal experience has been so far.

You see, not only is the game filling in a previously-untouched portion of the lore, that is, the 20-year gap between Diablo II and III, but it's also introducing what might be the largest PvP concept we've ever seen in the franchise - the Cycle of Strife. Not to mention that this is all encapsulated within a mobile title, and it's definitely impressive, if nothing else.

Adding on to Love's point, Dye elaborated on how excited the fans were about having more to do within the second Technical Alpha beyond just the Rifts. From the expanded world, to the raid-like Helliquary and the aforementioned Cycle of Strife PvP war, there's a lot for players to do within Immortal than we previously expected, and it's safe to say the team has a lot more where that came from. 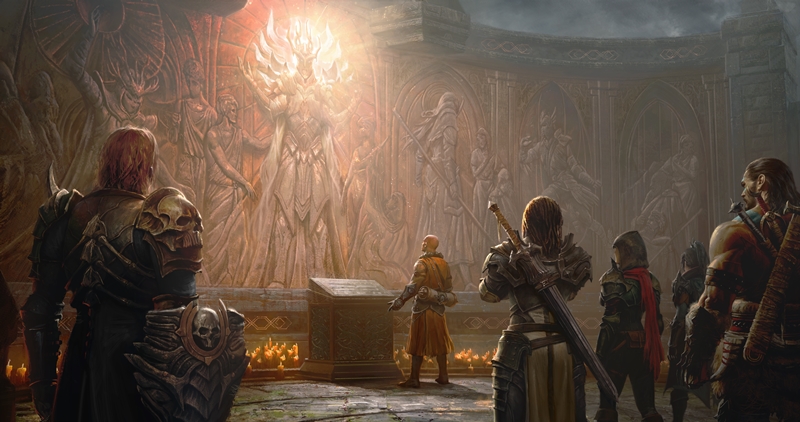 Speaking of the 20-year gap that Immortal occupies, we then addressed a plot hole that has probably been lurking at the back of players' minds ever since we found out about the Immortals and the Shadows. Namely, where are these groups during the events of Diablo III? After all, the former is touted as Sanctuary's foremost anti-demon combat group, and as such you can't possibly expect fans to believe they all went on vacation while Diablo and gang were tearing the place apart.

To answer that, Dye stepped in with an answer that we can only describe as blunt, yet cryptic. According to him, this supposed plothole will definitely be addressed in Immortal somewhere down the line, and he does make mention of the differing states of Westmarch between Immortal and Diablo 3. Unfortunately, that's all we were getting out of that question, so if anything, we'll probably be pinning the blame on Malthael and his cronies for now.

So, yeah. Damn you, Malthael. 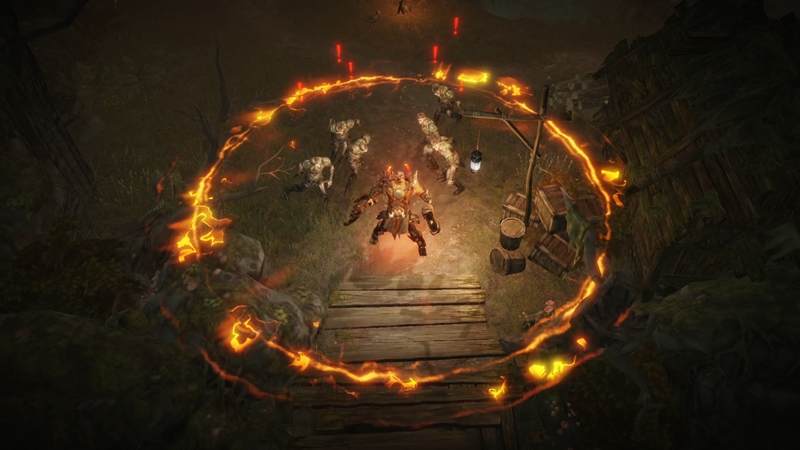 As for our final question, it also happens to concern the city of Westmarch. In Immortal, the city functions as the primary player hub, just like how Tristram and Caldeum do in previous titles. Accordingly, as you might have guessed, the question isn't about the "where", but the "why".

Fundamentally, the main theme the developers talked about was how vibrant and lively the city was during the time of Immortal, and accordingly, they wanted to explore this opportunity to showcase that side of Westmarch in the game. In previous titles, Westmarch is usually embroiled in conflict one way or the other, which makes it difficult for players to associate the city with what it's like right now. As such, you could say this depiction is about having variety - it'd be pretty dull to operate out of one of the previous player hubs again, wouldn't it?

Of course, this "variety" element has also been balanced out with nostalgia, which is something that Immortal packs in spades, especially if you've played through Diablo II. There is a solid mix of new and old characters, mechanics and systems to interact with, which culminates in the game supposedly feeling "full-featured" as Love described earlier. 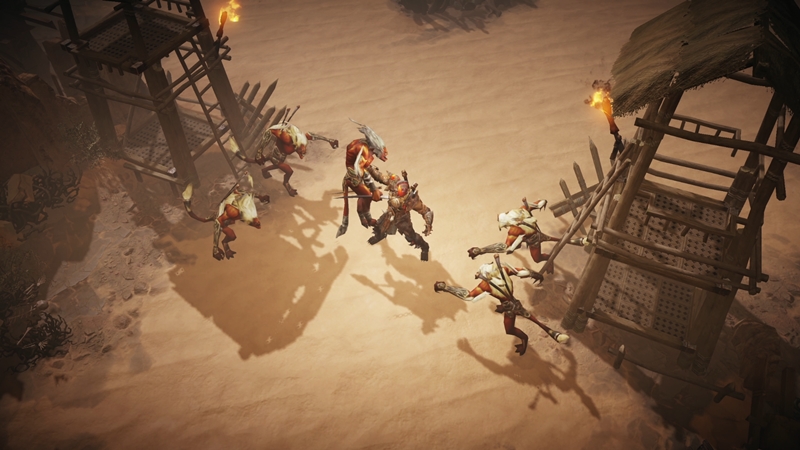 On a separate note, as a final tidbit for everyone, Love did hint that there might be a couple more classes joining the roster besides the Crusader and the previously-announced Necromancer. Needless to say, this is merely speculation right now, but our money is probably on a Druid or something that operates along the same lines. Not only would it make for some pretty interesting diversity with regard to Immortal's current spread of classes, but it fits nicely as a pseudo-introduction to the shape-shifter concept Blizzard previously announced for Diablo IV.

And before you ask, no. In case you didn't get the memo, you won't be able to stay in animal form while you ride your mounts, and so, as hilarious as it is, we won't be seeing bears on horses when Diablo IV arrives in 2022.