The Battle of the 'Entry-level' Full-frame DSLRs

When Nikon announced the D800 DSLR seven months ago, the major talking point revolved around its 36.3-megapixel full-frame sensor - and rightly so. Since then, no DSLR has come close to matching its chart-topping resolution. And it’s this resolution advantage that resulted in the D800 (and its anti-aliasing-filter-less D800E twin) finding favor with many landscape and studio photographers.

Earlier today, Nikon announced the D600, and once again, it’s the sensor specs that stand out the most. This time round, it’s a full-frame sensor that boasts 24.7 million pixels in total, with a maximum effective output of 24.3MP. Coincidentally, the D600 comes just a day after Sony announced its A99 SLT camera, which also packs a 24.3MP sensor. And lest you be mistaken, despite the model number, the D600 is overall much better spec’d than the now four-year old D700, which used a ‘lowly’ 12.1MP sensor.

With the release of the D600, Nikon now has three full-frame cameras in its stable; the other two being the above-mentioned D800/D800E, and the high-speed, high-ISO, Ethernet-equipped, 16.2MP D4.

Delving deeper into the D600’s specs, you’ll find that it has an ISO sensitivity that spans 100 to 6,400 natively. This can be expanded both upward and downward to 50 (Lo 1) and 25,600 (Hi 2). It also has a 39-point AF system (Multi-CAM 4800FX), and uses a Scene Recognition System with a 2,016-pixel RGB metering sensor. Compared these to the D800 with its 51-point AF system (Multi-CAM 3500FX), and 91,000-pixel metering sensor, and you start to see how Nikon differentiates the two cameras (or, what contributes to the difference in prices). One thing that might go unnoticed by many is that the D600 has a top shutter speed of 1/4000 second; the D800, and most of its direct competitors sport 1/8000 second. The D600 does shoot faster than the D800 in continuous shooting mode though (5.5fps vs. 4fps), but this is easily attributed to the difference in sensor resolutions. The D600 also sports a 10.5MP DX-format capture mode. Unfortunately, you can't shoot any faster than 5.5fps even with the vertical grip (MB-D14) attached.

But there are similarities too, such as the Expeed 3 image processing engine, the large 3.2-inch LCD, the 100% viewfinder coverage, and the dust and water-resistance characteristics. Like the D800, the D600 is able to capture full HD 1080p video at 30, 25, or 24 frames per second (fps), and at up to 24Mbps. For 60p, you need to shoot at a lower 1,280 x 720-pixel resolution. Uncompressed HD signal output is also possible via the HDMI terminal. This allows you to display the video in real-time on an external monitor for large-screen viewing (you can still see the image on the camera’s rear LCD monitor), or record it instead on an external recording equipment.

So, in many ways, the D600 appeals to those who are attracted to the D800’s video capabilities, and are willing to trade some advanced features (mainly, the megapixel count, AF sensitivity) for a more affordable price.

All that said, the D600 also faces competition from other cameras, most notably the excellent Canon EOS 5D Mark III, and the just-announced Sony Alpha A99. 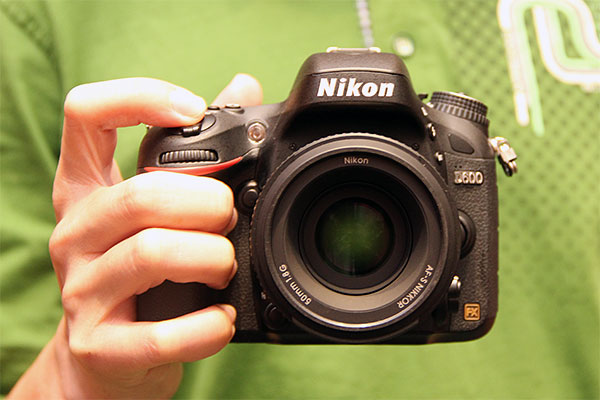 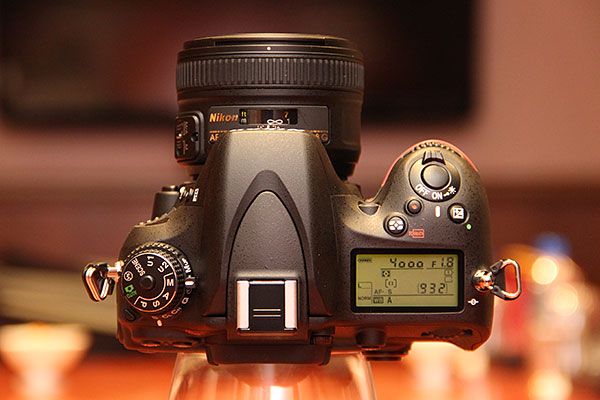 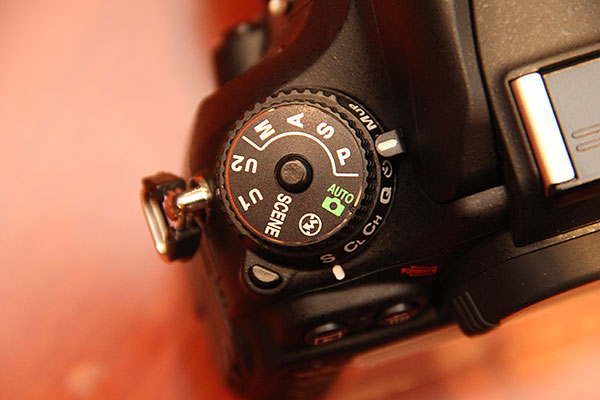 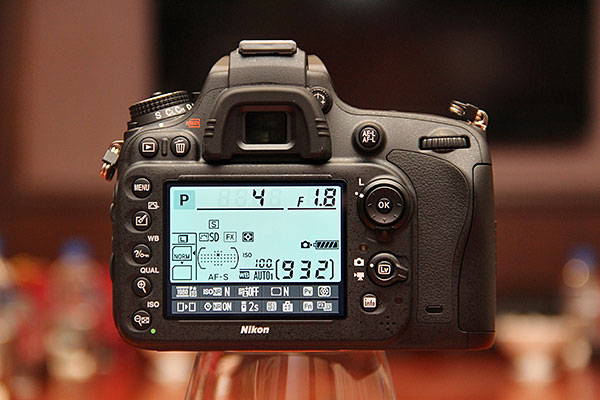 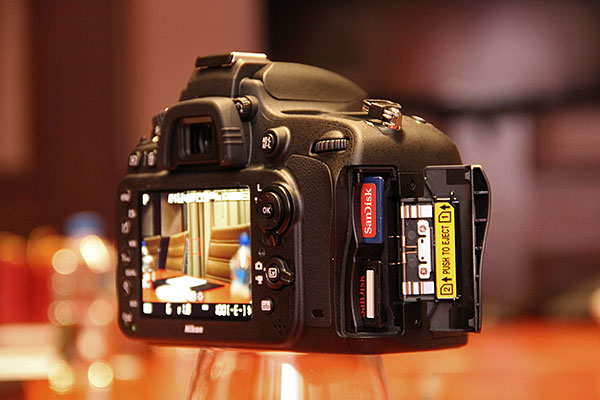 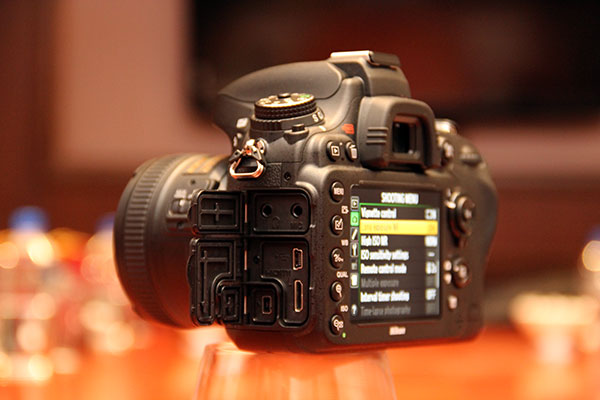 Along with the D600, Nikon has also announced the WU-1b wireless mobile adapter. This allows compatible DSLRs (such as the D600) to connect to smartphones and tablets wirelessly. The adapter plugs into the camera's USB port. A Wireless Mobile Adapter Utility app is required on the smart device, but it's free of charge. The Android version of the app is already available on the Google Play store, and the iOS version will be out on the Apple App Store in a couple of days' time on September 15. With the WU-1b adapter, you can do auto transfer after shooting, control the camera from the smart device (touch focus and shoot), share, as well as download images from the camera.

In addition to getting our paws all over the D600, we've also gotten some insights from Nikon about the camera, so check out our hands-on video below.