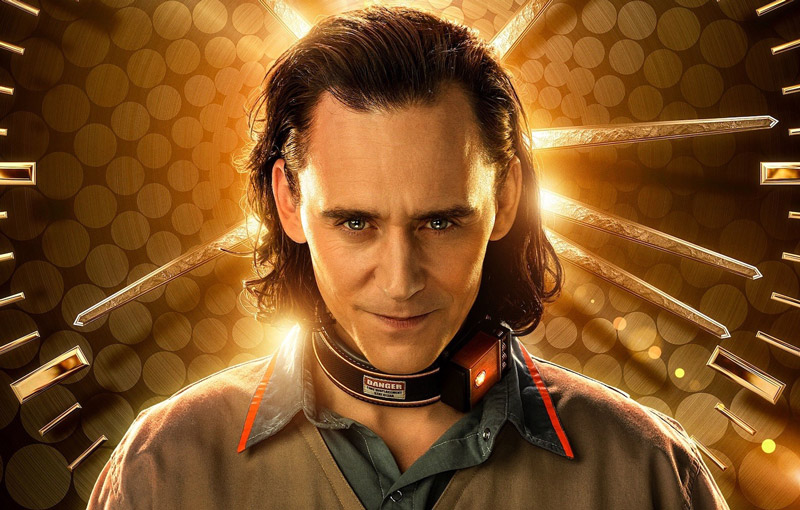 Lots of stuff to look forward to this month.

June is packed! Almost every weekend of the month will see big new releases from either Netflix or Disney+, and a lot of them are comicbook adaptations. Whether you want to watch the god of mischief go on an adventure across time and space in Loki or watch a deer-boy struggle to survive in a harsh post-apocalypse... there's a little something here for the whole family. Fans of anime will be pleased, too! Not one, not two, but three different anime make their debut this month.

What if the world was ravaged by a dangerous pandemic? I know, I know - pretty novel premise, right? 10 years ago, the Great Crumble laid waste to the world and led to the strange emergence of hybrid babies born part human and part animal. Distrustful of these new hybrids, humans feared and even began to hunt them. In the modern day, a sheltered hybrid deer-boy named Gus leaves his secluded forest home after a decade, and sets off on an adventure with a wandering loner named Jepperd.

This series is based on an excellent (and incredibly dark) comicbook, so it’s a good bet that it’s going to make for a fun (or dismal) afternoon.

Disney+’s latest Marvel series is one of its most anticipated releases yet. Loki follows the god of mischief after he escapes with the Cosmic Cube during the events of Avengers: Endgame. As it turns out, he was captured by the Time Variance Authority almost immediately after, and put to task to restore an incredibly broken timeline. This time-and-space-hopping adventure stars Tom Hiddleston as Loki and Owen Wilson as his partner/supervisor Mobius M. Mobius. If you’re looking for more of the fun, quirky storytelling that came out of WandaVision’s earlier episodes, this might be for you.

Lupin follows the life and times of professional thief Assane Diop, an orphan son in France seeking revenge against the Pellegrini family for framing his father with a theft he didn’t commit. Inspired by a book about the infamous thief Arsene Lupin, he uses sheer cunning to expose the crimes of Hubert Pellegrini. In Part 2, Assane’s quest for revenge has torn his family to pieces, and he’s going to have to think of a new plan - even if it means throwing himself into danger.

Trese is a new Filipino anime series based on a popular manga of the same name. The story follows Alexandra Trese, a detective who specialises in dealing with mythical creatures from Philippine folklore. Even as she’s navigating a supernaturally-powered criminal underworld however, Trese senses a storm brewing… as if things couldn’t get any worse.

Record of Ragnarok is a popular manga series with over six million copies in print - so of course it’s getting an anime adaptation. Representatives from different eras of human history battle the world’s various deities in 13 one-on-one battles, and the fate of humanity lies at stake. You know how some anime have tournament arcs? This one is the tournament arc. Graphinica is on animation duty (Juni Taisen: Zodiac War, Hello World) for this action-packed series.