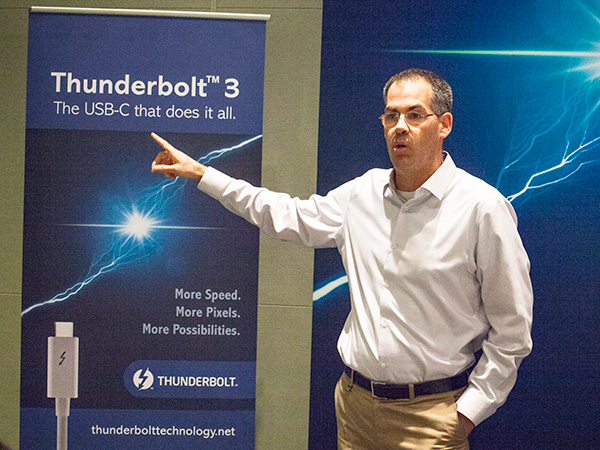 Intel today announced the all-new Thunderbolt 3, the next generation Thunderbolt port that boasts not only higher performance, but a port that will feature compatibility with a whole host of other devices.

Built as a solution for desktops and laptops, the third iteration to the Thunderbolt port will see it double its bandwidth to 40Gbps, delivering four times more performance as compared to USB 3.1. On top of that, the new Thunderbolt 3 standard will also include the familiar USB-C connector that features a reversible plug orientation that lets you plug it in any direction (much like Apple’s lightning cable for the iPhone). Borrowing the plug and cable technology from USB-C also has its advantages, as Intel said that Thunderbolt will also be able to work with any of the cheaper (but certified) passive USB-C copper cables out in the market – although at only half the speed. Still, USB-C would allow users to use the cable for charging devices at up to 100W and delivering 15W of power from the host to device.

Besides compatibility with USB 3.1, the Thunderbolt 3 is really a port that will also deliver connectivity across protocols such as DisplayPort and PCI Express. This will allow users to connect any device, dock or display (including billions of USB devices) to this one single port. In fact, there’s so much bandwidth that you can use the Thunderbolt 3 port to deliver your desktop display to two 4K 60Hz screens simultaneously or a 5K 60Hz display using a single-cable connection. Even with two 4K displays connected, there are still enough bandwidth available for other devices like USB and Ethernet. 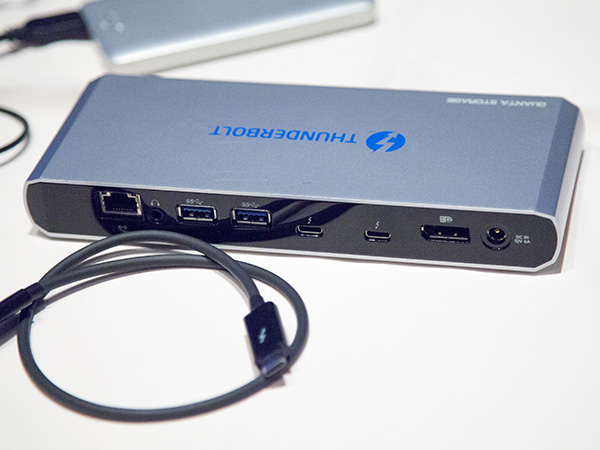 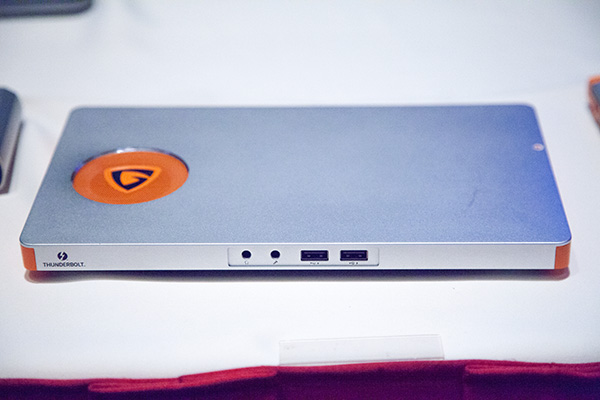 In addition to that, Thunderbolt 3 will also support peer-to-peer networking, allowing you to link multiple computers together. Through software, the Thunderbolt port could be used to deliver Ethernet speeds of up to 10Gb. Most important of all, it’s free and it doesn’t require anything more than just driver installation and configuration.

Thunderbolt 3 also offers more cable options and we’ve mentioned earlier that it is compatible with any USB-C cables currently available out there. However, passive copper cables will only deliver up to 20Gbps of bandwidth and will not support high bandwidth applications like dual 4K monitor connection. However, it does provide users with a cheaper alternative since majority of users won’t be using all 40Gbps of its bandwidth. If you need all of it, there are options like the active copper cable that delivers the full bandwidth at up to 2m. Intel is also developing active optical cables that can deliver the full bandwidth at lengths up to 60m, but it won’t be available till 2016. We think Intel’s attempt to consolidate all the different connectivity protocols under Thunderbolt 3 is an attempt worthy of our attention. However, price will always be an issue to most users since it will no doubt be more expensive than USB 3.1. High-end PCs and laptops will definitely benefit from the new port since it would have enough bandwidth to last you through a couple of years before it absolutely runs out of steam. But we find the branding a bit too confusing and users will quickly assume USB-C type connectors to support only USB 3.1. As the port shares the same connector as USB-C, the only way to tell the difference between a USB and Thunderbolt port is by the thunderbolt mark beside the port and plug. And we’re sure some irresponsible external case manufacturers will market their USB-C external hard disk cases as Thunderbolt compatible just to earn a few quick bucks. Just wait for it to happen.