Star Wars fans can finally breathe a sigh of relief

Note: This article was first published on 11th December 2020 and is now re-published as the Disney+ service will be launched on 23rd February 2021 and many of the upcoming projects will be available on Disney+. What, only 100 announcements? For shame.

Disney took to its big end-of-year Investor Day call (on 10th December 2020) to announce a whole bunch of exciting projects coming to Disney+ and theatres! The House of Mouse has a lot planned for the future - and we’re breaking down all the new projects announced in one handy list. From Star Wars movies to Marvel TV shows, there's a lot to go through here. We’ll begin in a galaxy far, far away… It’s finally happening! This spin-off of The Mandalorian follows Ahsoka Tano - an ex-jedi who trained under Anakin Skywalker during The Clone Wars. The show will likely bring Rosario Dawson back as the Force-wielder after her appearance in The Mandalorian Season 2. However, the story will pick up right after the end of Star Wars: Rebels - meaning it’ll take place before she meets Grogu and Din Djarin. In that time period, all we know is that she was working with Sabine Wren to find Ezra Bridger, another would-be Jedi who went missing at the end of Rebels.

This series will launch on Disney+ sometime in 2022, created and executive produced by Dave Filoni. Filoni also served as executive producer and creator of multiple Star Wars series - such as The Mandalorian, The Clone Wars and Rebels. It makes sense that he’d want to see Ahsoka’s journey through to the end.

Rangers of the New Republic

Not much is known about this one - other than the fact that it will also spin-off from The Mandalorian, and crossover with the Ahsoka series in a climactic event. This show is set within the timeline of The Mandalorian, suggesting that it might focus on New Republic recruit Cara Dune - but it’s too early to say. The Mandalorian Season 3 will launch by Christmas 2021 - hopefully giving us more clues on what the Rangers of the New Republic will turn out to be then.

The Bad Batch were first introduced in The Clone Wars as a group of experimental clones that functioned as elite mercenaries. Now, they’re picking up from where The Clone Wars left off! As the Empire begins to sink its grubby little fingers into every corner of the galaxy, this squad will have to embark on daring missions to rebel and find their purpose in a brave new world. This series will debut on Disney+, though we strangely don’t have a release window yet. So we know that Ewan McGregor is returning for a limited series as Obi-Wan Kenobi. Old news, right? Well, get this: Hayden Christensen is also coming back as Anakin Skywalker! Christensen will return as Darth Vader in, “the rematch of the century.” The actor spoke about appearing in Kenobi in a press release, saying, “It was such an incredible journey playing Anakin Skywalker. Of course, Anakin and Obi-Wan weren’t on the greatest of terms when we last saw them… It will be interesting to see what an amazing director like Deborah Chow has in store for us all. I’m excited to work with Ewan again. It feels good to be back.”

Last we saw of McGregor’s Obi-Wan in Star Wars: Revenge of the Sith, he had settled down in Tatooine. That doesn’t bode well for Vader and his passionate hate for sand. No, you didn’t misread that title. The scoundrel Lando Calrissian returns in, “a brand-new event series,” for Disney+. We don’t know if Billy Dee Williams will reprise his role from the original trilogy, or if the series will be a prequel following Donald Glover’s version from Solo instead. What we do know is that Justin Simien is developing Lando’s story, and given how excellent his previous work (Dear White People) is, the show is in good hands.

Tony Gilroy (The Bourne Legacy)’s new spy thriller series for Disney+ focuses on Cassian Andor, a rebel spy who first appeared in Rogue One. Diego Luna will reprise the role, joined by a cast that includes: Stellan Skarsgard, Adria Arjona, Fiona Shaw, Denise Gough, Kyle Soller, and Genevieve O’Reilly, who returns as Mon Mothma. Production began three weeks ago, so we should see more from this series next year. 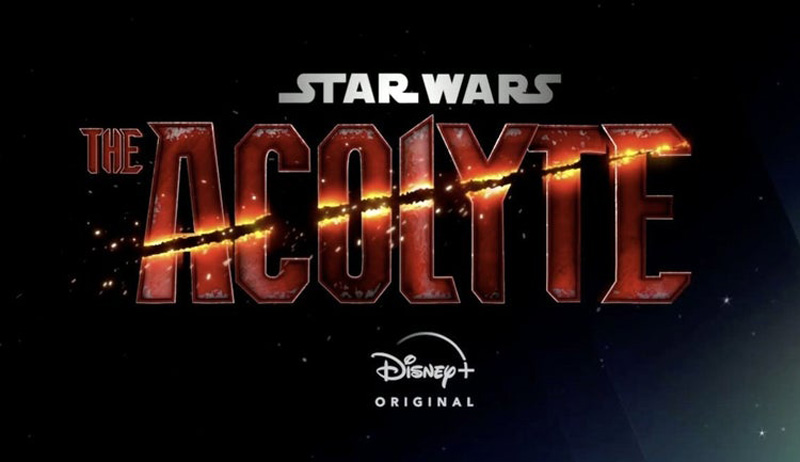 If you haven’t caught on already, there is a metric ton of Star Wars coming to Disney+. Leslye Headland’s previously-announced series is now titled The Acolyte, and it has quite an intriguing premise. This mystery-thriller will, “take the audience into a galaxy of shadowy secrets and emerging dark side powers in the final days of the High Republic era.” For more information on the High Republic, check out our coverage here.

This is essentially Star Wars’ version of Marvel Studios’ upcoming What If…? Series. Star Wars: Visions will be a series of animated short films from, “the world’s best anime creators,” presenting their unique takes on the Star Wars universe. This anthology series will feature 10 ‘visions’ from several of the leading Japanese anime studios. This is probably the most bizarre announcement to come out of the Star Wars franchise, but I’m here for it. Lucasfilm Animation and Lucasfilm’s visual effects team, Industrial Light & Magic are teaming up to produce A Droid Story. This, “epic journey,” will introduce us to a new hero, presumably a droid, guided by the legendary duo of R2-D2 and C-3PO.

Hey, wouldn't it be cool if we had a Top Gun-like film in the Star Wars universe? Enter Rogue Squadron: a feature film directed by Patty Jenkins (Wonder Woman). The movie will introduce a new generation of starfighter pilots as they earn their wings and fight for their lives in a, “boundary-pushing, high-speed thrill-ride,” moving the Star Wars saga into a further era of the galaxy. Rogue Squadron hits theaters on Christmas 2023.

Hey, what about Indiana Jones? That’s a wrap on the Star Wars announcements - but Disney had more to show from Lucasfilm. Excitingly, the company is currently in pre-production on Indiana Jones 5, which will be directed by James Mangold (Ford v Ferrari, Logan). Of course, Harrison Ford will return with his trademark fedora and whip in hand, to begin shooting in late spring of 2021. The film will bring the Indiana Jones franchise to a close, debuting in July 2022.

Disney+ is also planning a sequel series to Ron Howard’s 1988 movie Willow. Warwick Davis returns as the sorcerer Willow Ufgood, while Jon Chu (Crazy Rich Asians) directs the pilot. Willow will launch in 2022. Lucasfilm is planning an adaptation of Tomi Adeyemi’s book Children of Blood & Bone, too. The story follows a young African girl’s heart-racing quest to restore magic to her forsaken people, the Maji.

What, you thought that was it? Disney also put out a ton of Marvel Studios announcements, which you can find in the next page!