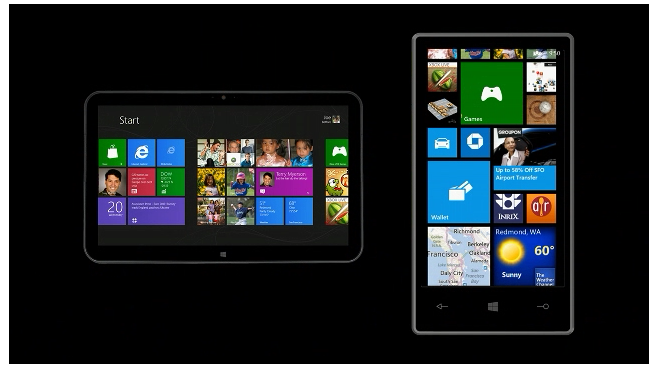 Earlier rumors and a previously leaked roadmap have prepped tech enthusiasts and pundits alike with what's to come in the upcoming Windows Phone 8 platform - previously codenamed Apollo -, including integrated Nokia maps technology, the introduction of multi-core support, NFC technology, microSD card support and new screen resolutions. Today's Windows Phone Summit event paid testament to some of these allegations, unveiling some of the exciting new hardware and software updates that will be coming to WP8 devices. It's been a little over 18 months since the Windows Phone 7 platform has been formally introduced and about a year back that the Windows Phone 7.5 update took center stage; the young OS still has a fair bit of catching up to do with growing rivals, Apple and Google, and Microsoft is hoping to do just that with Windows Phone 8 - its devices will be available in more than 180 countries in 50 languages. 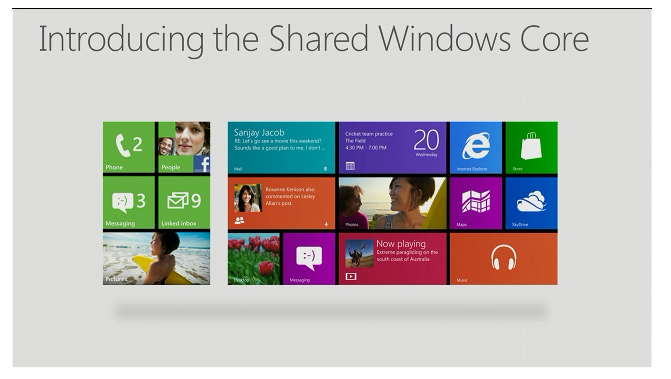 One of the biggest platform features unveiled from the Windows Phone Summit today is the new shared Windows core elements between Windows Phone 8 and Windows 8. For those who know what it means, that should have sounded like music to your ears. We've seen Windows for PCs develop in its own silo while the same holds true for Windows Mobile and Windows Phone 7 / 7.5. There has been no semblance of cohesive development and felt like stand-alone projects. With that model, app developers had to dabble in different development platforms, while consumers had disjointed experience despite the fact of Microsoft boasting its productivity applications as a strong point for a long time now.

Given how Apple's OS X and iOS are developing as of late to pollinate certain elements from desktop and mobile OS camps to further tighten integration and usability, Microsoft's move to do the same and more couldn't have come any sooner. The Redmond giant has been preaching to the tech media since CES 2011 and again in CES 2012, where their intentions were made clear of ensuring Windows 8 runs seamlessly across several devices and screens to provide a smooth experience, no matter where and what device you access it with. The Metro UI that debuted with Windows Phone 7 was a key element and a deciding factor to glue the visual aspects of how one interacts with their devices for casual needs.

Fast forward 1.5 years later, today, we get a first glimpse of how Microsoft is pulling this off with the Shared Windows Core. This is achieved by using a common Windows kernel where core components for development, drivers, security, networking, graphics and media handling are identical across both Windows 8 and Windows Phone 8. 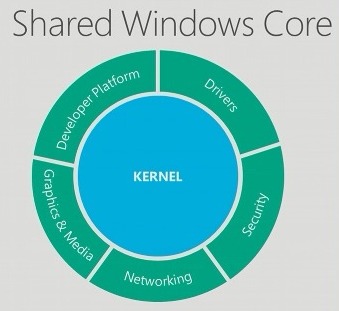 This greatly helps developers in churning out apps that work seamlessly across desktops/notebooks or the smartphone. This means how these applications work, respond and access data can be identical across various devices, hence preserving user experience. The end result for the developer is greatly improved scalability and deployment of apps which can be executed at a much faster pace. For consumers, they can finally have a crossover experience between PCs, notebooks, tablets and the smartphone. 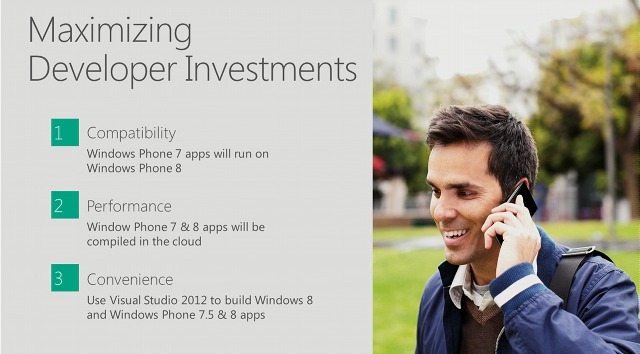 In addition to usability aspects, the shared Windows core has been performance optimized for multi-core processors. In fact, Microsoft has even tested this internally with a 64-core processor (but failed to elaborate further on the details at this point of time). Lips are sealed at this moment with regards to specifics and device announcements; however, Microsoft has confirmed the existence of dual-core WP8 devices and that Nokia, Huawei, Samsung and HTC WP8 devices will be built on "next-generation silicon" from Qualcomm. 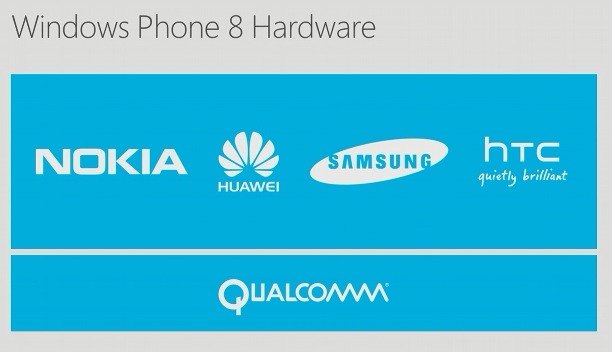 Microsoft realizes that performance alone won't make the cut without good battery management and that too was briefly mentioned as a key improvement on the new Windows Phone OS. Battery management has been relatively bad on Windows Phone devices that we've tested to-date for strenuous usage and we're really looking forward to a better mobile experience without worrying of draining the phones - especially when LTE technology (a known battery drainer) is picking up pace gradually in this region.

Removable microSD card support will also be introduced on WP8 devices - a much awaited feature. The fact is, relying on an internal storage hasn't given consumers a lot of leeway in expanding their media or app collections on a Windows Phone to-date. The expandable memory option will greatly ease this issue on forthcoming WP8 devices and even lower the cost points of more entry-level devices when the vendor doesn't have to integrate a lot of usable memory.

In addition to the Shared Windows Core which uses a common Windows kernel to access several basic modules that is identical on Windows 8 and the Windows Phone 8, common developmental code used for both platforms further help get the application out sooner on the respective platforms.  While Windows Phone 7.5 apps will most certainly run on WP8 devices, additionally native code support makes it easier for developers to port over iOS and Android apps. This includes popular apps like Words With Friends and Draw Something, both of which will be making its way to the Windows Phone platform later this year. 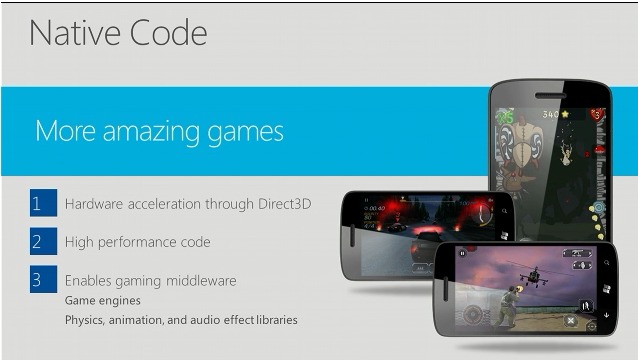 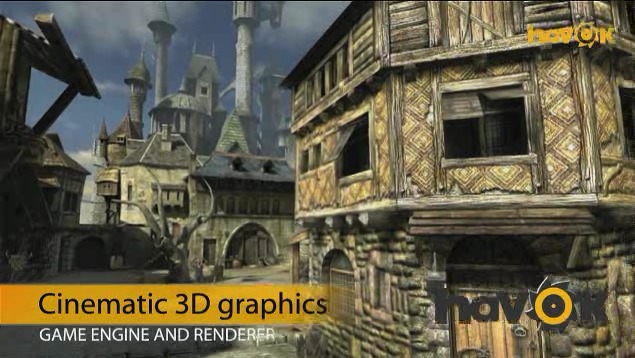 Native NFC will finally come to Windows Phone 8. This includes minor features like "Tap and Send", which will allow easier sharing of content between users via NFC. The major highlight here would be its Wallet Hub, which eases NFC payments and will contain important purchase information such as deals (for e.g., Groupon deals), credit card information and loyalty/membership cards. In-app purchasing will also be done via the Wallet Hub. Microsoft has also mentioned that the company is currently in discussions with carriers to embed a secure element into the SIM card rather than the phone itself, making it more secure to purchase via NFC and less device-specific.

WP8 devices will come ready with Internet Explorer 10, offering the same level of HTML rendering as its desktop version. As an added security precaution, the browser will feature a SmartScreen anti-phishing filter that draws data from millions of Windows PCs to block malicious websites in real-time. According to Sunspider scores, Internet Explorer 10 on a Windows Phone 8 device out-performs the Samsung Galaxy S III, HTC One S, and iPhone 4S on iOS 6 (beta). 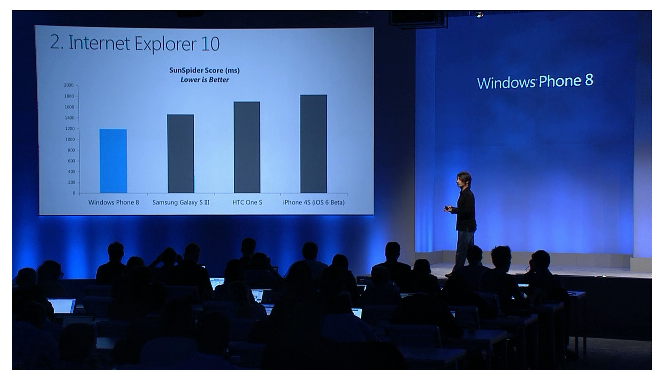 WP8 will support on-device encryption (Bitlocker), device management, internal line-of-business software, and a private marketplace for app distribution in the enterprise, in a bid to attract business and enterprise users. 'Familiar office apps' will also be making an appearance.

In accordance with its strong partnership with Nokia, Nokia NAVTEQ data will provide the backbone for Windows Phone 8's mapping features and other Microsoft services. The former includes off-line map support and turn-by-turn navigation directions. Furthermore, third-party apps can also easily tap into Nokia Maps for integration of location-based services and more. 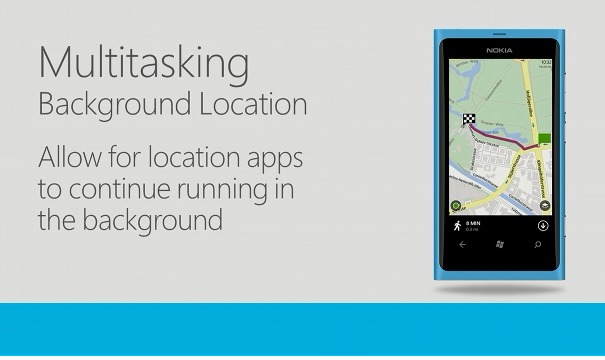 The new start screen will now be more customizable and personal as live tiles can now be resized - three sizes, small, medium and large, will be available. This will of course enable you to enlarge certain functions of higher importance to be more visible on your home screen. The new smart screen will allow users to fit more information into increased real estate - to be more precise, they will fill up the entire screen. More color customization will be available as well as part of the enhanced personalizing experience.

Updates for WP8 software will now be over the air (OTA) with support for at least 18 months from availability. Microsoft will also be making Speech available to all developers which will allow them to build speech controls into their apps.

Unfortunately, the WP8 update will not be rolled out to existing WP7 and WP7.5 handsets, mostly due to the disparities in the now enhanced hardware requirements. Instead, a WP7.8 update will facilitate partial WP8 features onto these devices, the most important of which is the new Smart Screen. Meanwhile, Windows Phone 7.5 apps will certainly run on WP8 devices.

The WP8 SDK will available for developers later this summer for those eager to play with the upcoming platform. Otherwise, the update is slated for a fall release this year. While plenty of these features are already present in both iOS 6 and Android 4.0 and earlier releases, we see this as an opportunity for Microsoft to step the competition up by a notch.