Netflix's The Witcher Season 2 review: A leap in quality that's worthy of its source material

Netflix's The Witcher Season 2 review: A leap in quality that's worthy of its source material

Note: This review was first published on 10 December 2021. 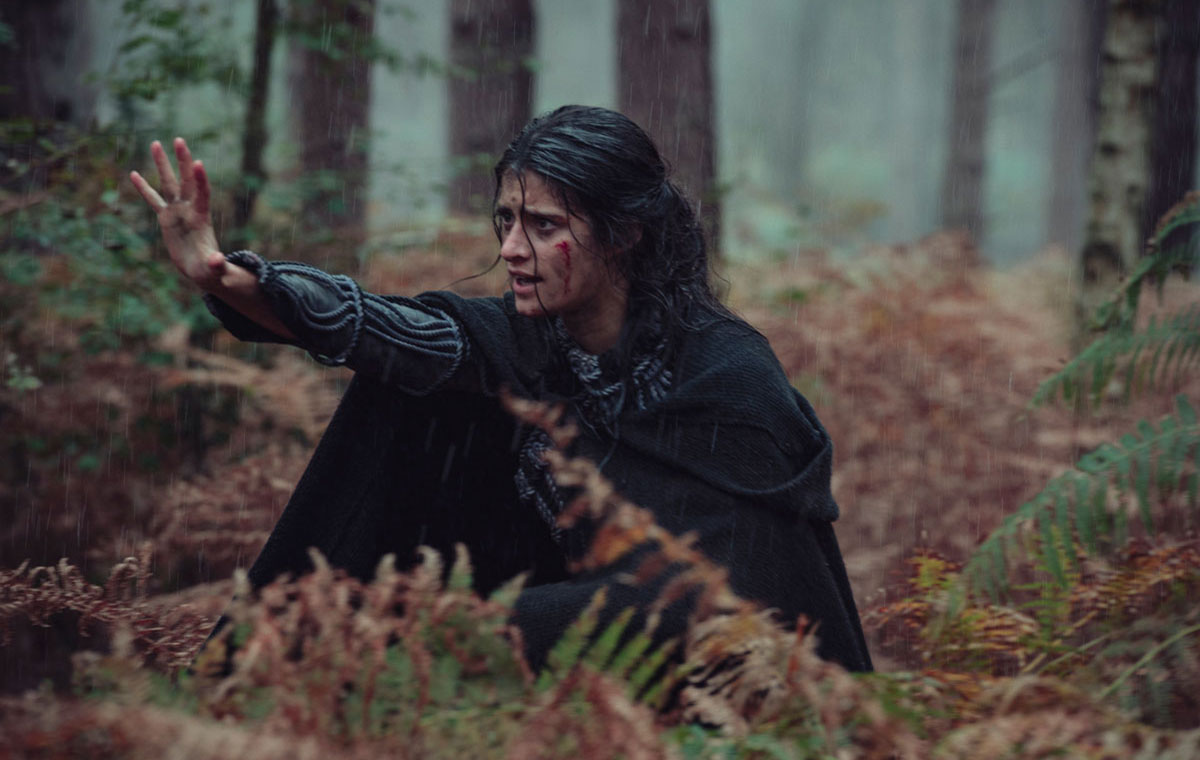 Netflix’s fantasy series The Witcher returns with a second season this month, and it’s about time too. Season 1 - a time-twisting monster-filled story of political drama and unavoidable destinies - debuted two years ago with a cliffhanger ending that saw Geralt of Rivia reunited with his Child Surprise, Princess Cirilla of Cintra. While the show was divisive due to its oblique storytelling and lackluster production value, these new episodes feel like an immediate step up in every category that matters.

If we treat Season 1 as an appetiser, Season 2 must be the main course. All the individual story threads have begun to converge, tugged along by fully-formed characters whose origins we’re already quite familiar with. Geralt was once a witcher, but now he finds himself in the unexpected role of teacher and guardian. Yennefer finds herself on the other end of the Continent, dealing with the consequences of her bloody battle at Sodden Hill. Ciri, on the other hand, finds herself in the care of absolute strangers.

Season 2’s best moments are underlined by characters whose stories intersect in unexpected ways, and overall a sense of confidence and ambition that was thoroughly absent in Season 1. If you’ve been waiting to hop aboard The Witcher, now is the time to do it.

The Continent gets worse all the time 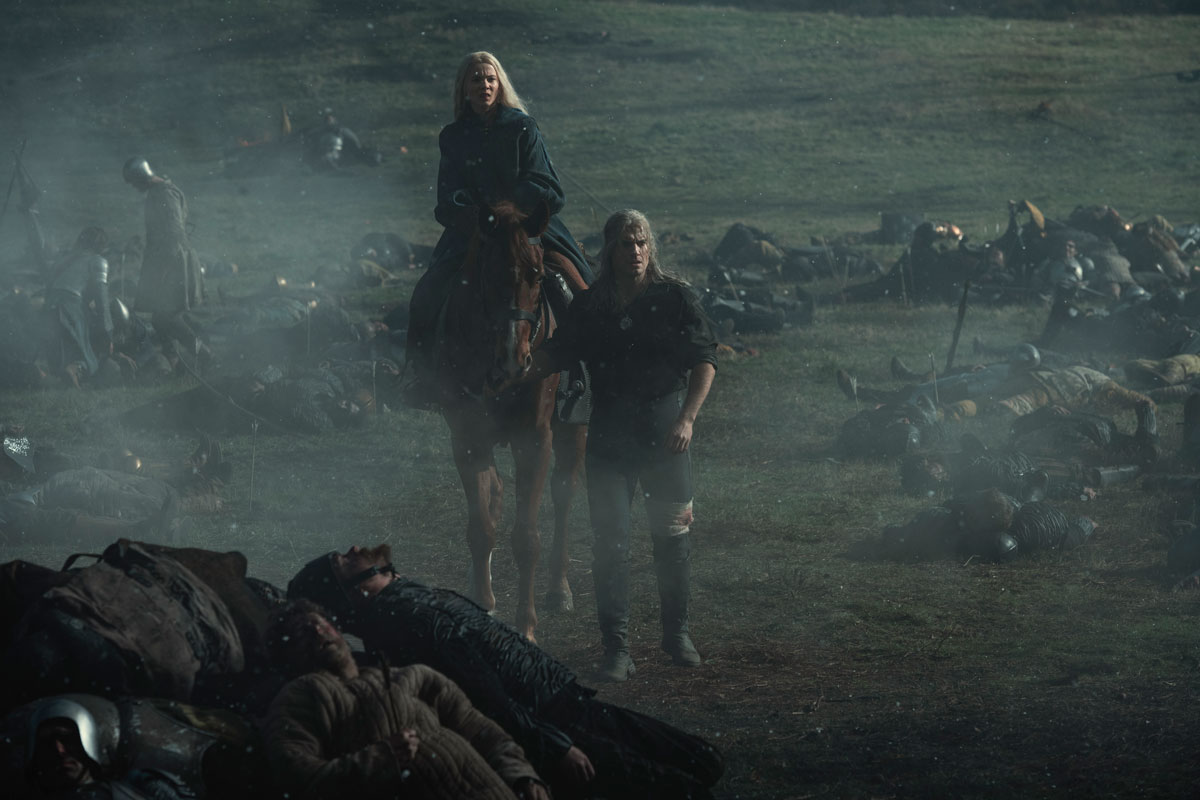 The Witcher Season 2 picks up just moments after Geralt and Ciri reunite - the latter having fled her home kingdom and been through various bloody nightmares on the way. Geralt decides to take Ciri back to the closest thing he has to a home: Kaer Morhen, a beaten-down stronghold where witchers like him gather every winter to rest and lick their wounds. There’s an immediate shift in Geralt’s personal status quo - this isn’t a show about a mutant killing monsters for money anymore. The witcher is now driven by a quest to keep Ciri safe from various external threats, even if he doesn’t feel altogether qualified to get the job done.

Of course, that doesn’t mean there aren’t any monsters at all. Something new and dangerous is brewing in the Continent, catching even the witchers by surprise. I won’t spoil the nature of this new threat, but it does result in some interesting fights going down throughout this season. Visually, Season 2 is an undeniable improvement from its predecessor, with better costuming, sets, prosthetics and visual effects. CG monsters (one of which I was very pleased to see this season, as it was my favourite from The Witcher 3) look spectacularly gnarly, and practical effects on new faces like Nivellen are great as well. 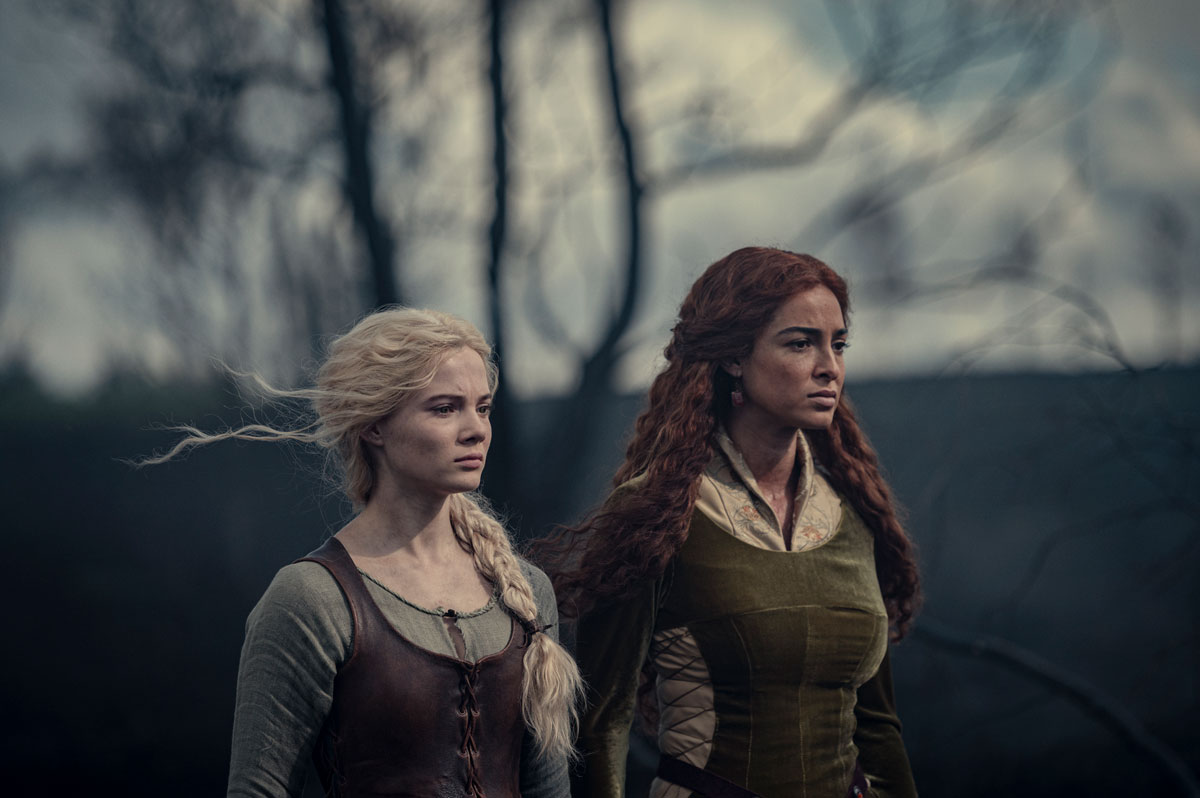 Those who fell off Season 1 due to its convoluted time-skippy storytelling can rest easy as these new episodes are much easier to follow. This season adapts Andrzej Sapkowski’s Blood of Elves, which is the first full-length novel in The Witcher saga that isn’t a collection of short stories. Hence, these new episodes unfold with a lot of set-up work for future events down the line, and that means having to deal with a rather dull storyline involving Elves ripped right out of The Mummy. Most of this season is strong, however - partly down to its willingness to stray from Sapkowski’s books. For example, one episode sees Yennefer in an unlikely team-up that works hilariously well, while another adapts the short story A Grain of Truth and uses it to flesh out Geralt and Ciri’s relationship.

The Witcher seems like a quieter show this season, despite its monster fights and cataclysmic threats. Characters don’t have to constantly spurt exposition to get viewers up to speed on the story quickly. Now, they are allowed to simply co-exist, bounce off each other, and give us a chance to warm up to them properly. 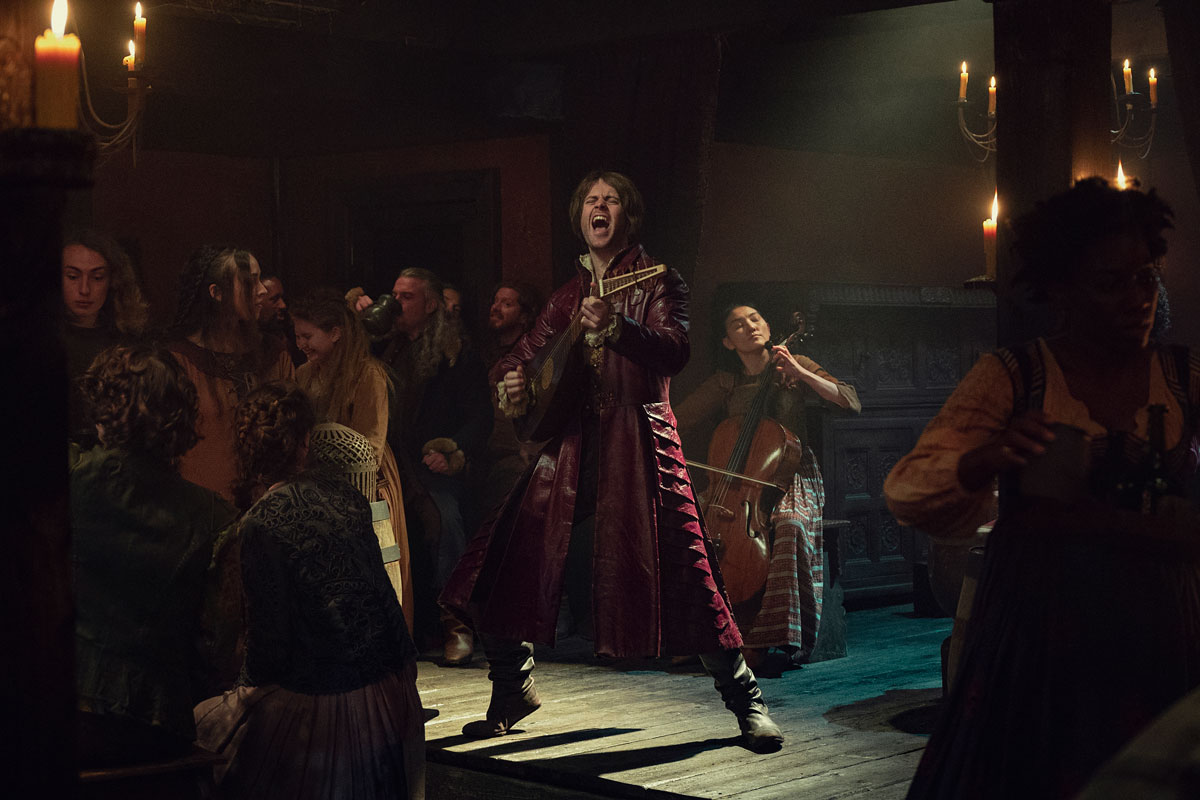 Fans of The Witcher 3 might be especially excited for this season, as it sees the introduction of Geralt’s mentor and father figure Vesemir. Kim Bodnia (Killing Eve) plays an older and more grizzled version of the witcher, whose origins were covered earlier this year in The Witcher: Nightmare of the Wolf. Bodnia is a great fit for the role. Vesemir might be a little more worn down than we last saw him, but it’s easy to see why he commands so much respect - to the point that he can silence a castle full of witchers with barely a word uttered. Geralt’s interactions with him, and the other witchers at Kaer Morhen, also provide insight on how the witcher behaves when he’s not on the road and constantly dealing with death.

I found Ciri fairly dull in Season 1, but she really comes into her own in these new episodes. The early hours see Geralt and his Child Surprise awkwardly tiptoe around one another as strangers, but after Ciri starts training at Kaer Morhen and interacting with the other witchers there, you can’t help but to root for her sheer drive. This season draws her in multiple dimensions - yes, she is an immature, stubborn brat at times - but she’s also empathetic, skilful and funny. It’s also nice to see the side of Geralt she brings out, who’s a whole lot more loquacious than he was last season in an effort to pass down his values. Anya Chalotra shines as Yennefer this season, who will undoubtedly continue to be a fan favourite. Her story is interwoven with the elves’, whose good graces she has to worm her way into - while dealing with traumatic consequences from the Battle of Sodden.

I wish I could say this season was excellent across the board, but it does have its faults. Seemingly in an effort to keep the pace up this season, almost every episode features a fight sequence of some kind - even when the story calls for a breather. These fights are a lot less exciting than the previous season, unfolding the same way almost every time: Geralt dances around a monster for five minutes, then he kills it in one blow. There’s a strange lack of energy there. I also have issue with how little Triss Merigold seems to factor in this season (we have not seen the last two episodes) - she barely appears at all, as the show speeds through her section of the book a little too quickly. 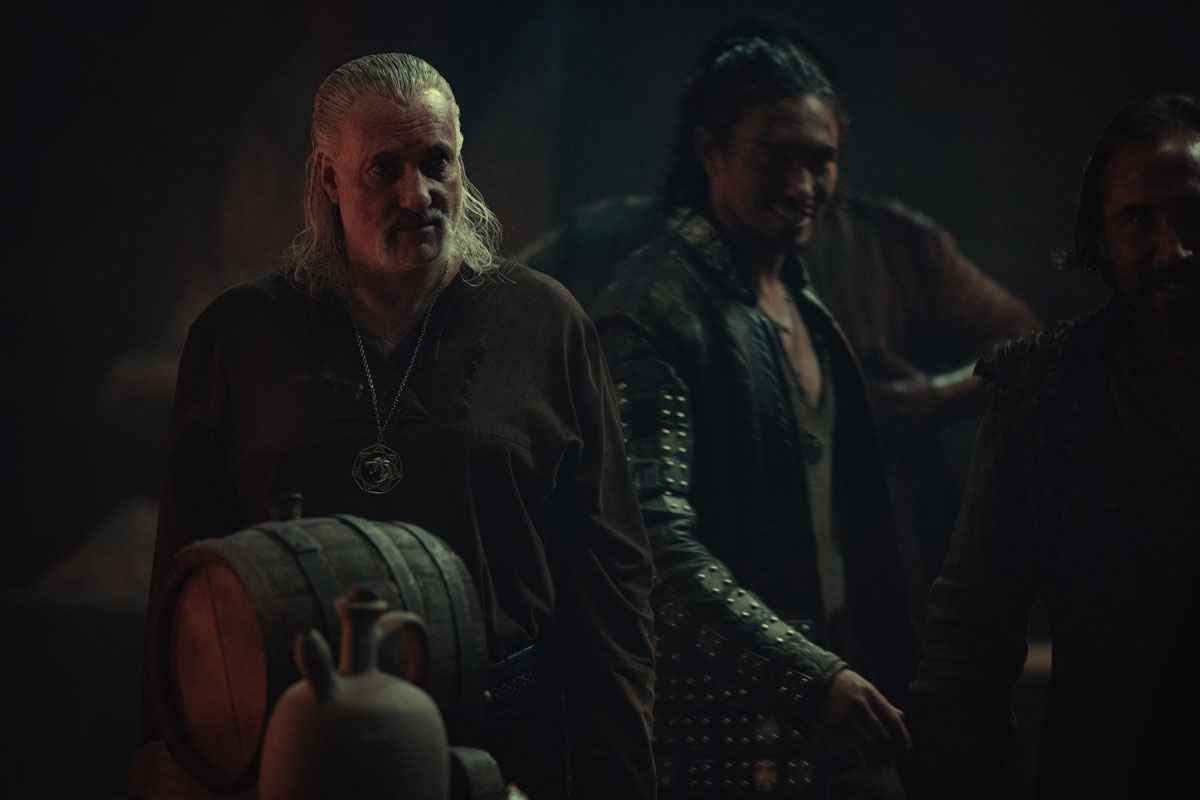 The pieces have been put in their places, and now they are moving; that is what The Witcher Season 2 feels like. The show’s costuming, sets and monsters finally feel worthy of the source material it pulls from, and its main cast is given equally great material to shine in their roles. New characters fans might already be familiar with, like Vesemir, will likely leave them wanting more. Even returning characters like Jaskier and Ciri feel significantly more interesting this season, as they evolve with the rapidly changing Continent for survival’s sake. While its action sequences are fairly lackluster, this season uses complex characters as the building blocks of an epic saga - and that ambition is already paying off in spades.