As if America’s war on drugs worked out so well the first time around.

Netflix’s Project Power is a superhero movie - but not the traditional kind. A new drug has hit the streets of New Orleans, imbuing its takers with superpowers for five whole minutes. These powers can range from invisibility to pyrokinesis, but there’s a catch - you don’t know what power you’re going to get until you take the pill. You could go invisible, or you could explode and die. Pretty tempting, eh?

Dumb name aside, Project Power has all the key ingredients for a smash hit: a star-studded cast, explosive action and likable characters. It’s a thrilling ride, despite never exploring the pill to its full potential - but a breakneck pace robs its characters of the development they deserve. This movie largely revolves around a trio of characters - Art (Jamie Foxx), Frank (Joseph Gordon-Levitt) and Robin (Dominique Fishback). Frank is your typical rogue cop, working to dismantle the ring of criminals circulating New Orleans’ most dangerous drug. To keep on the same level with powered-up criminals, he pops pills to gain invulnerability. That’s a big no-no in the police department, for obvious reasons.

Art is a former soldier going to town on New Orleans’ bad guys, somehow managing to go toe to toe with superpowered criminals while refusing to pop a pill. While Frank is solely fighting for his city Batman-style, Art is in this to get his daughter back. She was taken from him by the same criminals circulating these drugs, and Art’s journey to get her back brings him to a violent confrontation with Frank.

Robin is the heart of this movie. A young girl with a talent for the spoken word, she works as drug-dealing bait for Frank, who swoops in to arrest the people she meets. Soon, she's mistaken for an actual dealer by Art, and gets mixed up in his quest to save his daughter. Their relationship is a highlight here. Art is one of the few who actually supports Robin's dreams of being a rapper - and encourages her to break free from the roles this city threatens to force upon her.

Too fast-paced for its own good 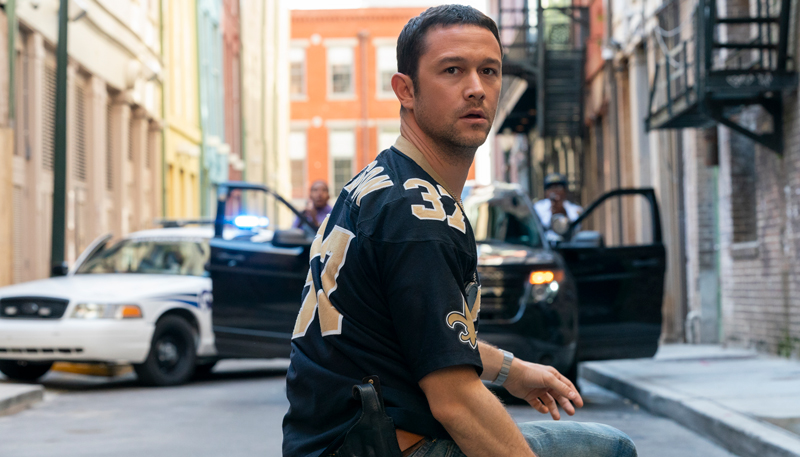 While I certainly enjoyed all the high-budget action that comes with a movie of this calibre, I couldn’t help but wish Project Power had been made into a TV series instead. It just feels poorly paced - with its characters darting from one place to another with few breaks in between... until the whole thing ends. Characters like Robin get time to shine, with high ambitions and solid motivation to keep on trucking. Others, like Frank, only exist for comic relief and to move things along.

With a cast as good as this, it really is a shame to see all their talent go to waste. While Jamie Foxx brings charm and depth to Art, we don’t really get to see much of who exactly Art is. All we know is that he’s an ambiguously good soldier looking for his daughter - it doesn’t get any deeper than that. Frank is even worse, playing the stereotypical angry cop who breaks the rules to get things done. Once again, it doesn’t get any deeper than that.

Project Power’s underlying concept has a ton of potential. When powerful pills (literally) hit the street, one would expect New Orleans to be in utter upheaval. Instead, all we see is the odd invisible man robbing banks or Human Torch blowing up the slums. The powers themselves aren’t particularly creative - and one only has to look at shows like My Hero Academia to see how weird the genre can get with abilities. I didn’t see anything here that wasn’t done better in a Marvel movie. Project Power skates along with a unique premise and big action sequences, but it would be nothing without its stellar main cast. Dominique Fishback, Jamie Foxx and Joseph Gordon-Levitt are pretty charismatic on their own, but become a lot more fun to watch when put together and thrown into explosive setpieces. Once Netflix greenlights the inevitable sequel, I’d tune in just to see this trio back together again.

If I had one complaint - it’d be that the story doesn’t allow the characters much room to breathe. Project Power doesn’t do much to surprise you, either - it just careens towards an incredibly predictable ending at blinding speed. As it stands, the movie’s just a whole lot of dumb fun with good actors running around New Orleans trying not to get blown up. That’s practically the formula to every new Transformers movie - but what can I say? The formula works.