Netflix's Cowboy Bebop interview: Cast and crew want to do the anime justice 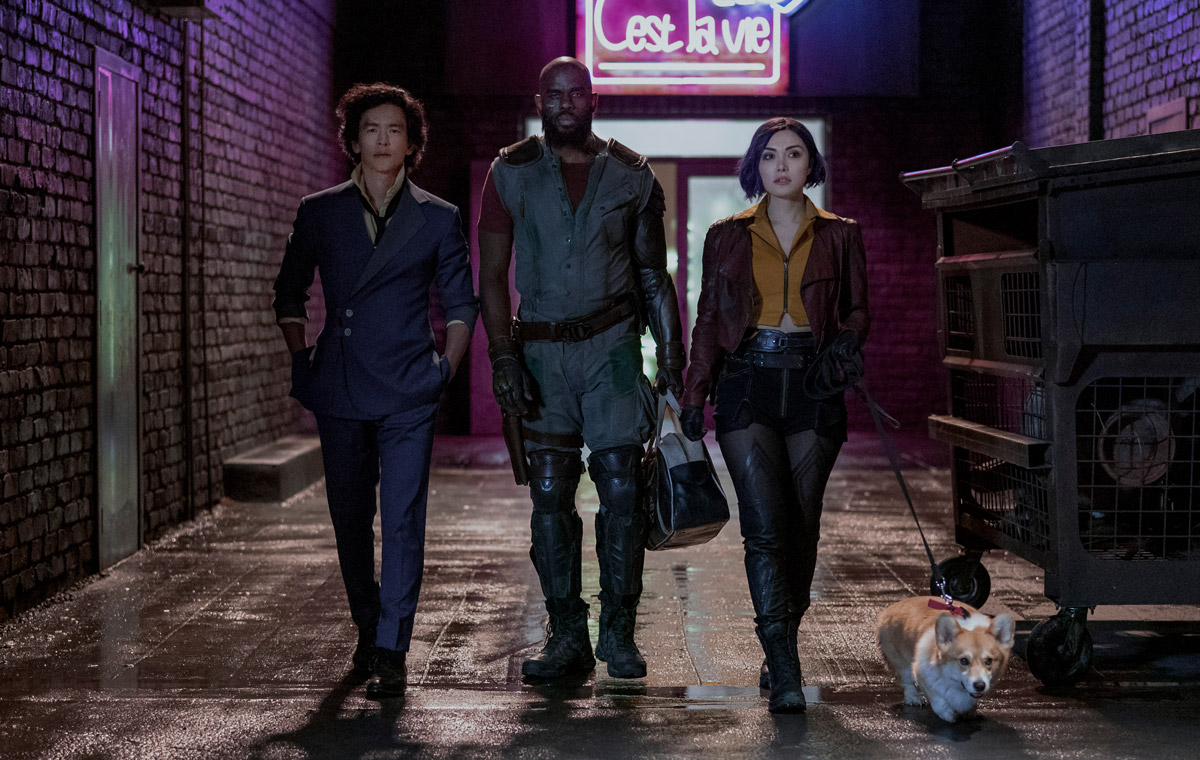 Netflix might be biting off more than it can chew with Cowboy Bebop, a live-action adaptation of the legendary anime series of the same name. Cowboy Bebop's fanbase is devoted to its eccentricities, and reception of the Netflix series have been divided thus far due to its casting and campy tone. However, this might just be down to its creators wanting to chart a new path for this adaptation - one that isn’t beholden to the anime’s storyline and characters, but remains loyal to the source material in all the ways that matter.

Cowboy Bebop follows a trio of bounty hunters making their way through space, capturing criminals for money so they can live to eat noodles and peppers another day. This crew - Spike Spiegel, Jet Black and Faye Valentine sail across the galaxy in a ship called the Bebop. Each of them have difficulties getting over their trauma-laden pasts, not that their future is looking too bright either.  This is especially important: there is also a corgi named Ein. Ein is a very good boy.

We recently talked to Cowboy Bebop’s executive producer and showrunner André Nemec about his approach to adapting the original anime to live-action. We also talked to the cast of the show, John Cho (Spike Spiegel), Mustafa Shakir (Jet Black) and Daniella Pineda (Faye Valentine) about what it was like to train for their roles and film during a pandemic. 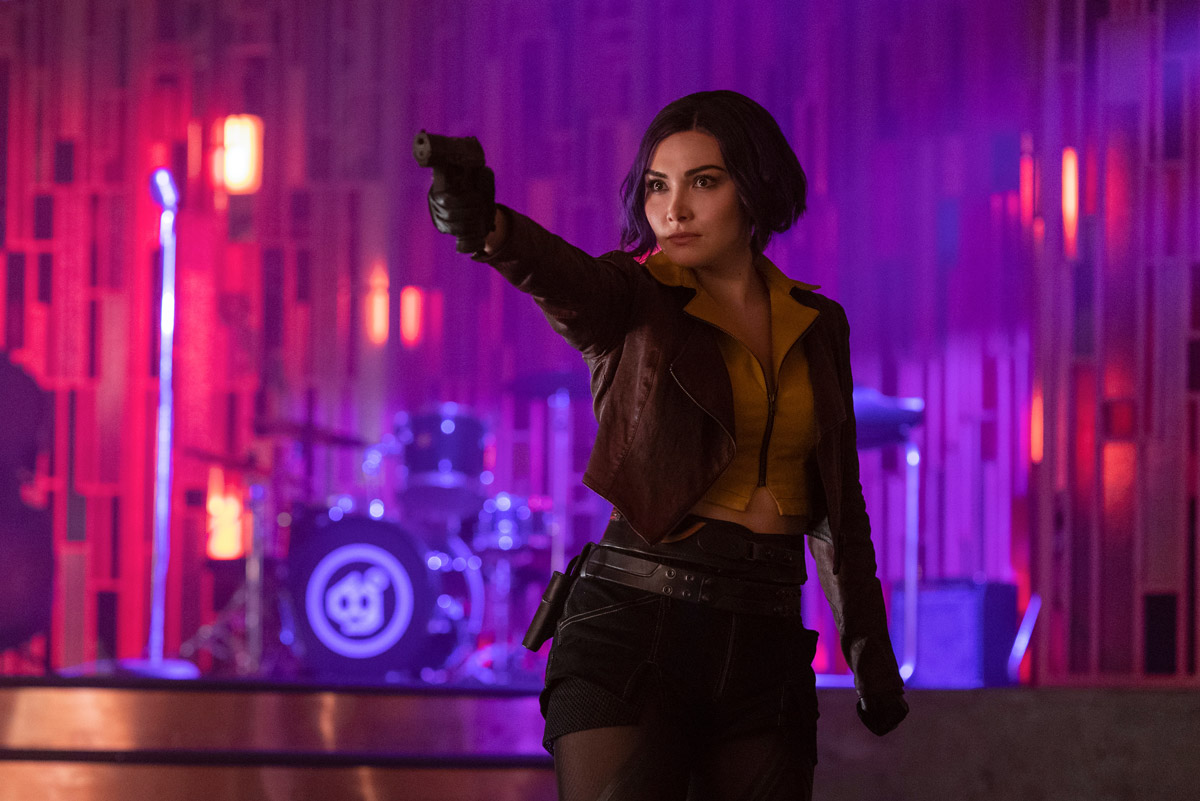 What are some of the joys and challenges your experienced in bringing Spike, Jet and Faye to life?

John Cho: I'm gonna guess for the three of us, the biggest challenge was just going to boot camp and learning all the skills required to pull off these fight scenes. For me, the joy was just walking onto sets that were so fully imagined. Seeing something come to life is really magical, and to be able to play in a world that's so fun and rich and interesting. There were lots of pinch yourself moments throughout the course of the season for me.

Daniella Pineda: Yeah, I think that there were mostly joys. But this was the most challenging shoot, the most challenging project that I've ever been a part of, primarily due to the training. The bootcamp was really, really intense. It was really rewarding too. I'm so happy I experienced it. It's a fun show, and it’s fun to be a character on that show. I hope that people really kind of lose themselves and get a kick out of all the hard work that we did.

The biggest joy came from wrapping the show, because it seemed like there were so many things trying to stop us from finishing it, like COVID and all these things, but we did it. It’s the most rewarding experience I think I've had working on anything.

Spike’s hair is glorious throughout this season. How did suiting up as Spike Spiegel for the first time feel, and how long does it typically take to get dressed up for a scene?

John Cho: It takes me four and a half hours to get dressed. It's because I'm very slow.

John Cho (laughing): Yeah, no, it felt awesome. This suit is obviously iconic, and we added a lot of flourishes and easter eggs in the suit itself. And just to know that that kind of care was taken over your wardrobe feels very authentic and very individual. It's imbued with meaning because it isn't just a suit, you know? So to put it on, and then look in the mirror and say, “Oh, I see. I'm playing Spike Spiegel. In case I wasn't aware.” It's a great way to walk onto a set and know that you've done everything you can to look the part, and it's not a bad way to begin.

Do you have any interesting stories from the set?

Daniella Pineda: There's a day where all of us had a shared monologue that we didn't get to rehearse. And we had to say it at the same time - you guys know what I'm talking about?

Daniella Pineda: It was really scary at first, and then we got through it. And I didn't think we would, but we did. I was really proud of us. That's...a boring story. As soon as I started telling it, I was like, “This is a dumb story.” You had to have been there! John, you take it away.

John Cho: This is taking a serious turn, but I injured myself during a scene in 2019, when we first started and then came back in 2020, after having surgery and rehab, and I came back and finished the scene. And that felt pretty freaking good to be able to dust that baby off and put it in the can, as it were. 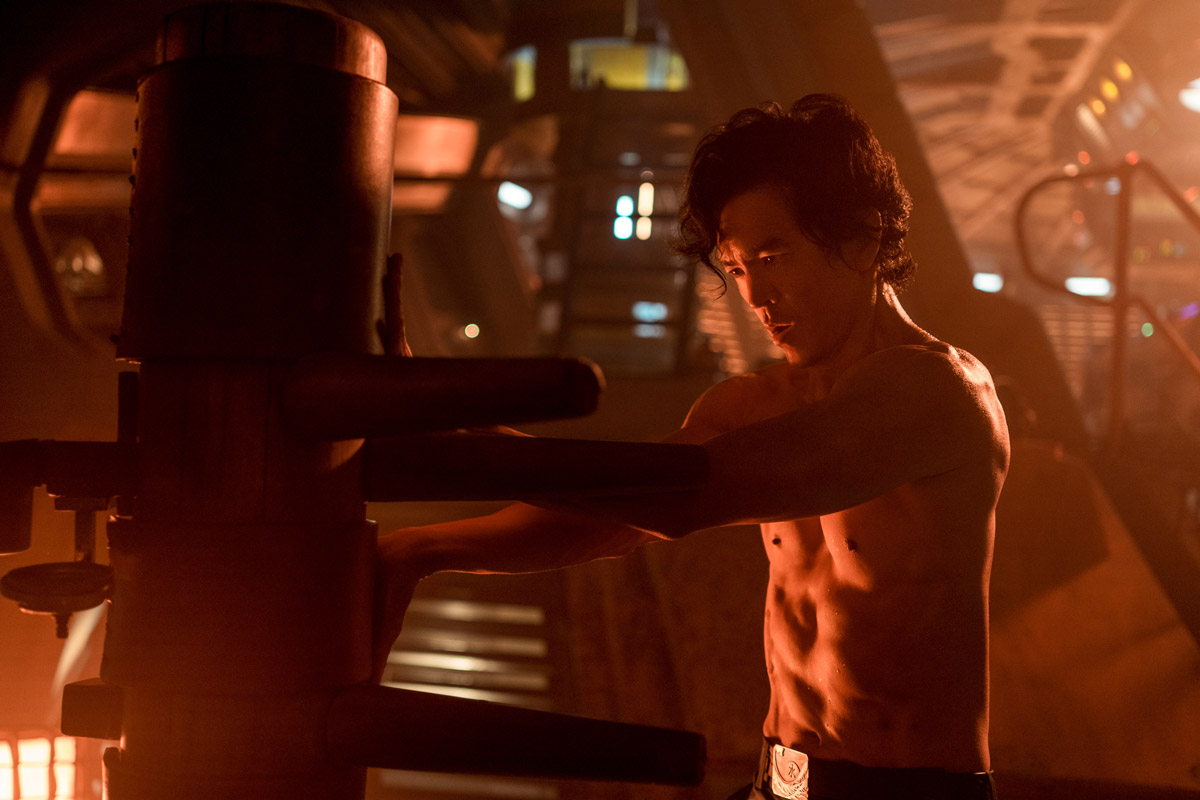 Spike is a very active and athletic sort. When you got the role, did you feel any pressure to look the part, given Hollywood’s expectations on leading men looking a certain way in action projects?

John Cho: No, but certainly that was a concern going in. I wanted to be believable, but it wasn’t a superhero part. I felt that I had to have a functional-looking physique. Spike was lean, he wasn't beefed up. Certainly, Hollywood expectations for the male physique have really changed. I feel like people like Paul Newman would be considered wimpy-looking in today's times, so it's certainly changed. I don't know what to say about it, except that it must be the comic book expectations of the men in our culture now, because that's so popular. I don't know. I'm just trying to do my kicks as Spike.

If you were real bounty hunters and had to bring one of your co-stars along for a mission, who would you trust to have your back?

Daniella Pineda: I would bring Jet Black. Jet Black is no nonsense. He's gonna get the job done. He doesn't want to deal with any of the B.S. He's reliable. He has dad energy, I would feel most safe with Jet.

John Cho: Yeah, I guess it would be Jet. With Faye, I feel like we could get the job done - but she would steal the money. I need to go with someone who is trustworthy, who’s not going to steal the frickin’ loot. I'm gonna go with Jet.

Mustafa Shakir: I would also go with Jet.

Daniella Pineda (laughing): We definitely all rely on Jet, for sure.

Cowboy Bebop is an almost identical adaptation of the anime, from the aesthetics to the costumes and the music. Did you have any freedom and creativity to explore and give your own spin to the characters?

Daniella Pineda: I got a lot of creative say in my outfits. You know, we tried with the original. But in the original outfit, which is so lovely, it's hard to hide stunt pads and gel pads and back plates and things you need when you're falling and kicking and doing stunts. I worked a lot with Jane Holland, our fantastic designer and head of wardrobe to figure out how this Faye Valentine functions in the real world, as a real human being. So I got a lot of say in that.

Mustafa Shakir: Yeah, I'd have to agree. No one ever really told me what to do, to be honest. It was just like, “We hired you, because we know that you were capable of bringing this guy to life.” I was pretty much given free rein. So I felt very much a part of the process of bringing him to life.

John Cho: Same. The template was there, obviously, and there were benchmarks that we were hitting, and there was iconography that we were exploring. In terms of the backstory, though, we kind of felt like, as actors, we just had to try and make all that real and three-dimensional for ourselves. We went further in that zone than the anime, I felt, in dramatizing all that pain, and the loss and the trauma. That’s where I feel we had to bring ourselves and our own skills to bear.

Head on over to the next page for our interview with showrunner André Nemec, where he talks about how the creative team nailed the show's vibrant tone, which parts of the anime they had to leave out and what it was like working with the original anime's creator Watanabe Shinichiro!