Netflix's #Alive is an entertaining gamer's guide to the zombie apocalypse

Netflix's #Alive is an entertaining gamer's guide to the zombie apocalypse 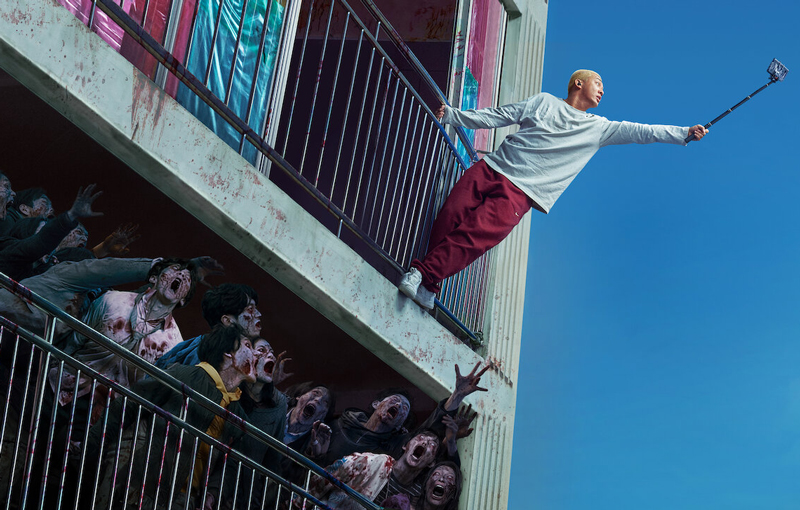 This movie hits a little too close to home right now.

Netflix’s #Alive follows Joon-woo, a young man stuck in self-isolation while a deadly pandemic ravages the world around him. That’s almost eerily relatable right now, isn’t it? I’d like to think that we’re all doing a little better than him, however.

Joon-woo is a young gamer, spending his days playing MMORPGs with friends and livestreaming his adventures to the masses. While his family happens to be out, the unthinkable happens - a zombie apocalypse violently kicks off in the city, leaving his family in danger and Joon-woo with no way out. Joon-woo learns quickly that the apocalypse is no joke, and director Cho Il-hyung deftly handles its introduction here. Looking outside, the lead character finds crowds of zombies ripping others apart. An injured neighbour stumbles into his house, begging for safety and while he initially obliges - he quickly learns that zombie bites are no joke. In just a few minutes, we're introduced to all the dangers of this new world - and its new rules of survival.

Poor Joon-woo would’ve likely been as lost without his family, but clings onto one of his family’s last requests: survive. After that, #Alive becomes an irregular zombie movie. Many of the stories in this genre thrive on the bigger picture. How is the rest of the world faring? Where did this virus come from? Is there a cure? Those movies usually follow scientists or sheriff’s deputies - people who might have a role to play and reason to survive in the apocalypse. #Alive instead zooms in on the little things. How would one person, stuck in an apartment complex, survive in the zombie apocalypse? There’s no way out. There’s no help coming. Even his internet shuts down eventually, leaving him without a way to play his favourite games. It's a shame that his awesome-looking gaming rig (with all the RGB bells and whistles too) then goes largely unused for most of the movie, save for the occasional vlog recording session. Being a gamer is one of the few interesting things we actually know about Joon-woo, and it gets tossed aside almost immediately.

I would look back on #Alive much more favourably if it had actually taken the time to flesh out its lead character. Joon-woo has very little personality to speak of, and serves more as an audience surrogate for us all, as we imagine what it would be like if the ongoing pandemic had been that much worse. Take that out of the equation however, and Joon-woo merely stands on the shoulders of a terrific performance by Yoo Ah-in. 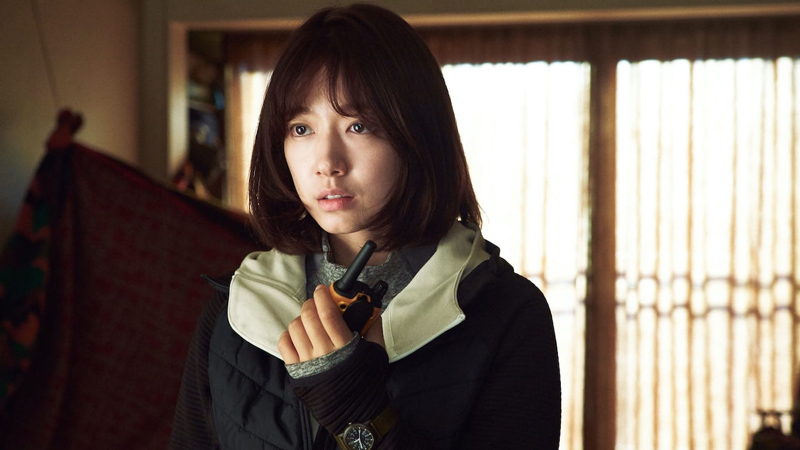 #Alive is at its best when it follows Joon-woo’s escapades at home, as he struggles to make things work for the long-term. He dances around to music and drinks alcohol, and records video messages to immortalise his fight for survival. He even makes clever use of a drone to examine his surroundings, and the floors above and below. Unfortunately, all of this only takes him, and the movie, so far.

The story kicks into higher gear when Joon-woo becomes aware of Yoo-bin, a woman who’s managed to survive all this time in the apartment opposite his. The two begin to communicate via flashing messages on their phones (since noise would attract the meat-munchers), and a connection begins to bloom. Finally, #Alive decides to show its hand. It couldn’t be a movie about one person trying to survive the apocalypse alone. Now, it’s about two.

Yoo-bin’s arrival comes in the nick of time, just as I grew tired of Joon-woo’s glacially-paced story of survival. Joon-woo’s found a reason to live - and someone to cook ramen with, too. The two of them connecting in strangely creative ways is fun to watch, especially as we learn about Yoo-bin and how she’s survived. Don’t be fooled, however. Yoo-bin is nothing more than a capable person with an axe. I truly wish #Alive wasn’t so averse to a good character arc, but here we are. Unfortunately, #Alive falls off the rails quickly the moment Yoo-bin enters the fray. It’s incredibly disappointing to watch a movie spend so much time carving out its own space in the zombie genre, only to fall victim to its clichés and tropes anyway. A series of unimpressive action scenes follow one after another in the third act, which fall flat when compared to #Alive's contemporaries. The duo meet a survivor, whose turn as a villain is utterly bog-standard.

Suddenly, the shiny polish on this zombie movie wears off. Watching Joon-woo trying to make things work in self-isolation was interesting, if not depressingly relatable. It was original, at the very least. The moment the movie plucked him out of that zombie movie and dumped him into this B-grade fare, it lost me. Netflix’s #Alive showed a lot of promise. It’s gorgeously filmed, has fantastic-looking zombies and gets creative with the genre now and again - using modern technology like phones and drones to its benefit. However, it eventually devolves into yet another generic zombie story, half-heartedly ticking off every box in a boring list of genre tropes all the way up to its ending.

Clocking in at 90 minutes, the best thing I can say about #Alive is that it doesn’t outstay its welcome. For a better zombie story on Netflix, try Kingdom instead.

6 suspicious survivors out of 10

#Alive is now available to stream on Netflix.