Interview: The cast and crew of Kingdom: Ashin of the North talk Ashin's revenge

Interview: The cast and crew of Kingdom: Ashin of the North talk Ashin's revenge 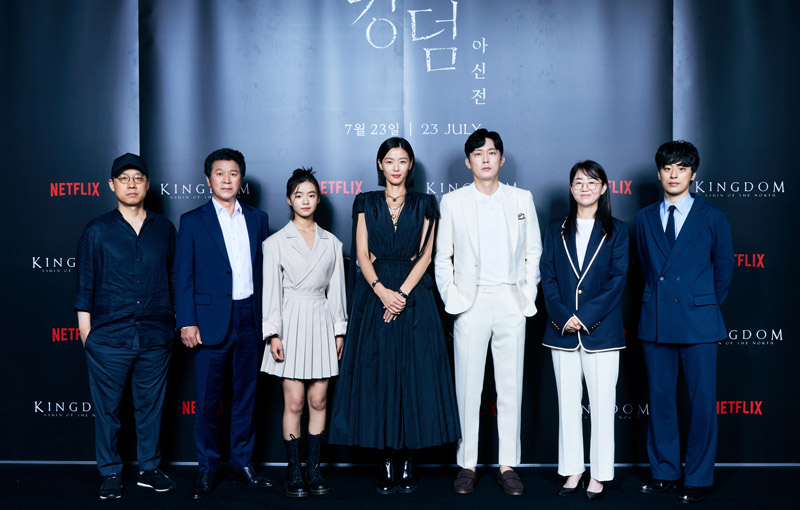 Have you seen the special episode yet?

Netflix recently released Kingdom: Ashin of the North, a side-quel to the hit South Korean zombie-horror TV series set in the Joseon period, Kingdom. What was already a politically tumultuous time has zombies thrown into the mix for an extra dose of chaos, but this 90-minute special episode takes the story away from all that.

Ashin of the North revolves around its enigmatic titular character, who appeared right at the end of Kingdom Season 2 in ominous fashion. Who is she? Why is she here? What does she want? These are questions Netflix’s special episode wants to tackle, fleshing out Ashin and her backstory while diving deep into the origins of this zombie outbreak at the same time.

We recently had the opportunity to join a press session with the cast and creators of Kingdom: Ashin of the North, including Kim Seong-hun (director), Gianna Jun (Ashin), Park Byung-eun (Min Chi Rok) and Kim Eun-hee (writer and creator). The group discussed returning to the world of Kingdom after seeing its popularity skyrocket, the reason this special episode had to be separate from Season 3, and fishing. As in, catching fish. What? 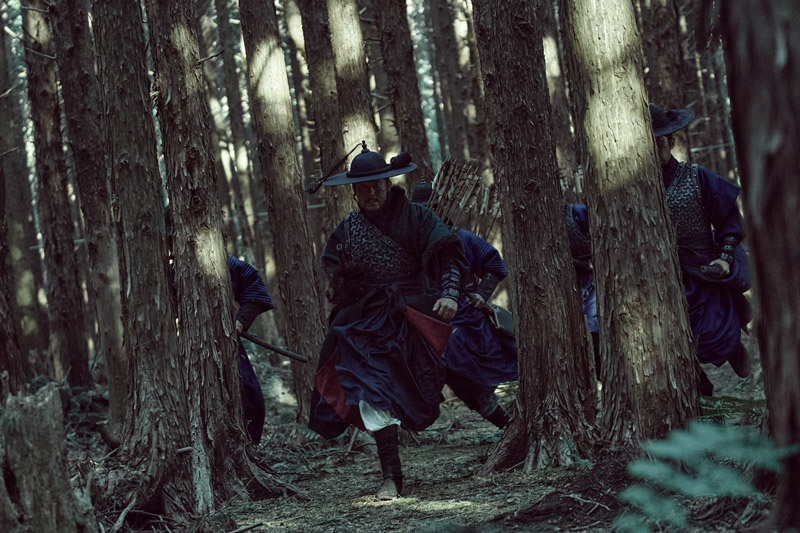 How do you feel, now that you're back and directing Kingdom again? Why did you decide to direct this special episode yourself?

Kim Seong-hun: While we were working on the second season, I was lucky enough to read the first treatment of the script. When I read it, I thought to myself: I knew she was a great writer. But was she this great? And I decided that the fastest way for us to really bring that into life was for me to do it myself, so that's why I decided to direct this special episode. There was great joy in the familiarity of rejoining the staff and the crew once again. There was great excitement for the evolved story, as well as introducing these new characters. I also want to add that I don't think any director would say no to directing something that Gianna Jun would be starring in.

Why did you decide to make Ashin of the North a side episode instead of a full on season? Has Ashin always been a part of the original storyline, or was she created as the series unfolded?

Kim Eun-hee: Ashin was created - I would say about the early-to-mid stages of working on the second season, and when I was looking into what kind of story to bring to life for the latter part of the season. The resurrection plant has these certain ‘cold’ properties, so I naturally looked into the northern areas of Joseon, and that's when I came across these marginalized people who, at the time, didn't belong anywhere. So I took an interest in that aspect and throughout that process Ashin was crystallized.

And when you look at the story behind Ashin…it is a very long and complex story. Because it is such an overarching story with a long timeline, I felt that rather than incorporating her story into the third season, it would be more audience friendly, and also something that would be conducive to higher quality content, if we were to provide it in a special episode.

How did you prepare for this role?

Gianna Jun: I would say that in terms of the physique or stamina that the character required, I was ready before I even got into playing the role of Ashin. I tried to focus mostly on how to interpret the personal anguish and hurt into wanting to avenge the whole land of Joseon. 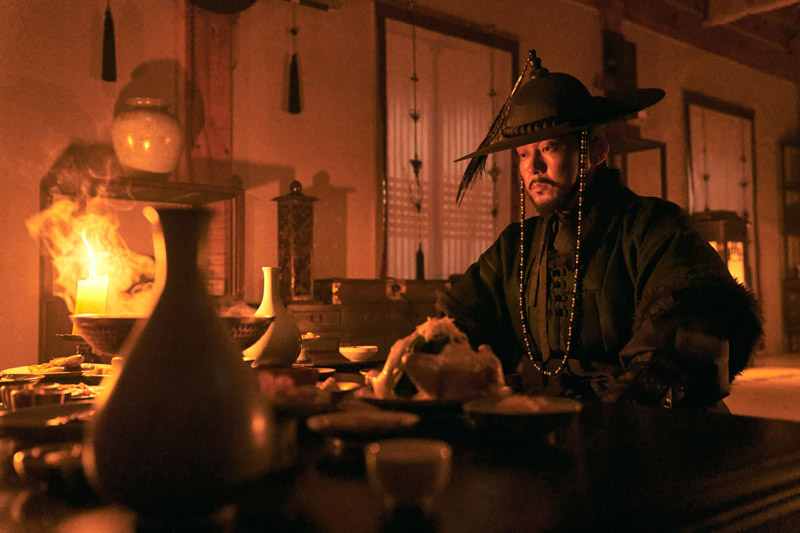 Park Byung-eun: So basically this is someone who is ready to give his all for his nation. He's a very loyal servant. And he's also obviously amazing in all kinds of martial arts, being the head of the royal commandery division in Season 2. But in this special episode, I try to focus more on the relationship between him and Ashin, and also the resurrection plant and how all of that ends up unfolding into this outbreak of undead in Joseon.

Also, in Season 2, you may have seen my character very skilled with the bow and arrow and if you look at this special episode, you will also notice Ashin being a very skilled archer. So I think another good point to focus on is: why all the archery?

Previously, both of you starred together in a different movie called Assassination. What's it like to reunite and work together once again for Ashin of the North after all these years?

Gianna Jun: Obviously, I was really happy to see him again. And one thing I can say for sure is that he's definitely better at fishing. Now, back when we were shooting Assassination, he said that he was really good. He was boasting a lot, but I never really got to taste what he caught. And so this time, we all begged him to bring his catches in, and we were indeed able to enjoy the results of his wonderful fishing skills.

Park Byung-eun: When we were both working on Assassination, it was the first time ever that I actually met Gianna. And at the time, I would say that we weren't that close - there was a little bit of awkwardness between us. But when we heard that we would be working side by side for this special episode, there was great excitement. It's such an honor and joy to be working alongside her on such a wonderful piece of work, that an amazing director and writer have created together, and also with an amazing and talented crew. So all I can say is that I'm just very thankful. And she did mention my fishing skills…so I'm gonna stop right here.

(At this point, the interviewees devolved into banter amongst themselves, and Byung-eun said the following before burying his hands in his face)

I didn't know which to focus on more. I'm supposed to be working on my acting skills, but these people here have driven me out to sea, to fish for more yellowtail and cuttlefish, which we were all able to enjoy very much while shooting the special episode. So yeah, I'm gonna stop here, in terms of all the fish stories.

What were your favourite scenes to film in Ashin of the North?

Kim Eun-hee: This is very difficult to express without giving you spoilers, but all I'm gonna say is that towards the later part of the special episode, there is a scene with zombies that I'm particularly fond of. It was very tough to write that particular scene, but it was also a scene that I really wanted to see come to life.

Kim Seong-hun: I'm going to have to choose the scene that writer Kim also chose. It's tough to talk about in detail, but I believe that it is a scene that the entire 90 minutes really is building toward. I would say it's a truly sad, tragic but immensely charming scene.

Park Byung-eun: To pick another one, I would say the scene where young Ashin is kneeling before Min Chi Rok. It was very special and memorable for me personally, because first of all, her performance was absolutely amazing. She gave such a great performance and had such great energy that, in turn, it really provided me and my character a similar energy that I needed to create that scene. I think it would be very interesting as well for the audience to look into that scene and think about how the relationship between these two characters change, and what kind of stories will unfold with them. 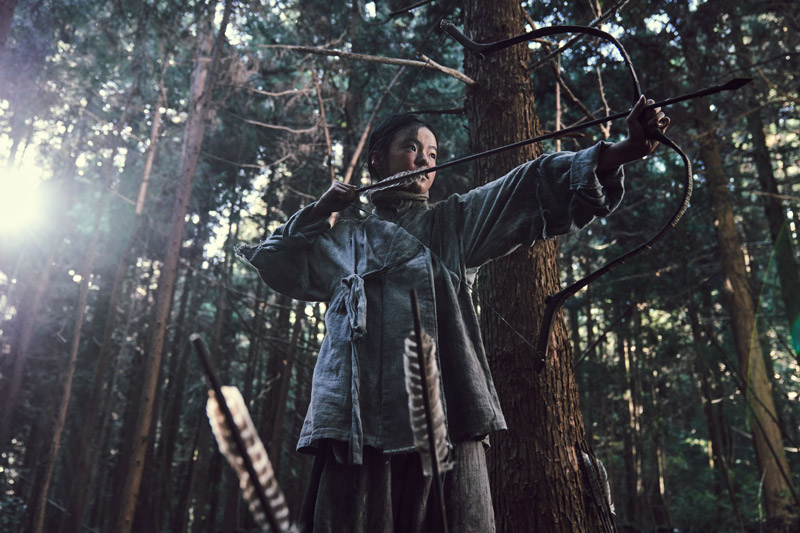 Kingdom has built up an avid following, one that seems to grow larger with every new season. Is there pressure in trying to come up with this special episode, with all eyes on the series?

Kim Eun-hee: I would be lying if I said there is no pressure - I think pressure is inevitable at this point. However, I do feel that it is nearly impossible to create something where, if you show this content to 100 people, all of them love it. And I do think that with this special episode of Kingdom, for those fans that are really looking forward to a lot of action, they might think it's not really what they expected. However, I truly hope that we can successfully convey the intention of what we wanted to create, with Ashin and the depiction of these far northern lands. So I really hope that you will be generous as you watch our special episode.

Kim Seong-hun: I would say rather than pressure in a negative sense, it was more of a positive excitement. The entire staff and all of their crew that worked on Kingdom are excited now, because we know how many people are waiting for the series globally.

Park Byung-eun: Rather than being too nervous or daunted by the pressure, I tried to really focus on what I have to do. I think it's a positive type of pressure because that's exactly what helps actors be better performers. That's what drives you to bring the best performance out of you. I also think that it's the role of a good actor to really interpret that kind of energy for a great performance.

Gianna Jun: Being able to participate at a later point in time for a series that I loved so much, I have to say that there was quite a significant level of pressure for me. And in fact, my personality is one that does better under pressure. So I think I deliberately tried to feel that positive pressure so that I could do better. I didn't want to look like I was just enjoying the ride, propelled by what was already a great show before I joined in. I think in that aspect, I really tried to focus more on bringing everything that I had into the series.

Kingdom: Ashin of the North is now streaming on Netflix.