Netflix interview: The cast and crew of Riot Games' Arcane weigh in on their experiences 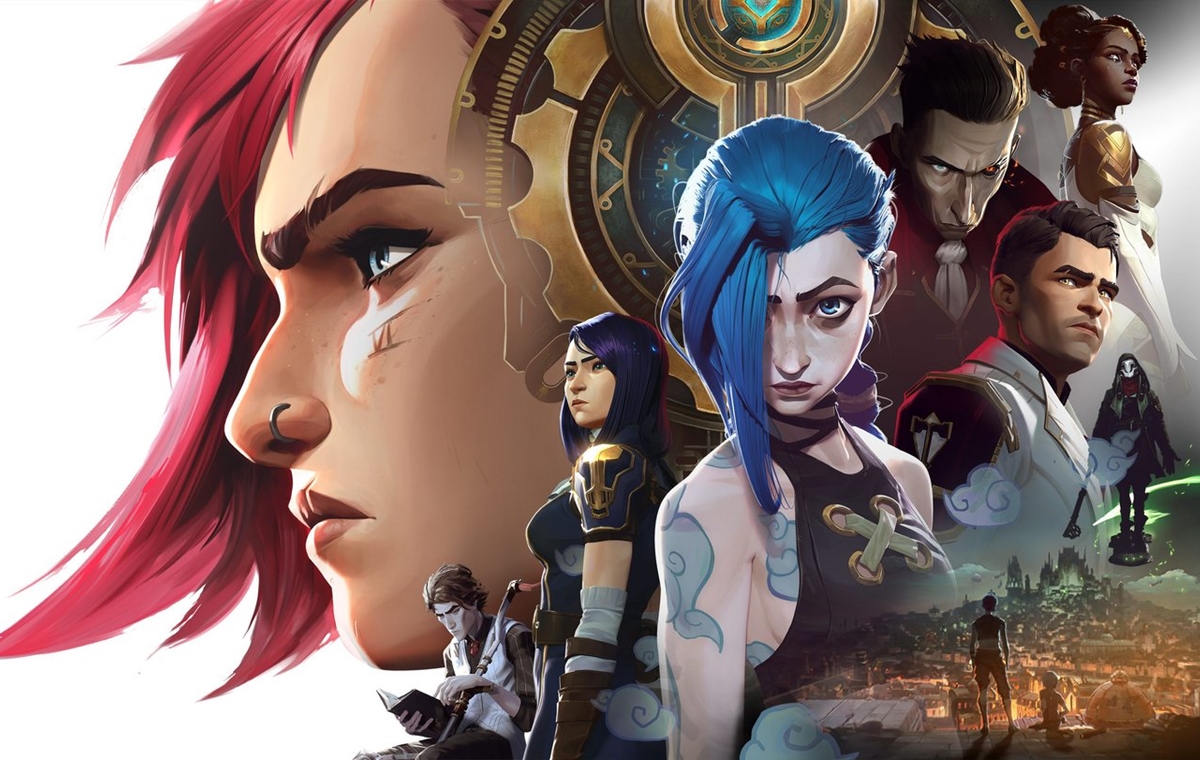 Ladies, gentlemen and yordles of all sizes, the long-awaited day has finally arrived, and I'm sure we're all ready to start watching Arcane with a large tub of popcorn in hand. With Worlds 2021 having wrapped up merely a few hours earlier, it's certainly a great time to be a League of Legends fan, and regardless of who you were rooting for, it's all water under the bridge now. Probably.

Anyway, most of us should already have a rough idea of what Riot Games' much-hyped Netflix series is about, but for the benefit of those who might have missed the memo, here's a quick refresher. Essentially, the nine-episode series centers on the formative years of LoL's most prominent sister duo, Jinx and Vi as they try to find their place in the world. Judging from what we've seen so far (and what we will see!), the team has done a bang-up job breathing life into the dual cities of Piltover and Zaun, and of course, the same goes for the voiceover talents and their respective characters too.

Actually, why not just ask them what it was like working on Arcane? That's what we did. We recently sat down for a chat with Ella Purnell, Katie Leung, Christian Linke and Alex Yee. The former two are the voices of Jinx and Caitlyn respectively, while the latter two are the Creators-cum-Executive Producers for the series. We've split up the article into two - our session with Purnell and Leung will be detailed down below, while the interview with Christian and Alex has been done up on the second page. So, without further ado, let's get right into it.

Note: Interviews have been edited for length and clarity.

Q (for both): Both of your characters come from very different backgrounds and literally live their lives on opposite ends of the law. So, given their individual upbringing and experiences in life, do you think you might have done anything differently if you were in their shoes?

Purnell: Wow, that's a really tricky one. Off the top of my head I think I'd definitely go with less violence than Jinx. Frankly, it's hard to pinpoint exactly what I might have done differently because the tragedy of Jinx's character is that this is simply the hand of cards that she's been dealt, and anything could have been different at the drop of a hat. So, yes - less violence, but then that would have made for a really boring show!

Leung: With Caitlyn, I think I'm pretty much in the same boat - it's hard to say if I would, or could have done anything differently. There are so many occasions where the right choice for her seems obvious because you don't actually have to make that choice. As the audience, you're just sitting there watching all of it unfold, but when you're actually in her shoes making those decisions, it's not going to be so easy. As such, I think I might just take the easy way out and say that I wouldn't have changed anything because you really just don't know until it happens.

Q (for Purnell): In terms of character development, Jinx probably features the broadest jump from her younger self. As such, were there any challenges you faced in facilitating the transition from Powder to Jinx, and were there any particular things you wanted to highlight about her change in outlook?

A: Considering that I didn't handle the role of Powder, I guess one of the biggest challenges for me as Jinx was learning how to handle and present these two drastically different voices inside her. After all, there are moments where you can sense that she's fighting between who she is and who she used to be, because even as an adult Powder is still in there somewhere. With that in mind, Jinx would end up having these monologues where she's basically dealing with herself, and I found that quite the challenge from a technical standpoint. In fact, what we ended up doing was recording these monologues separately, because Powder and Jinx are essentially two different people.

Q (for Leung): As Arcane's narrative progresses, we see Caitlyn grow and develop from a starry-eyed girl into a confident young woman. Did your opinion of her as a character change along the way? If yes, how so?

A: Absolutely. When we were recording, and they were showing me clips of the younger Caitlyn, I found myself resonating with her in many ways. Like her, sometimes I find myself conflicted about the things that happen to her, and seeing how she tries to navigate such issues in her life while putting personal sentiment aside  for the greater good is rather inspiring. In turn, as she develops throughout Arcane, I found it quite empowering to see her really grow into her own as a person.

And that's one interview down. We've got excellent answers from both actresses, so it's time to hop over to our second interview with the creators of Arcane. Check it out on the second page!