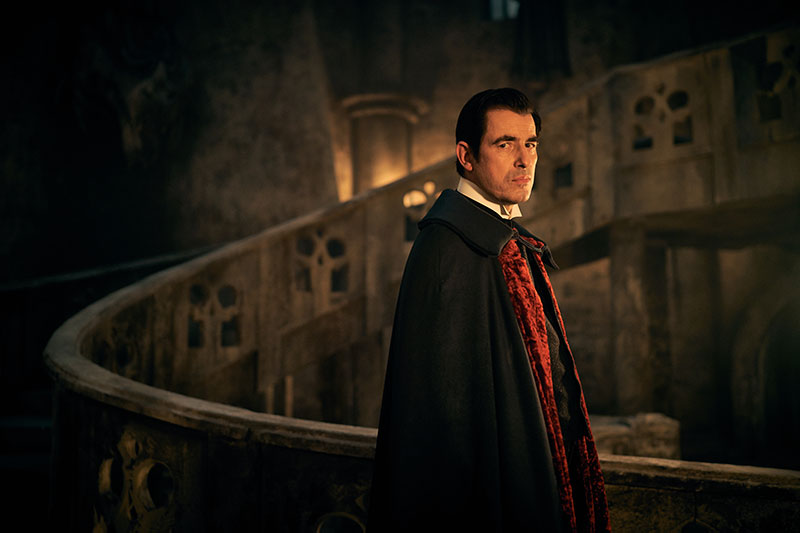 Forget about the young, hot, and sexy blood suckers from The Vampire Diaries and True Blood. There is only one true vamp, and he is a distinguished, middle-aged gentleman with the most discerning of tastes. This Transylvanian nobleman wears his hair slicked back neatly, and he is very, very careful about what he drinks (not wine).

Steven Moffat and Mark Gatiss, the creators of Benedict Cumberbatch's beloved Sherlock, are back with Dracula, a new take on Bram Stoker's 1897 Gothic horror novel of the same name. And what an absolute delight it is. Broken up into three feature-length episodes, Dracula follows the same rough scaffolding as Stoker's novel, but smartly reworks it in places to give it a fresh coat of paint for modern audiences.

Fans of the book will recognise familiar names, such as Jonathan Harker (John Heffernan), Van Helsing (Dolly Wells), Mina Murray (Morfydd Clark), and Lucy Westenra (Lydia West). The latter's suitors make an appearance as well, in the form of Quincey (Phil Dunster), this time also a rich young man from Texas, and Jack Seward (Matthew Beard), a doctor just like his book counterpart. 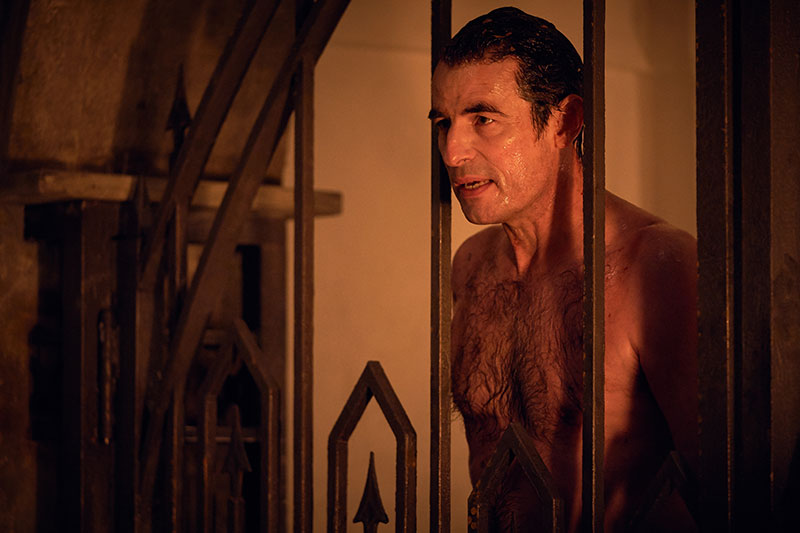 Each character has been liberally adapted to suit the new story however, which takes places across three different timelines in Dracula's castle, the Demeter, and tantalisingly enough, the present day. For starters, Jonathan doesn't get the chance to be part of Van Helsing's heroic vampire-fighting squad this time around, meeting a far more unfortunate end early on in the series. The show opens with Jonathan sitting in a cell in a convent in Budapest, recounting his encounter with Dracula to Sister Agatha Van Helsing. Yes, Van Helsing is now a woman and a nun, and her caustic wit alone would send Valak back to wherever they came from if the two ever met. Sister Agatha doesn't mince her words – she's unafraid to tell it as it is, openly acknowledging her lack of faith and uttering a bunch of other things that are decidedly un-nunlike.

When Jonathan questions what a seemingly faithless woman is doing in a nun's habit, she retorts, "Well, like many women of my age, I am trapped in a loveless marriage, maintaining appearances for the sake of a roof over my head." God, I love her.

Jonathan himself isn't quite as sharp. In fact, the poor man isn't much of anything at all. It's immediately clear that something has happened to him. He's bald, with weirdly ravaged skin and a disturbing inability to notice when a fly crawls under his eyelid and into his head. In fact, he kind of looks like Ryan Reynolds' Deadpool – so basically, an avocado.

He tells Agatha about his time at Dracula's castle, a dark, foreboding structure that is an interminable maze of staircases and corridors. Dracula has insisted that he stay with him even after they've concluded their business, and it's clear that the count is keeping him around as a snack. Dracula is a wizened prune of a geriatric when we first meet him, but as he feeds off Jonathan, the years eventually fall away to reveal Danish actor Claes Bang in his full glory. "You look drained," he remarks dryly one night to Jonathan, after drinking his fill.

The show clearly enjoys clever wordplay around Dracula's drinking habits. Later on, when a hapless woman asks Dracula if her husband is "drunk" after assuming that he was a friend, he replies bemusedly, "Well, that's certainly one way of putting it." 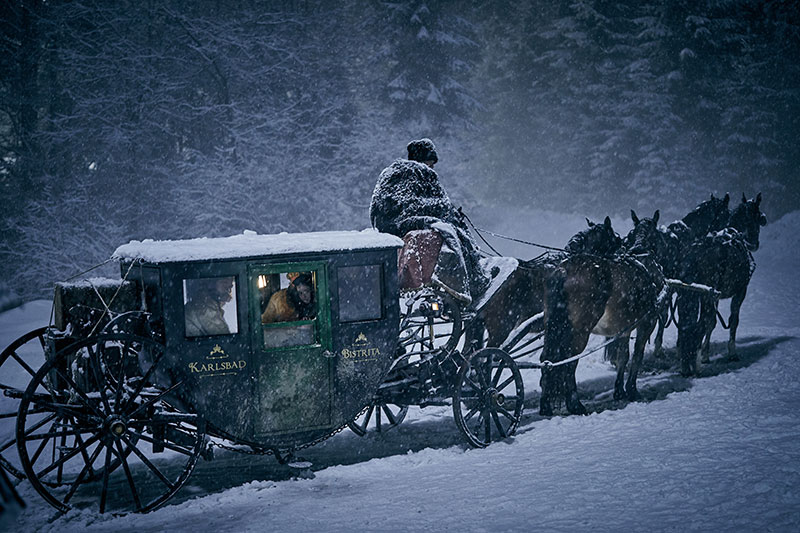 It's dialogue like this that lends Dracula a unique edge, preventing it from devolving into stuffy Gothic melodrama. The count is irreverent and deliciously evil, a man as cruel as a beast but with an aristocrat's bearing. He's a walking contradiction, an odd juxtaposition that the show itself is also subject to. Given its source material, Dracula is supposed to be a horror show, but it never really feels like one, despite unabashedly making use of several well-worn tropes. You see gnarled hands on a window sill and figures that flit across the screen when the hero isn't looking, but these scares seldom land. That's not because of poor writing or direction though. Instead, it feels exceedingly deliberate, as the show revels in traditional horror movie fare while offsetting it with humourous exchanges between the characters and an indulgent sprinkling of camp.

"You're a monster!" yells Jonathan, while cowering on the floor. Dracula's flippant reply: "And you're a lawyer. Nobody's perfect." Vampires are, quite frankly, ridiculous, and the show seems to acknowledge that by fully embracing the defining aspects of the vampire genre with no small amount of hyperbolic glee. 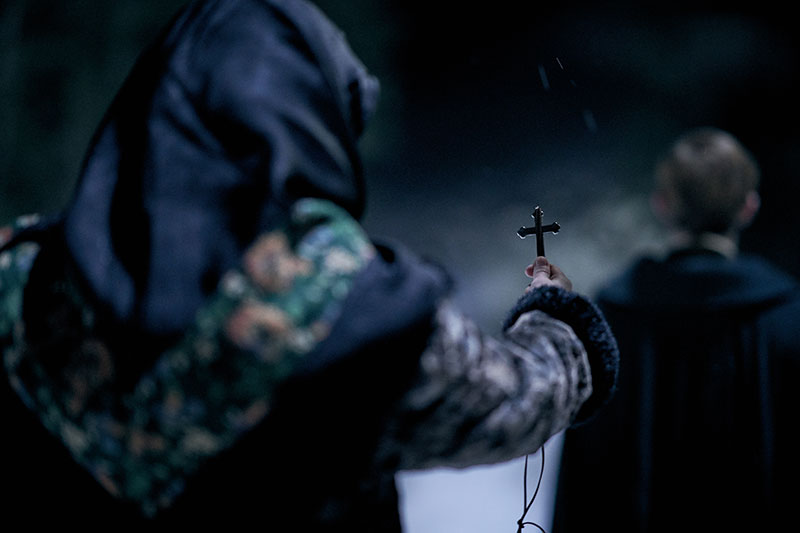 And when Jonathan asks Dracula if there's anyone else living in the castle, after having glimpsed of a woman, Dracula says slyly, "There is no one living in this castle." The double entendre is obviously lost on Jonathan, but I literally chuckled at that line. It's one of those things that's so bad that it's good, and the show plays up moments like these to great effect. Dracula is over-the-top – in order to learn German for a dinner conversation, Dracula excuses himself and goes off to imbibe a poor Bavarian seaman – and ostentatious, and it clearly tries really hard to be clever. But far from grating on my nerves, the result is a creative reimagining of a century-old novel that feels both modern and refreshing while still staying true to its roots.

The show benefits from modern CGI too, but the effects somehow retain a certain quaint quality that evokes an older time. The way Dracula scampers up the wall of the convent like a lizard is almost too quick and erratic, while his emergence from the belly of a wolf has a touch of jerky stop motion animation. They abandon the slick, hyper-realism of so many creature flicks today for something that feels almost dated, but the show is all the better for it.

The second episode, set aboard the ill-fated vessel Demeter, is the most promising one for a horror movie. With a motley band of passengers and crew stuck on a rickety ship dogged by fog, the atmosphere seems almost perfect for some artfully crafted scares, especially when the passengers start disappearing one by one. But Bang's Dracula is so cavalier, and his appearance so unruffled, that it's almost impossible to be afraid of him because of how plainly he's presented. He also doesn't stay hidden for long, even popping up in a slightly comical "Boo!" moment when one of the crew dares to step outside of the protective circle of Bible pages. 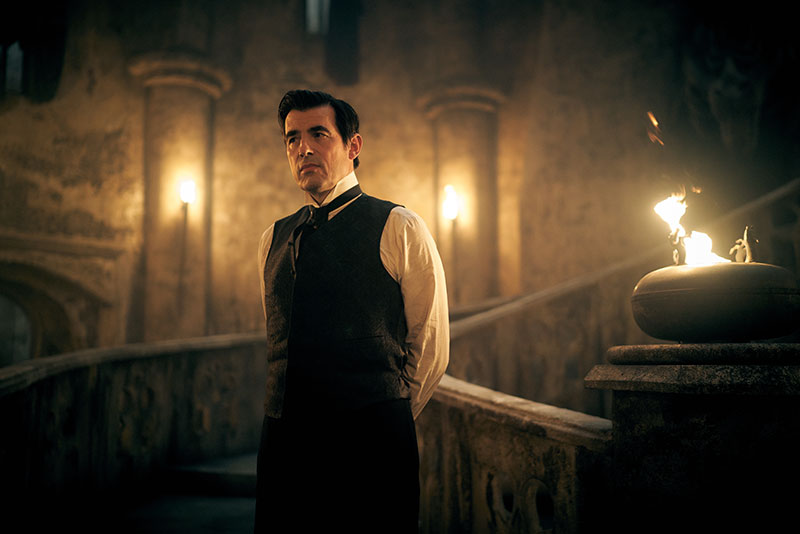 The campy nature of the show works pretty well most of the time, but it does falter slightly on the Demeter. The tone is consistent with the rest of the show, but the darkly ominous setting and the claustrophobic situation that its occupants find themselves in seems like a wasted opportunity for what could be some truly unnerving scares and more thoughtful kneading of the show's mix of Gothic horror and sometimes farcical elements.

It's abundantly clear to me that Dracula was never intended to terrify – just look at him tossing a severed head into a crowd of nuns like a wedding bouquet when deciding who to brutally murder next. However, scenes like that can appear a bit incongruous when set beside the show's more eerie notes, such as Lucy stalking out of the crematorium's fire, her shadow visibly missing all her hair. But while Dracula may feel like a stew of discordant elements at times, I think the showrunners manage to blend it together successfully for the most part to give us one crazy joyride. It's not polished perfection, but it doesn't have to be to be fun. I just want to watch people get bit!

That aside, Dracula introduces some intriguing aspects of the centuries-old count as well. The show's creators put forth the idea that Dracula isn't even the oldest, or the first vampire. He's simply the smartest, one that has figured out how to retain his intellect and manners over the years. As he notes, many undead eventually turn feral, conscious, but not entirely sentient anymore. As Dracula wryly notes, "As I've been trying to tell everyone for centuries, you are what you eat."

The count absorbs the abilities and knowledge of his victims, and by choosing them carefully, he's cultivated a careful palette of manners and other polite distinctions.

I sped through all three episodes in a single day, and I found myself still wanting more. Dracula texting a vampire emoji to someone? Yes please! Come on right in to my home, good sir. 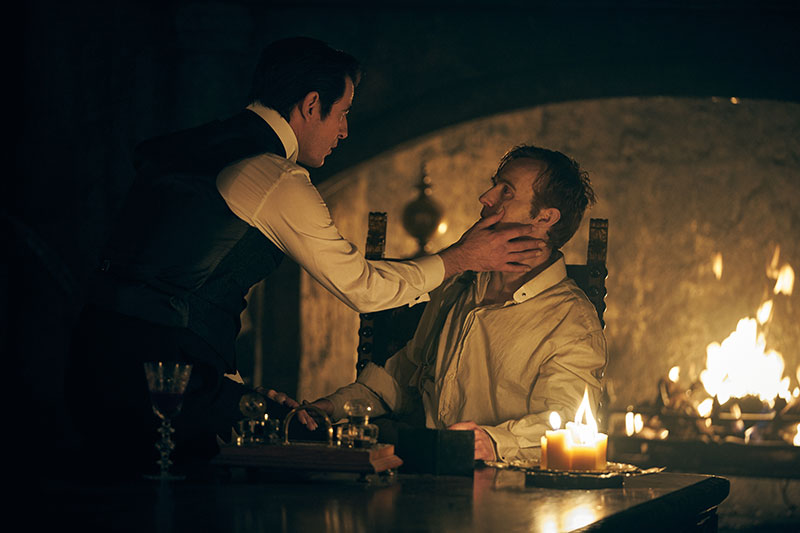 Gory, good fun and a villain with impeccable 19th-century manners. This is Dracula fashioned for the modern age, with just the right amount of visual and narrative callbacks to the book and films that have come before it.