Netflix's Cowboy Bebop review: The live-action adaptation has heart but fails to live up to the anime

Netflix's Cowboy Bebop review: The live-action adaptation has heart but fails to live up to the anime

Note: This review was first published on 17 November 2021. 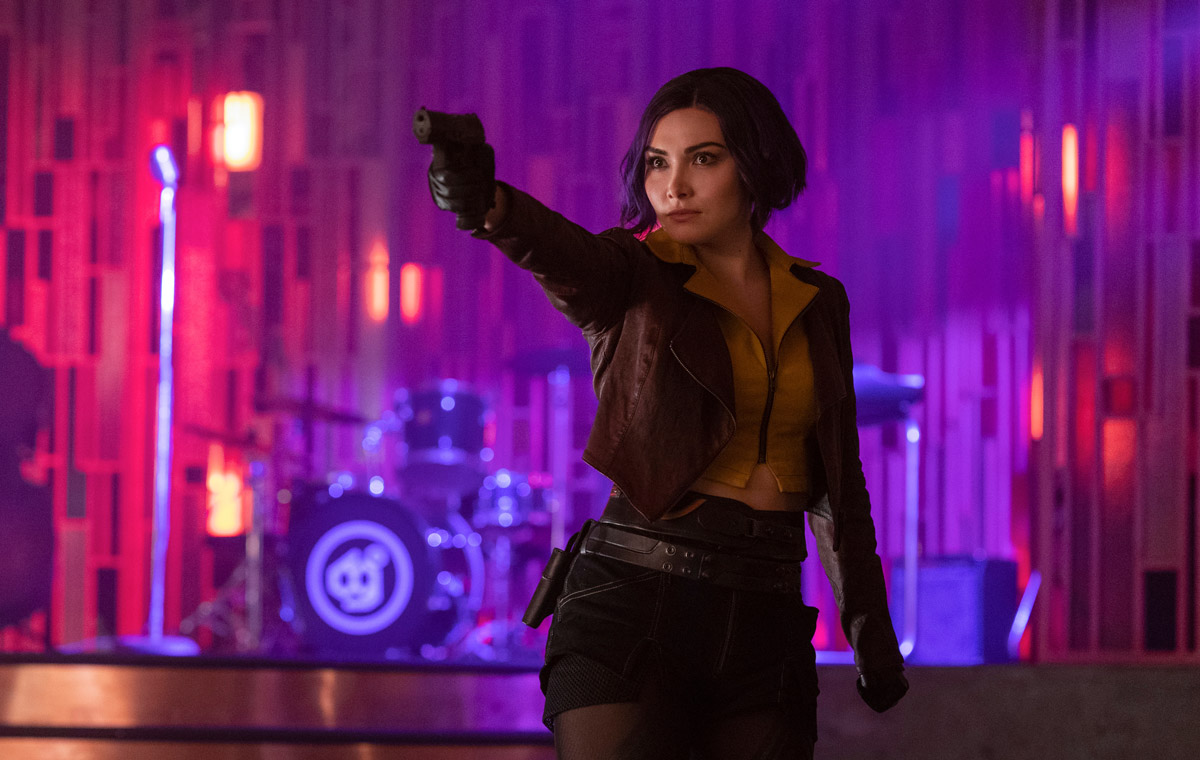 Cowboy Bebop is an animated classic that can be enjoyed by anyone, regardless of whether they’re a fan of anime in general. This is partly due to its story being a mish-mash of so many different genres and tropes - with episodes jumping from old-school noir to adventurous sci-fi at the drop of a hat. Fuelled by the jazzy tunes of Yoko Kanno’s soundtrack and the colourful crew of the spaceship Bebop, one has to wonder if a live-action adaptation of this series could have ever succeeded.

Regardless of this inherent risk, Netflix’s latest series is a Cowboy Bebop remix that aims to bring everything fans loved about the original to life in a ten-episode season. I say remix, because while this show stays quite loyal to the anime both tonally and visually, it tries to also chart new territory with Spike Spiegel, Jet Black and Faye Valentine to varying degrees of success. We have seen Cowboy Bebop’s entire first season and while it’s clear a lot of love went into this adaptation, it’s still difficult to recommend to fans of the anime. 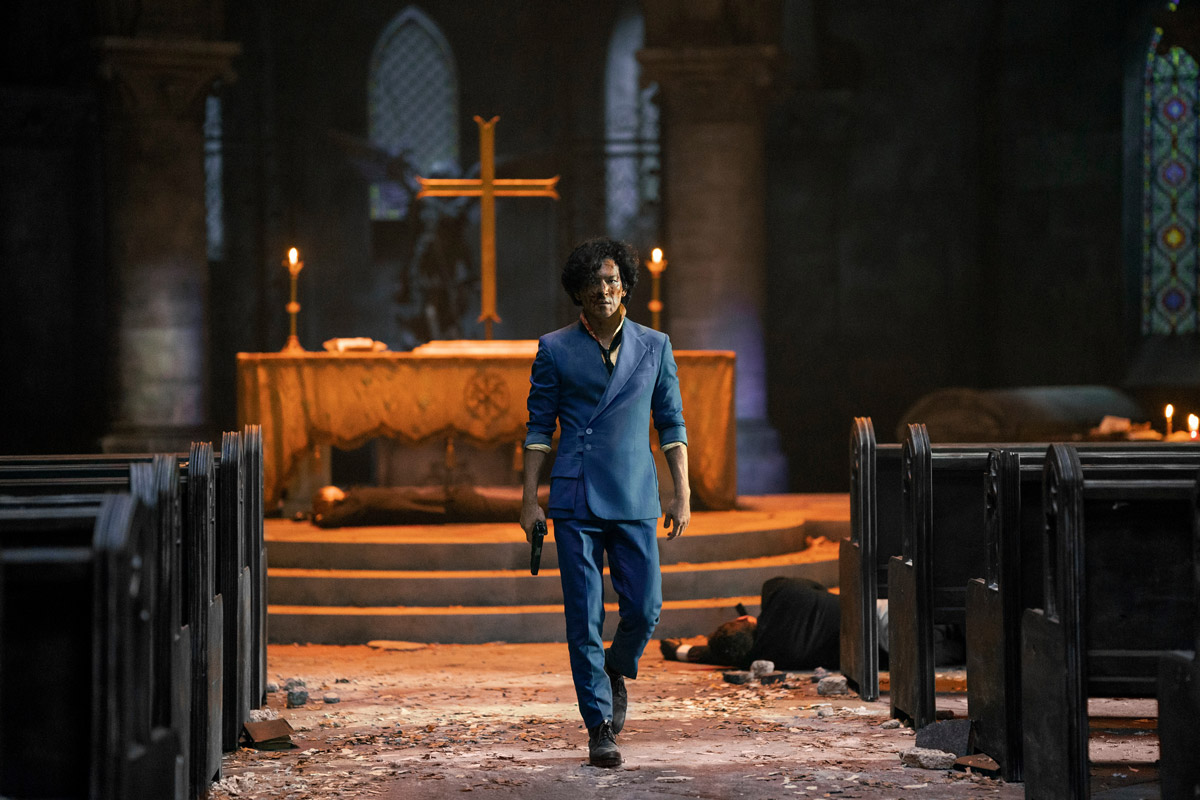 Cowboy Bebop largely treads the same ground as the anime - at first. For those unfamiliar, this series follows a trio of bounty hunters making their way through space, chasing after criminals for money so they can eat noodles and peppers another day. Their bounties always seem to slip through their fingers at the last minute, because this is the most unfortunate crew in the galaxy, so their quest for Woolongs (this galaxy’s currency) is neverending.

The aforementioned trio is made up of Spike Spiegel, Jet Black and Faye Valentine, and this adaptation puts a heavy focus on their flawed relationships with one another. These people don’t work well together, and that might be down to their own trauma-riddled personal lives. Spike shares a dark history with the Syndicate, a mafia-like organisation of criminals who carry out brutal executions and live lavishly on ill-gotten riches. Jet’s daughter resides many planets away with his ex-wife, and he worries that he’s not living up to his parental responsibilities. Out of this trio, Faye seems to be the most in tune with her surroundings - an off-kilter, untrustworthy bounty hunter who approaches every bad situation with a smile and a bullet, but struggles with her enigmatic past. 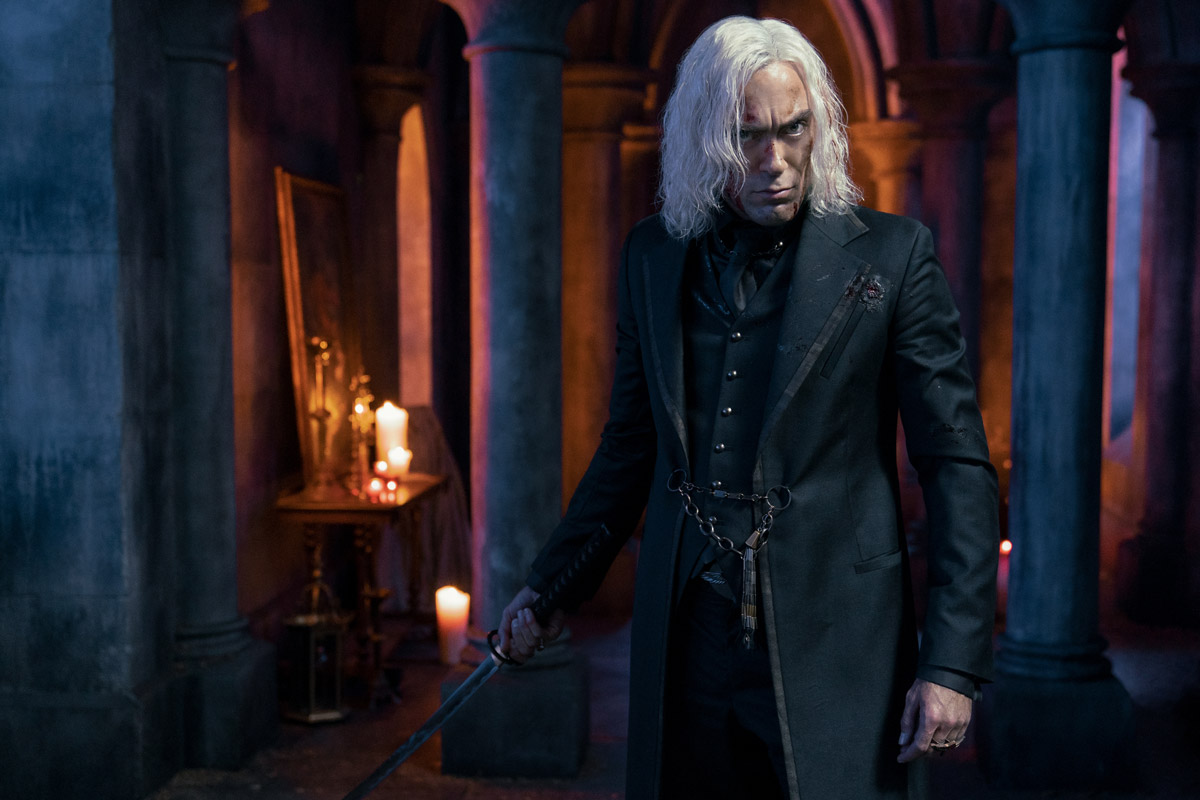 The main cast has potential, but their portrayal of these characters is uneven. Sometimes, John Cho is just fine as Spike Spiegel, a wisecracking bounty hunter able to maneuver himself out of any situation with style to spare. Other times, Cho has difficulty nailing Spike down - speaking in a dull monotone with the same constantly wooden expression in a transparent attempt to look cool as opposed to Steve Blum's Spike, who radiated the character's unshakeable swagger naturally. Mustafa Shakir is a much better fit as the level-headed captain of the Bebop, Jet Black, and shares enough chemistry with Cho to make their tumultuous partnership believable.

Daniella Pineda was the highlight as Faye Valentine - though her character seems far removed from her anime counterpart. Spike and Jet act like Faye’s an untrustworthy addition to their crew, but it quickly becomes clear that she is the heart of this crew, and her loyalty is freely given to those she alone deems worthy. The trio form tight-knit bonds much quicker here than in the anime, often going the extra mile to have each other's backs during their more dangerous adventures. The trio’s dynamic is this season’s best selling point - it’s entertaining when they bicker and fight, and almost heartwarming when they still stick up for one another afterwards.

Cowboy Bebop pulls plenty of familiar sights and stories from the anime to pad out this season, but its original turns are particularly noteworthy. The Bebop’s bounties throw them against quirky criminals of all kinds across the galaxy, ranging from a drug-smuggling couple in a Western town to a crazed killer at an interstellar theme park. The story bounces from one planet to the next, but it’s not as visually interesting as one might expect. Some episodes boast impressive visual effects and fantastically detailed sets, while other bounties take the crew to a…space church, and a…space toilet. What differentiates our toilets from space toilets? Very little besides white paint, according to Netflix's Cowboy Bebop. These settings lack atmosphere, and the melancholy ambiance fans might associate with the more miserable corners of this galaxy. As far as sci-fi shows look, this is another fish in an unremarkable pond.

Care was certainly taken to bring the anime to life - you can tell by these characters’ wardrobes alone. The unstable villain Vicious lacks his bird, but one can find imagery of the cormorant on his belt buckle and gun holster instead. It’s clear that this show was built by fans, for fans. Some scenes from the show are practically shot-for-shot the same as the anime, particularly in the lavishly built cathedral that fans will recognise upon sight (see the above image). Unfortunately, none of it is enough. A belt buckle will not save this show.

Cowboy Bebop has two major plot lines running concurrently. The first involves the Bebop crew’s bounty-hunting adventures. The second involves Vicious and Julia’s involvement with the Syndicate. Vicious is a boring, uninteresting villain and his exploits with the Syndicate feel like an utter waste of potential. He rarely comes off as fearsome, only unstable and pathetic. Julia seemed like she would benefit from the additional screentime and development she gets here (she only appears in flashbacks and the finale episode of the anime), but the show fumbles that opportunity. She spends most of the season catching up to events we already know, and then takes a sudden twist in the finale that next season (if Netflix should be so generous) will surely spend an unbearable amount of time justifying. Almost every scene with these two slowed the entire season down to a crawl. 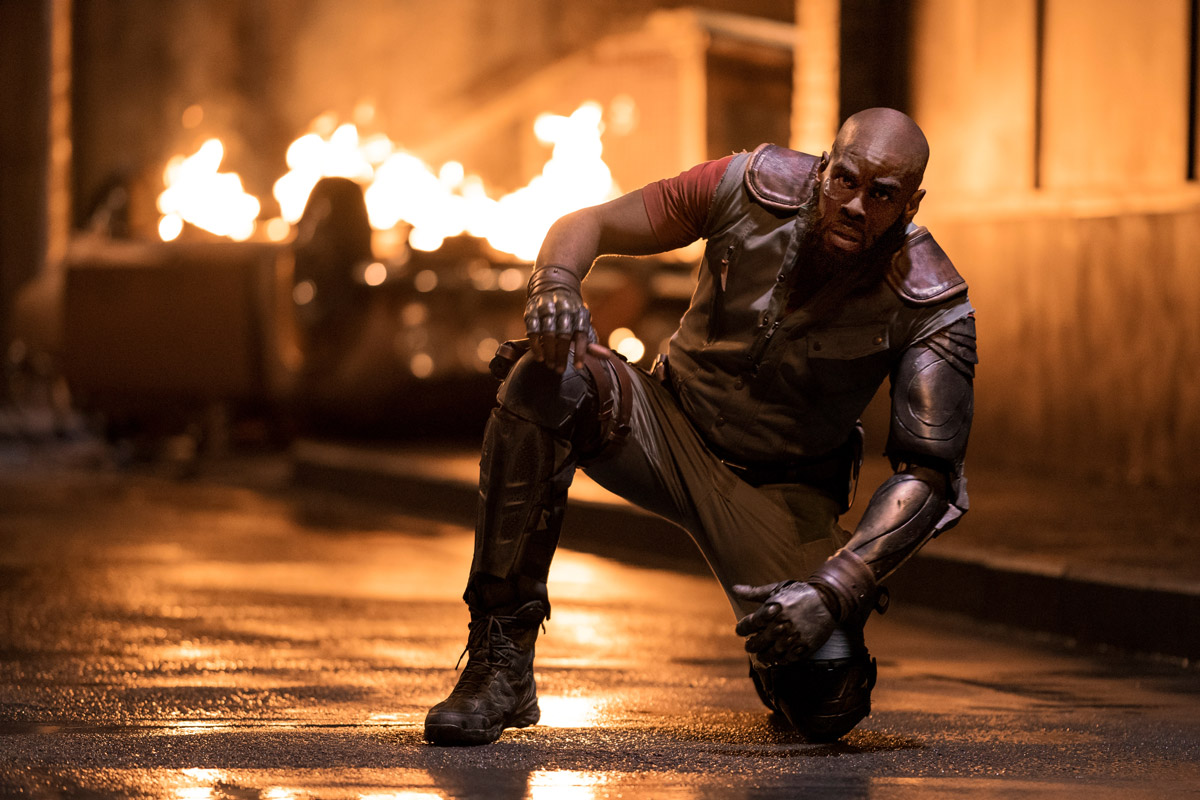 Cowboy Bebop has its strengths, even if writing isn’t one of them. The action that frequently plays out is fun, energetic and stylish, unfolding in creative setpieces with a playful sense of humour that lands surprisingly well. Little gags like Spike getting tossed around by a gang of criminals in the background of a scene while Jet attends his daughter’s recital feel like a great touch to the show’s Saturday morning cartoon-like camp. There are interesting flashes of creativity and ambition in well-choreographed rooftop fights and extended one-takes that I’d love to have seen more of. They’re brief, but they’re there.

Overall however, Cowboy Bebop makes a good case for never getting your hopes too high for anime adaptations in general. Even with this much love poured into it, the series falls flat with sloppy storytelling and poor writing. To adapt the anime’s sillier stories and villains, it lays the cheese on thick to mixed results - when it really should have tried to be its own thing instead. Even Yoko Kanno’s new jazzy score for the show feels bizarrely out of place during big fight scenes, just another element of the original that flops in its transition to live-action. The effort spent to develop Vicious and Julia might have gone poorly, but I appreciate the attempt to deliver a fresh twist on the anime, at least.

Let’s be honest: Cowboy Bebop was never going to get a live-action adaptation that lived up to its enduring legacy. If this series had diverged even further in its storytelling and stopped clinging onto the original so tightly, it might have carved out a unique identity. As it stands, Cowboy Bebop is just a pale imitation of the real thing.