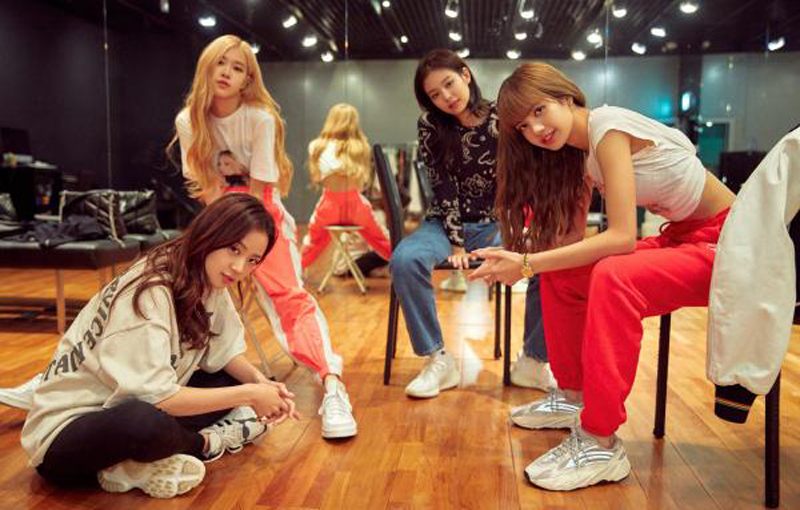 It’s hard to believe that the all-girl K-pop group Blackpink made their debut in 2016, considering the meteoric rise to fame that followed almost immediately after. A worldwide phenomenon now, Blackpink seems poised to rise to even greater heights - and Netflix’s new documentary is a great refresher course for those who want to know how it all started.

I’ll admit it - I’m not too big on K-pop, but I’m certainly not averse to it. At this point, how can you be? Blackpink has been breaking records left and right, but the group has only just released their first studio album this month. Obviously, I was curious about how the whole thing kicked off. Blackpink: Light Up the Sky is perfect for that, giving viewers a peek behind the curtain at the group’s origin story - mixed in with candid interviews with its members.

Hit you with the what now? 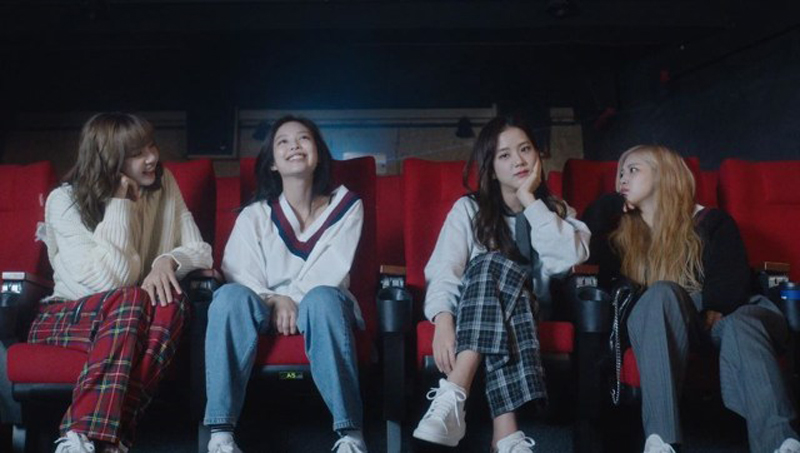 Director Caroline Suh (Salt Fat Acid Heat) helms Light Up the Sky, and it becomes clear from the offset that this isn’t the snazzy, flashy fluff piece you might expect. Not completely, at least. The doc opens in August 2016. Press members sit in a crowded room and stare at a stage in awkward silence. Entertainment company YG Entertainment then brings out each member of Blackpink and introduces them to the world for the very first time, and the press start click-clacking on their keyboards. Of all the big, explosive openings this documentary could’ve had, Suh settled on this - portraying Blackpink as four nervous individuals hoping for the best. It sets the tone for everything that follows.

The documentary quickly slides into a tour through the years, as news anchors and television personalities absolutely lose their minds over Blackpink. The band emerges as a worldwide phenomenon, and through a series of one-on-one interviews, we’re introduced to each member: Jisoo, Jennie, Lisa and Rosé as they speak to their success and how they got started in the business. It’s clear that Suh means to introduce Blackpink to an even larger audience with this documentary, and humanise its stars instead of blowing them further out of proportion. 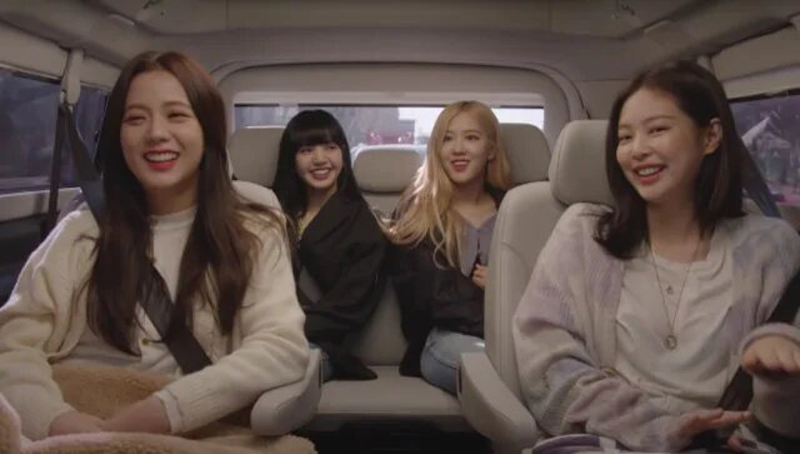 In that, it succeeds. The most interesting moments of this documentary are its smallest, most personal ones. During a sequence in which Jennie does Pilates for example, we’re told that her teacher is a friend. “One of the few that I have,” Jennie says - and suddenly, you want to know why. It’s one of many unexpected moments of candor in this documentary. Most of the group does eventually open up about their lives and their childhood - but these small slices of self-reflection really drive home the fact that the group’s fame has come at a price.

“In the middle of it, I didn’t feel like I had a personal life,” Rosé says, talking about their tours. “I love being on stage because that’s when I feel the most alive and yet, when we come back to the hotel, I felt so empty.” The group’s members being so willing to open up like this is surprising, and it lends the documentary some much-needed emotional weight. 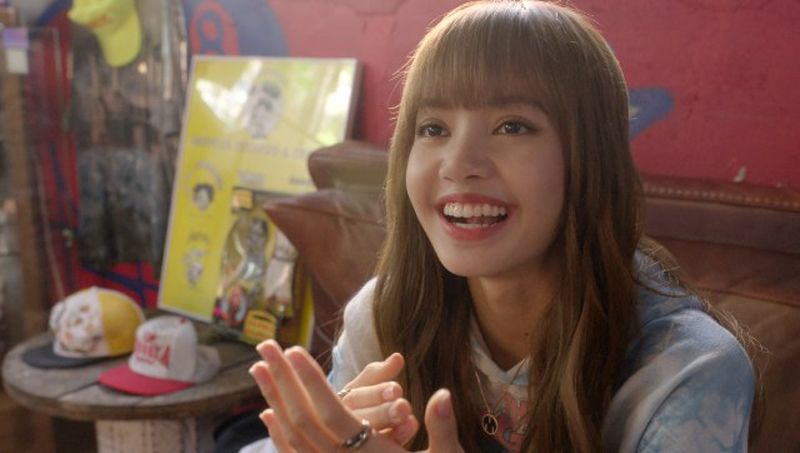 Right after the documentary opens with Blackpink making its debut, it blows through introductions of each of the group’s members. The group’s songwriter and producer Teddy Park narrates the first half of Light Up the Sky, talking about what each member brings to the table, and what they’re like altogether. It’s a much-appreciated deep-dive, but likely old news for anyone who’s a part of Blink (Blackpink's official fan club and what fans call themselves).

What’s more interesting - and can’t be seen anywhere else - are the flashes of each member’s childhood that we get to see in Light Up the Sky. We see footage of each of the girls growing up from all over the world - New Zealand (Jennie) and Thailand (Lisa), for example - which is yet another fascinating aspect to Blackpink. There’s a lot of diversity in this K-pop band. Montages of home videos from their early childhoods are fascinating to watch, acting as proof that their talent didn’t just spring up from nowhere. 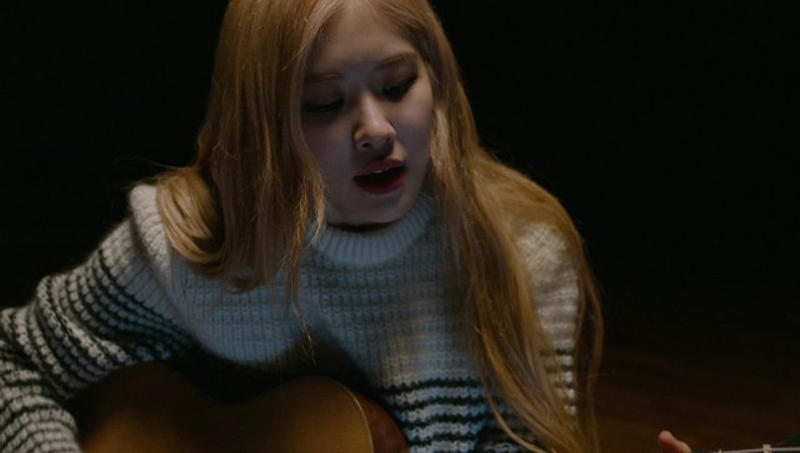 Newbies to the world of K-pop will also find a fascinating look at how stars like them are groomed and trained for years at a time. The four girls detail their time at a K-pop boarding school of sorts, where they trained for 14 hours a day to dance, sing and learn choreography. It’s a grueling affair that the girls are certainly grateful for, but there is some regret there. “One thing I wish is to maybe have lived at home until I was 18, 19,” Jennie says wistfully. “A lot of people make memories as a high school student, but I never had that.”

Between feelings of homesickness and fierce competition, it was a tough time for all four members - but it wasn’t all bad. Blackpink also talks about how when the four members were first put together, they just clicked. Jisoo explains that each member of the group has a certain role to fill and they just fell into place naturally - Lisa for example, is the designated rapper and lead dancer. This documentary does a great job of illustrating just what those roles are, and how the group wouldn't be the same without any one of them. 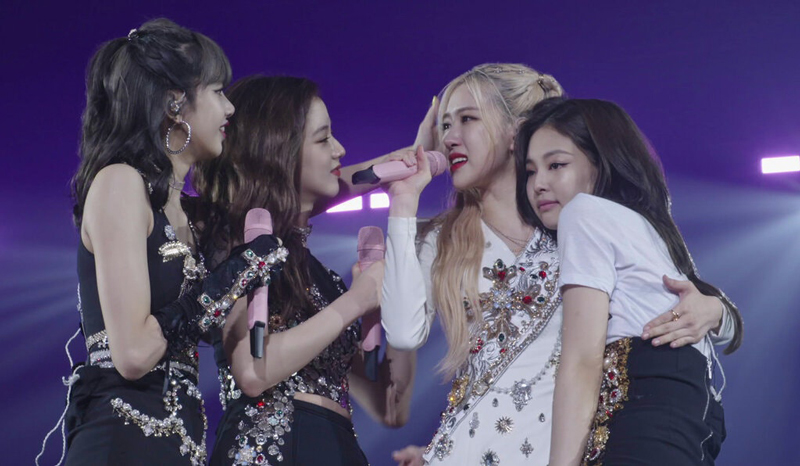 Netflix’s Blackpink: Light Up the Sky might not reveal anything about the band that you didn’t already know, but it does do a great job of humanising its members. Fans will love hearing their childhood stories, and seeing them chase their dreams from such a young age is bound to tug at the heartstrings. K-pop newbies will likely learn a lot - both about the band, and the world they grew up in.

It’s hard to overlook the fact that this documentary was likely designed to drive audiences to both Netflix and timed to promote the group’s latest album (which not-so-coincidentally debuted earlier this month, by the way), seeing as it tends to skim over its most emotional moments. Still, from the boot camp-like training that stars have to go through to the gruelling concert schedules - there’s a lot of interesting stuff here. As far as music documentaries go, it’s not groundbreaking (a little tame, even), but fans will love it all the same.