It's the time of the year again, where we usher in new products from the Mobile World Congress happening in Barcelona. While the huge event has not officially started yet, Samsung has already pulled out its huge guns. Not that it caught us by surprise, since this giant chaebol has been known to be pretty aggressive in the mobile arena since 2010, currently boasting of a heavy portfolio that's rather diverse - from Android-toting smartphones and tablets, Windows Phone 7 and its very own bada-equipped handsets. Progressing into a new era of smart mobile devices (smartphones and tablets), it is no wonder that Samsung has chose this time to expand their barely mature family of Android-based GALAXY S and GALAXY Tab gadgets.

Yes, that's right. The powerhouse featured here is a direct successor of the wildly popular (and rightfully so - check out our review here) Samsung GALAXY S. Samsung also has the figures to prove it: 10 million sets were sold in 2010 worldwide - not too shoddy results for a phone that was released a couple of months back. According to Samsung's JK Shin, head of Samsung Mobile Communications,  Improvements made to the GALAXY S II's can be classified under: 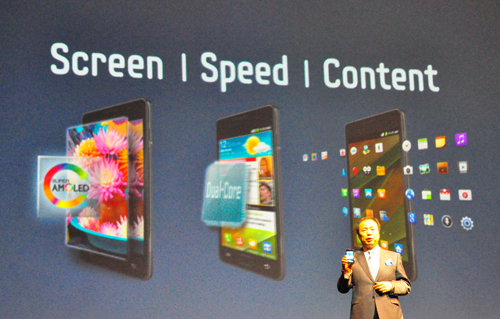 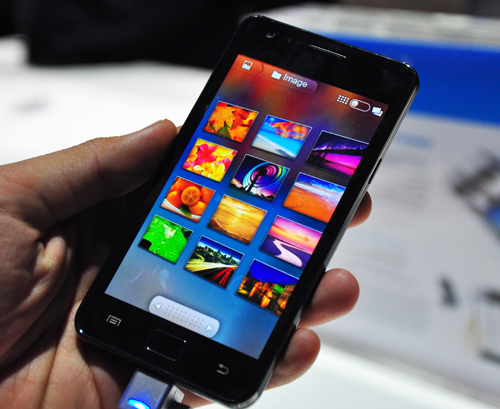 The smartphone might not be the first to, but it sports a speedy 1 GHz Dual Core processor. Video games we tried playing were rendered smoothly with no lags. Navigating through the phone was extremely speedy and smooth as well. More on the additional Samsung Hubs available - they are conveniently markers that organize your phone usage accordingly (Social Hub Premium, Readers Hub, Game Hub, and Music Hub). There are also more new content available on the GALAXY S II like the Samsung Voice Solution which allows for voice to text conversion and vice versa and Kies air which allows for phone management through your web browser that we haven't had the time or opportunity to try out. 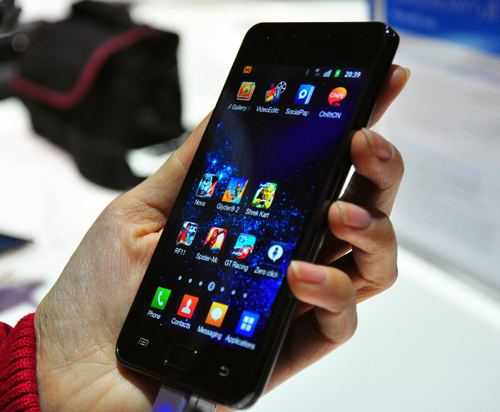 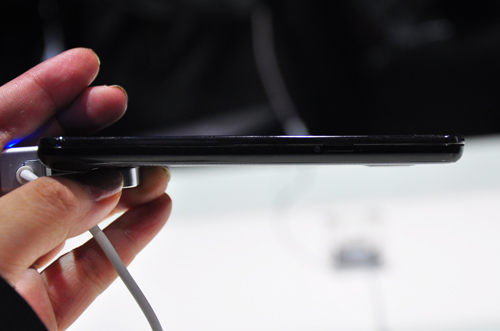 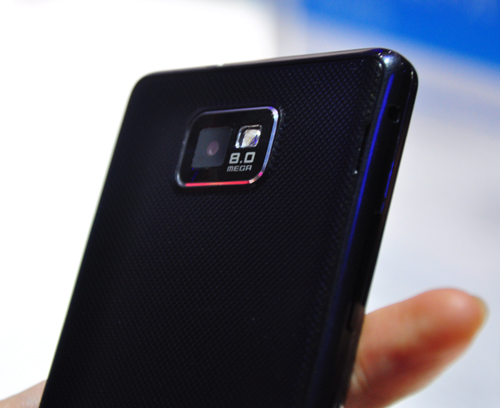 The new Android 3.0 GALAXY Tab 10.1 might share its namesake with its predecessors, but it sure does not resemble them; in fact, it resembles a certain other popular tablet more closely. This new Tab also actually shares a few similar hardware specs with its smartphone cousin, the Galaxy S II, including a 1GHz dual core processor (NVIDIA Tegra 2), 8-megapixel camera (back)/2-megapixel camera (front), and HSPA+ 21Mbps capabilities. Here's a quick video demo of the unit followed by our photo montage:- 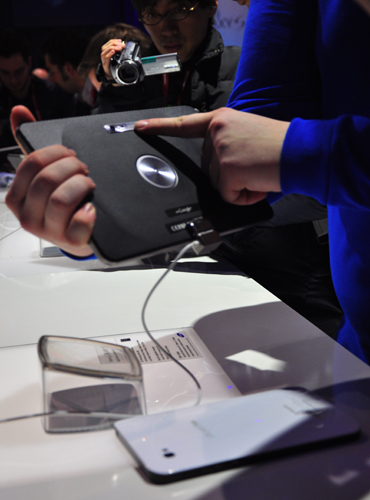 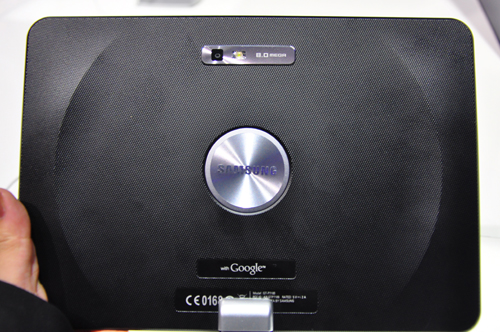 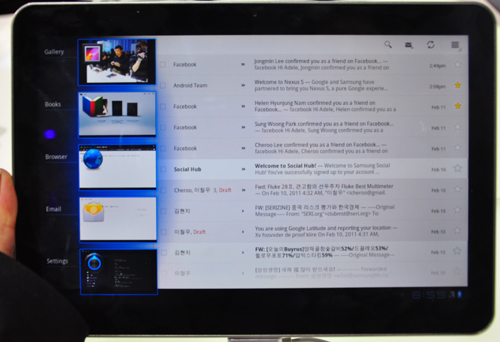 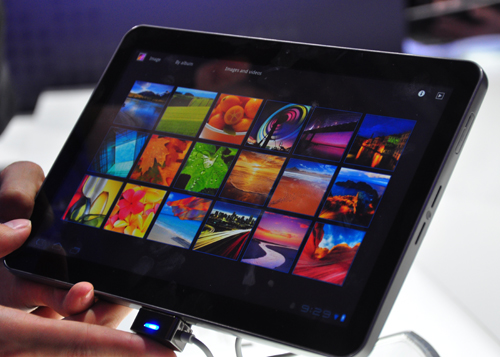 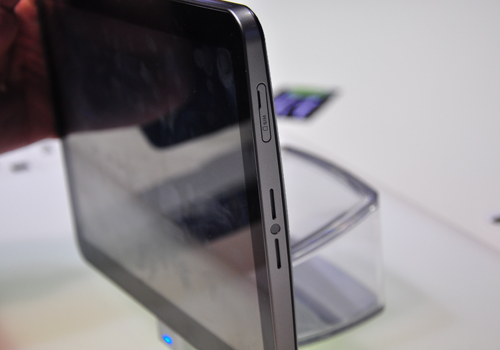 Our initial hands-on experience with both devices, though brief, were favorable to say the least. The Samsung Galaxy S II was fast and speedy with amazing color reproduction to boot. There weren't any Galaxy S around to compare, but colors were extremely vivid and impactful. The additional content and improved hardware specs definitely make the phone a worthy upgrade from its predecessor (which isn't always the case for a lot of phones out there). On the other hand, the new 10.1-inch Galaxy Tab now sports a new, swanky exterior that mostly certainly looked more appealing. It is also very easy to use -with the Android 3.0 (Honeycomb) OS, everything is within one or two taps away while shortcuts at the bottom really streamline the experience.

Price and availability are not known for now, so keep a lookout on our website for more news and video demos.