MWC 2010 was when Microsoft revealed its grand plans for its revamped mobile operating system, Windows Phone 7. So it is fitting that one year down the road, Steve Ballmer once more takes the stage to announce Microsoft's updated plans for the mobile OS during his MWC 2011 keynote. As promised back then, Microsoft will include copy-and-paste functionality as part of the update plan. 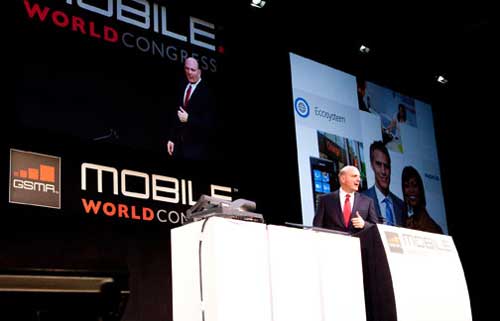 However, this is just the tip of the iceberg, with a few other tricks up their sleeves. This includes more support for cloud services, things which we have been wishing for when we spent 7 days with Windows Phone 7. Here are some of the prominent feature updates that'll be coming for Windows Phone 7.

Besides the abovementioned updates, one of the most significant addition to the Windows Phone 7 functionality is multi-tasking. This will be done in the form of cards, which shows a thumbnail view of apps that are running concurrently. Think of it in the lines of mobile web browsers on iOS and Android, where pages are shown, which allows you to close the app. Accessing the multi-tasking feature will be done by holding the Back button.

In summary, by the end of 2011, you can expect the following updates coming to Windows Phone 7:

On the strategic front, Microsoft also announced that it'll be targeting a significant volume of Nokia Windows Phone in 2012. This doesn't come as a surprise, given our earlier analysis of how both companies will enjoy mutual benefits from its partnership.