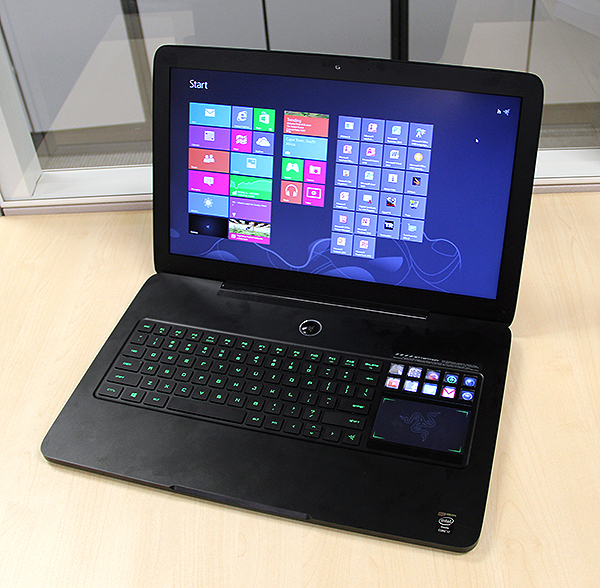 When Razer introduced the Blade for the first time, we were amazed by its svelte dimensions. It didn't seem possible for a gaming notebook to be this thin (even if it had dated specifications). Now with the introduction of the 14-inch Blade, the original 17-inch Blade is now known as the Blade Pro and this is what we've be reviewing today. The Razer Blade Pro has not changed much in terms of form factor since its release over two years ago, but it still remains to be one of the slimmest 17-inch notebooks around. Now let’s see how it measures up against its rival. 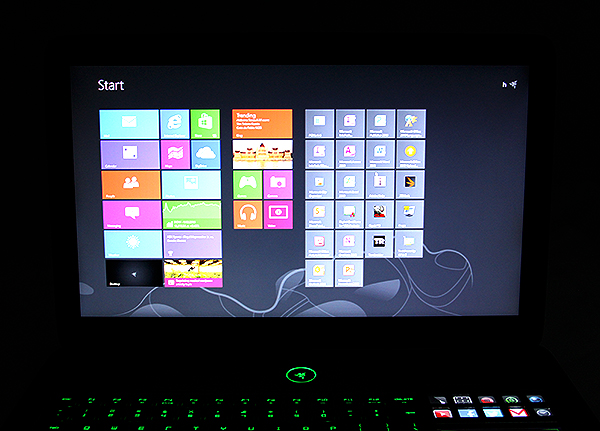 Like its competitor, the Razer Blade Pro has recently been refreshed with Intel’s fourth generation Core processors. Specifically, the Blade Pro is equipped with the quad-core Core i7-4700HQ processor (2.4GHz, 6MB L3 cache). This is complemented by 8GB of RAM and a 256GB SSD. Razer also offers the Blade Pro in other SKUs, with the difference only being the amount of storage, so apart from 256GB there’s an additional two models with 128GB and 512GB of storage. Graphics processing is handled by the NVIDIA GeForce GTX 765M discrete mobile GPU - same as the one in the MSI.

While processor and GPU are identical, the Razer Blade Pro is handicapped by having less RAM and lesser storage. 8GB of RAM is pretty sufficient these days unless you are a multi-tasking pro, but having just 256GB of storage can be problematic especially since game installations are only getting larger.

As for display, the Blade Pro has a 17.3-inch Full-HD (1080p) matte display, which looks sufficiently vivid and presented decent viewing angles. Although it is not an IPS panel, it is a marked improvement over the 14-inch Blade’s display, which looks more dull and washed out in comparison. Nevertheless, an IPS panel would perhaps be more apt for a notebook which such high levels of build quality. 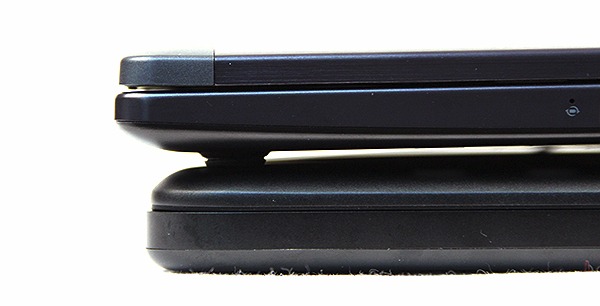 Despite the updated specifications, the Razer Blade Pro retains the same anodized aluminum chassis as the generation before it, so it comes in at 22.3mm thick. Fortunately, weight has been slightly reduced so it manages to tip the scales at just under 3kg.

In many ways, the design of the Blade Pro makes it look like the darker, evil and Windows-running cousin of the MacBook Pro. Like the MacBook Pro, the Blade Pro is built solidly and it feels like an well-crafted premium product. If anything, it’s much harder to build a larger notebook, because the panels are larger and this affects structural rigidity. However, despite this, there’s also no noticeable flex in the chassis or over the keyboard. 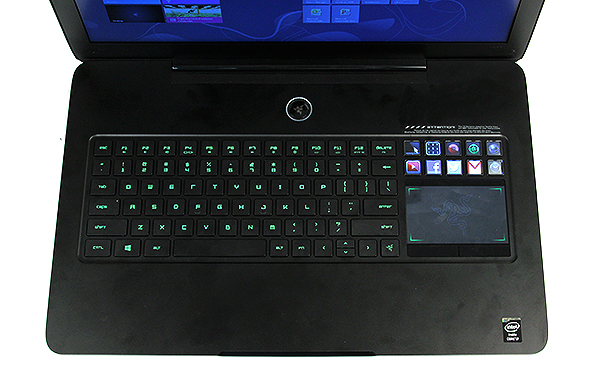 The keyboard features anti-ghosting technology and is one of the best to use. It even makes a slight 'click' noise - reminiscent of mechanical keyboards - when you type. If we had any gripes, it was the cursor keys, specifically the size of the "up" and "down" keys, which, are far too small to be used comfortably. We also felt that the keys could use a little more travel to increase tactility. Like the smaller 14-inch Blade, the keys also feature green backlights, which is really cool in the dark. On the other hand, thanks to the larger size of the Blade Pro, the palm rest area is larger and more spacious. It also helps that there is no trackpad in the way.

No trackpad? That’s because a regular trackpad is too plebeian for Razer. Instead, the Blade Pro gets Razer’s own Switchblade UI. The SwitchBlade UI is a highly customizable interface consisting of ten keys and a 4.05-inch LCD screen which doubles as a touchpad. As a touchpad, the SwitchBlade UI worked well and is accurate and responsive to use. 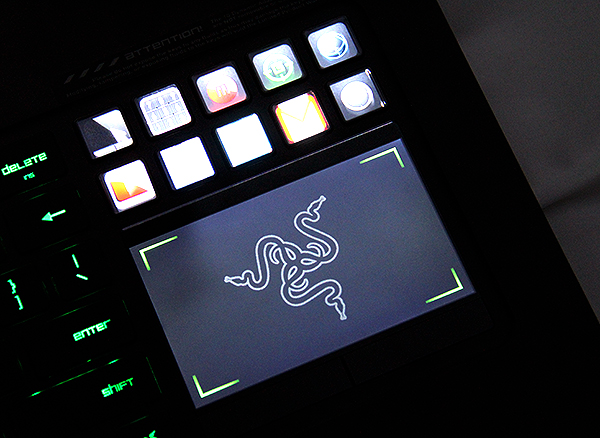 Admittedly, the SwitchBlade UI is not new, but it is a very cool and useful feature. With it, users can quickly check Facebook, Twitter or even their emails without leaving their game. It can even double up as a clock and a chronograph, useful for RTS games. Additionally, "mirror" mode lets you duplicate a selected portion of the screen on the SwitchBlade UI display. And on supported games such as League of Legends and Team Fortress 2, the SwitchBlade UI can double as a secondary display for additional game statistics and statuses.

The SwitchBlade UI can be customized with the preloaded Synapse 2.0 unified configuration software, which lets you rebind keys or assign macros on both the Blade and any other Razer peripheral. That aside, the Blade Pro is also preloaded with Razer Comms, Razer’s own communication software which lets you and your team-mates chat via voice or text. You can read more about the Razer Comms software here and here.

Audio performance was nothing to shout about. The built-in speakers did the job adequately enough, but sounded veiled and hushed. In fact, the smaller 14-inch Blade actually sounded a tad better because of its superior stereo separation.

Unlike the MSI GS70 Stealth, the Razer Blade Pro is equipped only with Killer Wireless-N 1202 connectivity for better wireless performance and not Killer DoubleShot, which also includes wired Ethernet.