It's Cool to be Slim 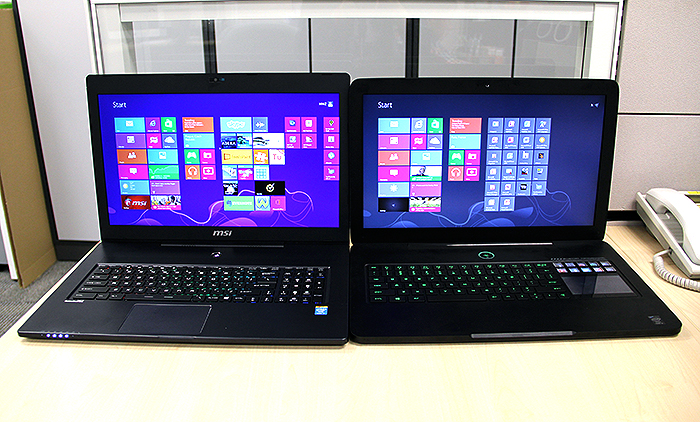 The future is mobile. Everyone wants a piece of the mobile pie. Microsoft recently acquired Nokia, Apple’s latest iPhone 5S has gone 64-bit and Chinese phonemaker Xiaomi recently signaled their intentions to go global by recruiting Google’s VP of Product Development for Android.

As a result, desktop computing has suffered of late. However, Intel is not relenting in its attempts to create more powerful and efficient chips. The new fourth Generation Core processors have been well received thus far and have finally delivered the kind of battery life that Intel has been promising us for the past couple of years. The new processors, codenamed "Haswel", has enabled Apple to create the new MacBook Air which is capable of astonishingly long battery life. These new processors have also enabled new slimmer form factors and therefore more portable notebooks.

This time round we are taking a look at another two models that are closely related to the aforementioned three notebooks, and they are the MSI GS70 Stealth and Razer Blade Pro. Admittedly, with their massive 17-inch display, these two notebooks are not really portable in the literal sense. But if you were compare them to other traditional 17-inch gaming notebooks (usually weighing up to 4kg or more), they are practically featherweight. 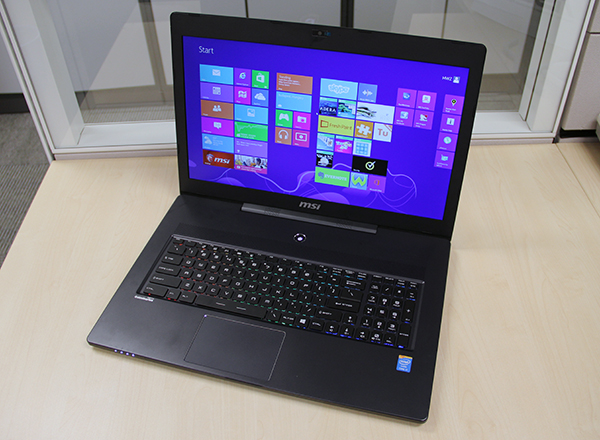 Along with the recent launch of Intel’s fourth generation Core processors, MSI has recently revamped its gamer-centric G-series offerings. We recently reviewed the MSI GE40 and found it to be a decent gaming notebook, offering good performance at an affordable price. However, we thought that its built quality suffered a little and could definitely be improved.

That said, the GE40 can best be described as an entry-level model to MSI's G-series, while the GS70 Stealth we are looking at today is decidedly more upmarket in its target audience and positioning. In terms of both specifications and features, it is on a higher tier. Let’s take a closer look at it now. 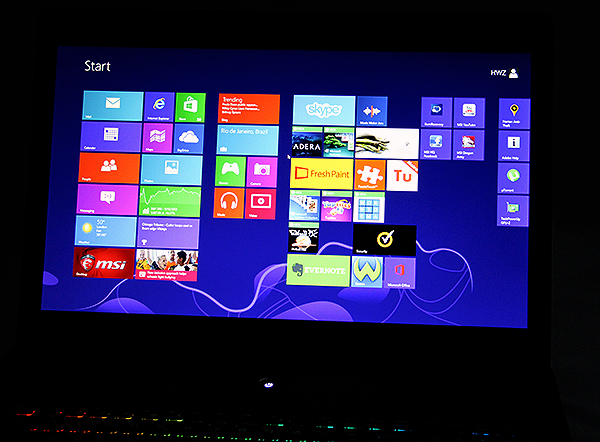 Underneath the proverbial hood, the GS70 Stealth is powered by the a fourth generation quad-core Intel Core i7-4700MQ processor (2.4GHz, 6MB L3 cache), which is complemented by a very generous 16GB of RAM and NVIDIA’s GeForce GTX 765M mobile GPU. Storage is one of the GS70 Stealth’s strong suits and it offers two 64GB mSATA SSDS in RAID 0 configuration and a separate 7200rpm 750GB HDD. This really is the best of both worlds, although the combined 128GB of flash storage can be a bit tough to manage considering the size of game installations these days.

The GS70 Stealth has a 17-inch Full-HD (1080p) display that has a nice matte finish, which, although is a TN panel like the GE40, looks much better in terms of visual quality and viewing angles. Colors are more vivid and do not look as washed out as they did on the GE40. That said, an IPS panel would perhaps be more fitting for a gaming notebook of this caliber and with this kind of specifications.

As we have mentioned, the GS70 Stealth is on a different level when compared to the GE40. Despite the higher specifications, the GS70 Stealth comes in at just 21.8mm thick, which is marginally thinner than the Razer Blade Pro. It also weighs at 2.66kg. In fact, MSI goes as far as to call the GS70 Stealth the world’s thinnest and lightest 17-inch gaming notebook.

As befits a premium gaming notebook, the GS70 Stealth has a full aluminum chassis, which gives it a more upmarket touch and feel. However, if you were to press on the panels hard enough, the chassis flexes noticeably. Luckily, this issue of flexing is not really apparently when you are typing. Generally, the GS70 Stealth’s build quality is much improved over the GE40, but the flexing issue goes to show that MSI still has a bit of catching up to do in this aspect. 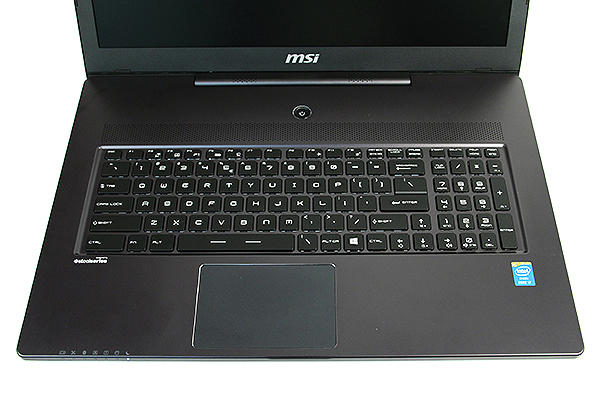 The keyboard is by Steelseries and is well-sized and feels marginally better to use than the Razer Blade Pro. It seems to have more key travel, which made it more comfortable and tactile to use. However, the layout of the keyboard takes some getting used to. For example, there is only one Windows key and it is to the right of the spacebar as opposed to the left. According to MSI, they did this to avoid the Windows key being accidentally hit during gaming. And oddly, there is also an additional backslash key to the right of the spacebar. 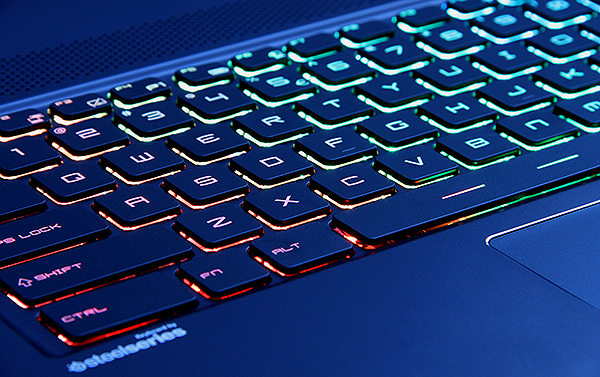 On the flip side, the GS70 Stealth’s keyboard features customizable backlights. Using the bundled "MSI Keyboard LED Manager", users can pick colors to suit their moods. In addition, the LED backlights also offer a couple of different modes to make it glow or morph from one color to another. Although the ability to change the color of the backlight has no real functional benefits, it does add to the aesthetic qualities of the GS70 Stealth - more so if you a big fan of LED lights.

The clickable trackpad, however, is finicky to use. Using it single-handed was fine and the trackpad works as expected, but for two-handed users (one hand for clicking and the other for tracking), the trackpad often encounter problems recognizing your tracking inputs.

The notebook features MSI’s Audio Boost technology which claims to improve sound detail and sound stage by 30%. In our testing, we found that the GS70 Stealth’s audio performance was decent and maybe even slightly above average. It sounded loud, direct and sufficient clear with little distortion even at high volumes. 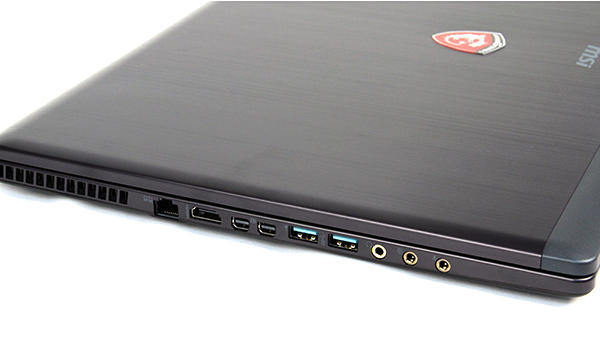 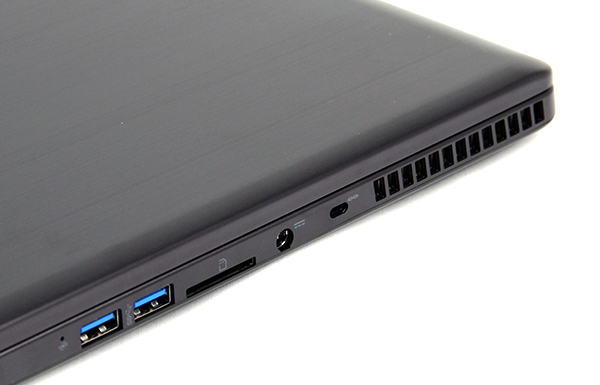 The GS70 Stealth also offers a wealth of connectivity options. To begin, it has four USB 3.0 ports and it can also drive up to four displays simultaneously (including its own native display) using its dual Mini-DisplayPorts and single HDMI port. The inclusion of the Mini-DisplayPorts is much welcomed as it lets the GS70 Stealth easily drive large monitors with resolutions beyond Full-HD. Finally, it has both Killer DoubleShot technology (helps ensure the best latency whenever you play games online) for superior multiplayer gaming performance over Ethernet and Wi-Fi.