MSI’s GE66 Raider boasts a 300Hz display, the fastest of any gaming notebook!

Note: This article was first published on 7 January 2020. 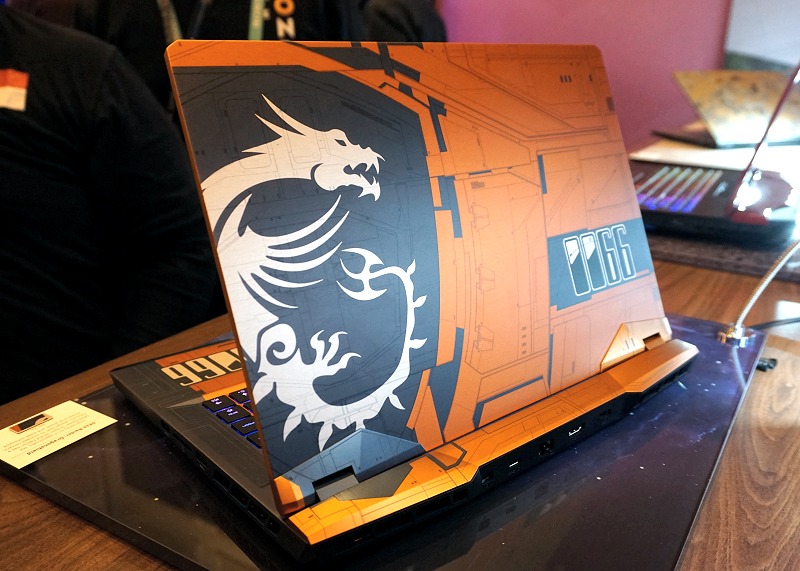 While the MSI GS6x Stealth series has been the company’s top thin and light gaming notebook, the MSI GE6x Raider series has always been pegged one rung below with a more conservative design and build, but still focuses on high performance. This time around at CES 2020, quite frankly, MSI stunned the audience with its new GE66 Raider.

Sporting a brand-new chassis design, it’s nothing like its GE65 sibling that shares much of the same high-performance hardware underneath the hood. In our opinion, the GE66 Raider’s chassis seems like it’s derived from the GT series, but without the bulk associated with that class. Another striking design change is the addition of a light bar at the front edge of the notebook called the Panoramic Aurora Lighting and is an extension of the notebook’s MSI Mystic Lighting scheme that controls the illumination across your keyboard and extend it with an interesting chassis underglow. While we’re not sure if it’s a necessary addition, at least at the show, it looked really cool. Of course, the colours are completely customizable in software, but whether the extra lights are your cup of tea, you should check it out in the future when it hits retail. Meanwhile, see it in action and get  feel of the rest of the notebook in the following quick overview video:- 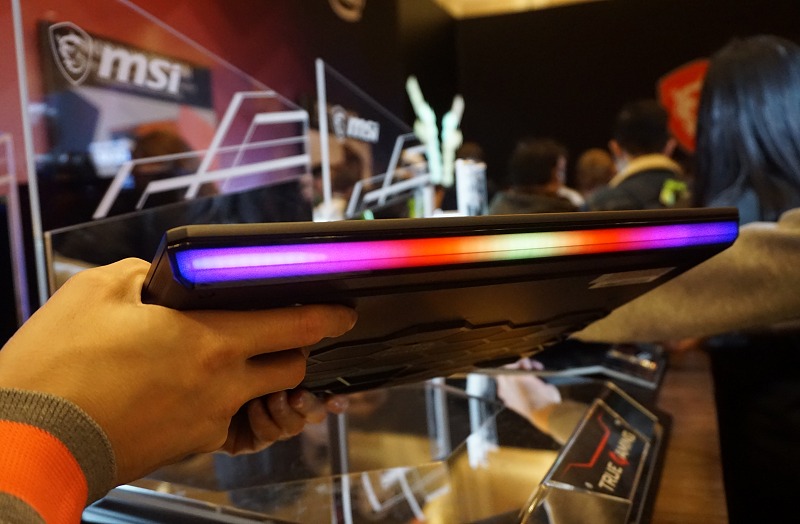 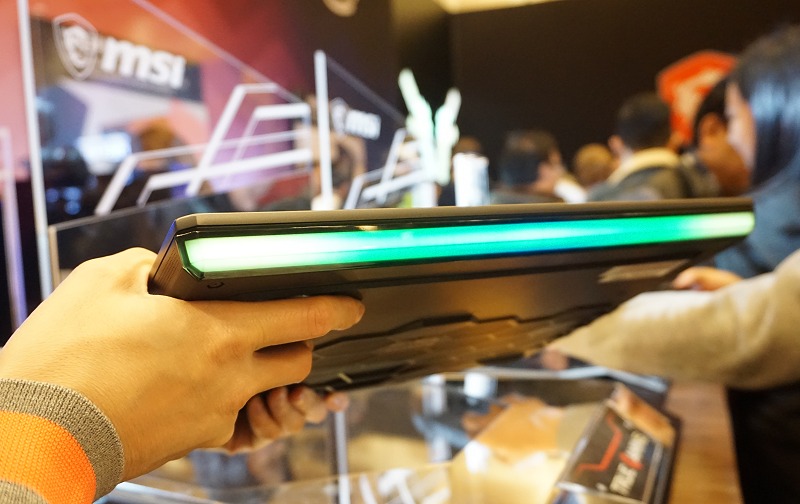 You’ll also note the striking new sci-fi spacecraft themed finish as seen in the opening image above and this is not a skin, but a special limited edition of the MSI GE66 Raider called the Dragon Shield Edition. Combined, the notebook projects a futuristic design with exception gaming power in a sleek silhouette. 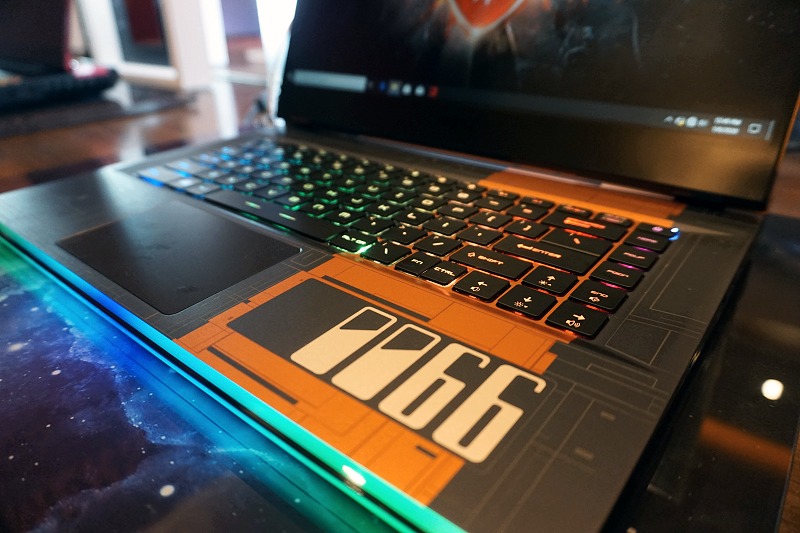 However we’re not yet sure which regions will receive this edition or how many units are made in total, but we hope it’s not too limited as it’s a fantastic design collaboration between MSI and Digital Artist Colie Wertz, who has contributed to concept art and modelling in films such as the Star Wars Prequels, Transformers, Iron Man and more. It will surely go for a premium price, so it may not be everyone’s preference. For the rest of us who can’t get this limited edition version or is priced too high, there’s always the standard GE66 Raider:- 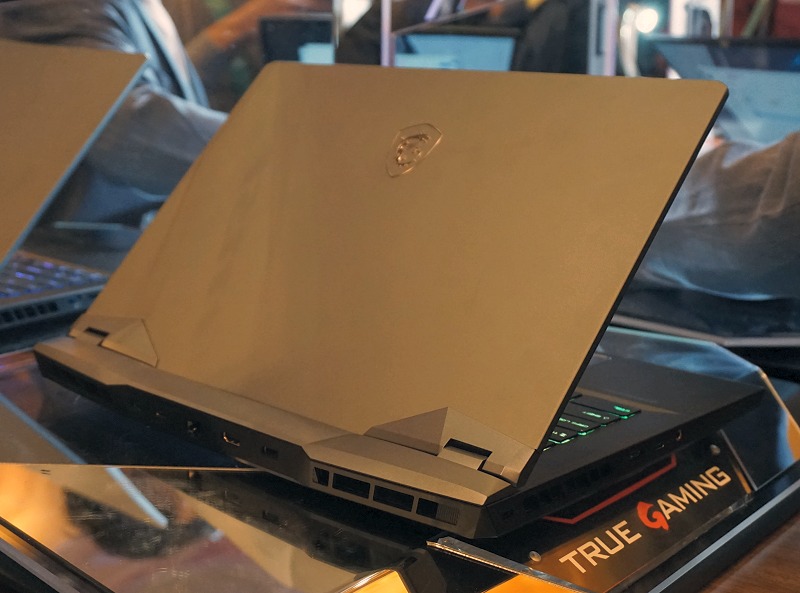 Even the bottom of the notebook is interesting with a new design language in the form of something MSI is calling Dragon Armor. First seen on the GE65 Raider, there’s an interlocking mesh that resembles the scales of a dragon. Other than creating quite a unique look, the design allows for MSI to feature larger vents underneath to help improve airflow and cooling. 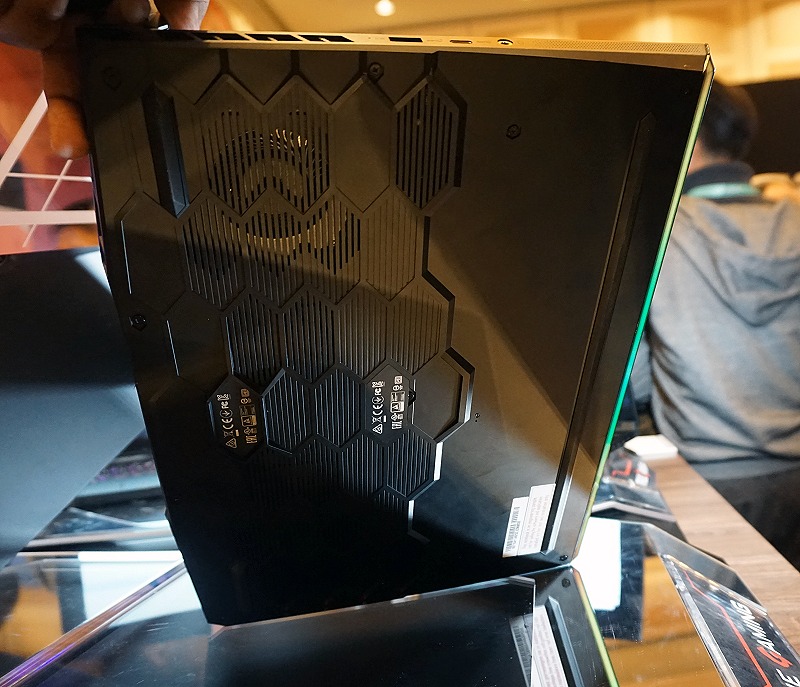 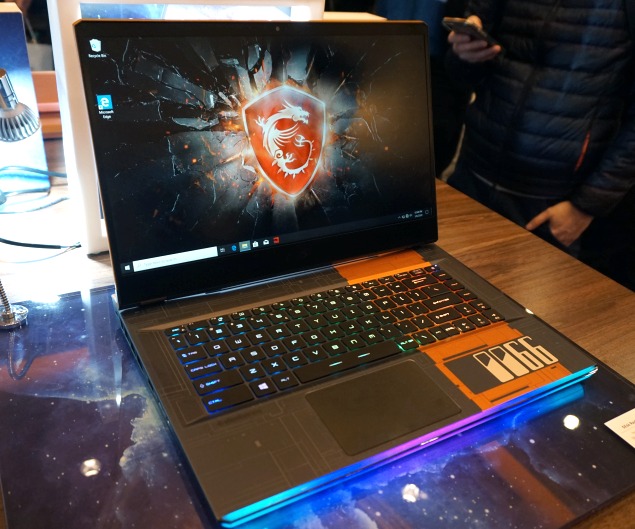 Open the lid and you’ll notice the keyboard layout is different and foregoes the number pad seen on the previous GE65 Raider. Despite that change, we don’t quite notice an improvement in the key size or layout. Of course, it goes without saying that a high-end gaming notebook from MSI will feature per-key RGB illumination control designed by SteelSeries. 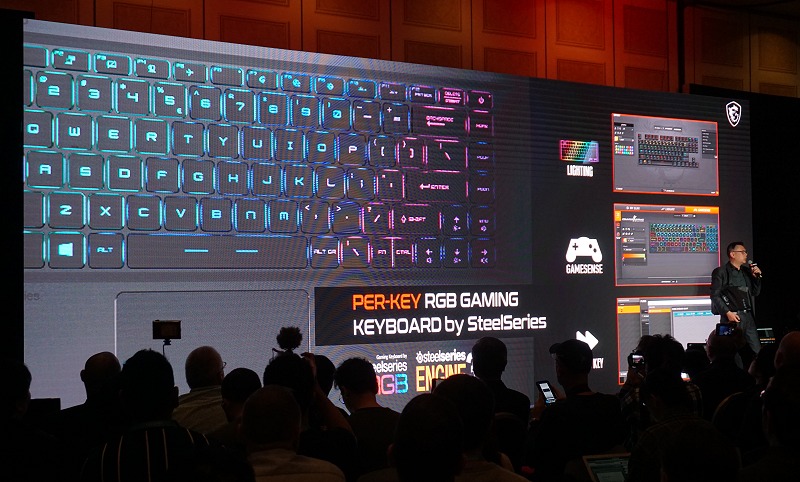 This year’s GE66 Raider not only comes with the option of 240Hz refresh rate capable gaming display, but it will also be the first to offer a 300Hz screen – the fastest notebook gaming display yet and key selling point for the new GE66 Raider. 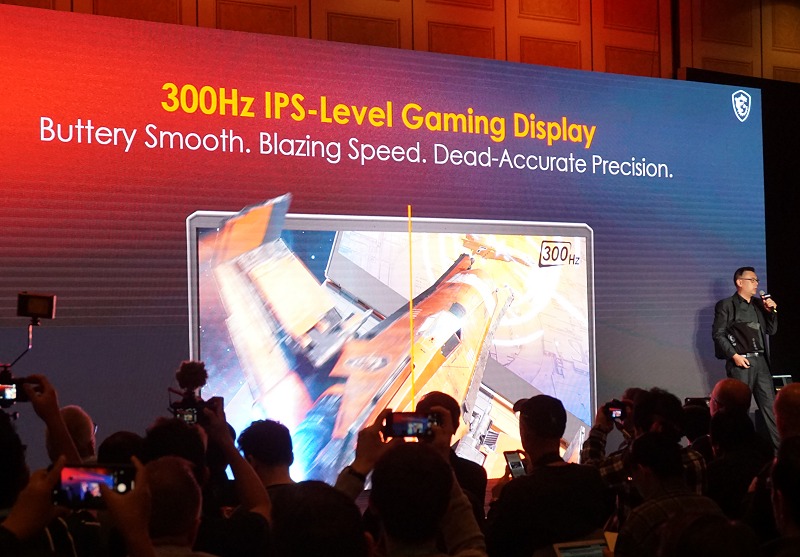 From a pure specs perspective, the MSI GE66 Raider comes with the usual wide variety of configurations to even offer up to Intel Core i9 processor options and NVIDIA RTX graphics cards. Cooling these key components will be MSI Cooler Boost 5 that has been tried and tested for a couple of years now. Keeping them all running well as long as possible is MSI’s new 99.9Wh battery, which is the highest capacity that they can safely cram and still be under the 100Wh battery capacity limit allowed to be brought on board aeroplanes for your travelling needs.

Finally, MSI has also spruced up audio capabilities with a new dual-side passive radiator for better audio delivery in the high notes and stronger bass in a compact chassis. As usual, they are tuned by Dynaudio.

No firm specs, price and availability details were revealed, but it will be out in retail by the first half of 2020. We’ll update this space when we get details.