Movie Review: Godzilla vs. Kong is a massive spectacle that suffers from a human problem

Godzilla vs. Kong is a massive spectacle that suffers from a human problem 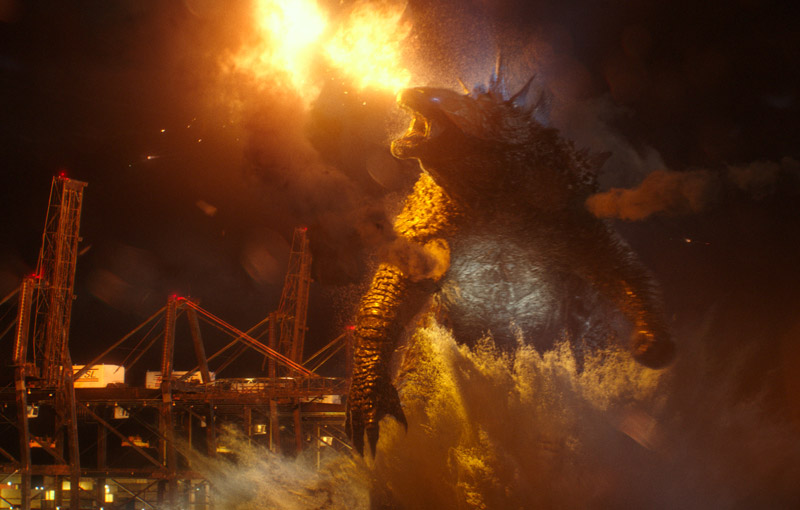 No, I won’t be spoiling who wins. Rest easy!

I love watching kaiju movies in the theatre. You don’t even need to hear Kong’s guttural roars to know when he’s on his way. The entire cinema shudders enough to let you know. I haven’t gotten to see a big blockbuster like this in cinemas since Tenet last year, and being a massive kaiju fan - I obviously had a good time. Godzilla vs. Kong is a massive, loud, action-packed slugfest between two of the most iconic monsters to ever grace the silver screen. Whenever these pesky humans stop getting in the way, that is.

Godzilla vs. Kong can be viewed as the culmination of Legendary Pictures’ MonsterVerse franchise - a series of movies starring kaiju that began with Godzilla (2014). This movie takes place around 40 years after the events of Kong: Skull Island, and a small amount of time after Godzilla: King of the Monsters. Kong has grown massively in these four decades, to the point of becoming the largest he’s ever been in a movie. After lightning storms rendered Skull Island uninhabitable, the big gorilla was relocated to a smaller biodome created by Monarch. Growing irritable and much too big for this environment however, Kong starts threatening to break out - something that Monarch can’t allow to happen.

Remember how Godzilla saved the world twice in his solo movies? Once, by beating a couple of pesky MUTOs and the second time by beating the three-headed King Ghidorah? Well, the big radioactive lizard is now blowing up bases and killing a bunch of people on the regular, much to the confusion of the Earthlings who once viewed him as their saviour. Monarch plans to keep him and Kong separate for as long as possible, seeing as the two have a fierce rivalry stemming from ancient times. Once it becomes clear that Godzilla is a threat that needs to be dealt with however, the humans kick off a series of events that lead to an epic clash between these two kaiju.

You don’t have to watch the rest of the MonsterVerse movies to understand much of this (because let’s be honest, we’re just here to watch big monsters fight), but it would help. World-building concepts introduced in Godzilla: King of the Monsters pay off hugely here. Characters like Madison and Mark Russell return as well, though the latter’s inclusion seems wildly unnecessary. All he does is worry about where his daughter is for the entire movie, and occasionally wonder why Godzilla’s having such a bad day. We get a bit more insight into these creatures' origins too, which is nice - but some of it makes absolutely no sense. This is really one of those movies you have to switch your brain off to enjoy. Think too hard, and everything starts to come apart.

If you’re just coming into this looking forward to some cool kaiju fights, you won’t leave disappointed. Without question, this is the best CG work I’ve seen in a MonsterVerse movie to date. Kong’s facial animations are Planet of the Apes-levels of realistic, and his features are detailed enough that you can still make out the old claw marks on his chest, received from a Skullcrawler in Kong: Skull Island. You’ve got to love those little details. Godzilla’s an absolute beast as usual, though a couple small alterations have been made to his design since the last few movies. He still looks fantastic, and I'll extend that sentiment to most of the new monsters we see in this movie - though there were one or two that left me wanting.

Godzilla (2014) and Godzilla: King of the Monsters earned a lot of flak for their dark and barely-lit fights, but this movie corrects that. Don’t get me wrong - there are still a ton of nighttime kaiju shenanigans, but they’re way easier to look at this time around. A bare-knuckle brawl featuring an axe-wielding Kong fighting off Godzilla in colourful neon-lit Tokyo is a particularly gorgeous, utterly inspired set piece. There are only two daytime fight scenes (to my recollection), but one involving Kong, Godzilla and a few battleships’ worth of unfortunate souls was surprisingly great.

Obviously, a lot of us are coming into this movie rather divided. Some of us want Kong to win. Others love the Big G. Without giving anything away, I’ll just say that this isn’t a Batman v Superman situation - we do get a definitive winner to this ridiculous matchup, and it’s the only one that makes sense. Both kaiju get their time to shine, though I will say that I came away a little disappointed as a Godzilla fan, hoping he’d get just one more ‘wow’ moment like the MUTO kiss of death in Godzilla (2014) or the Burning Godzilla appearance in its sequel. Kong fans will be really happy here, considering that the gorilla acts as the lovable-but-grumpy heart of this movie. It’s much more of a Kong movie than a Godzilla one. 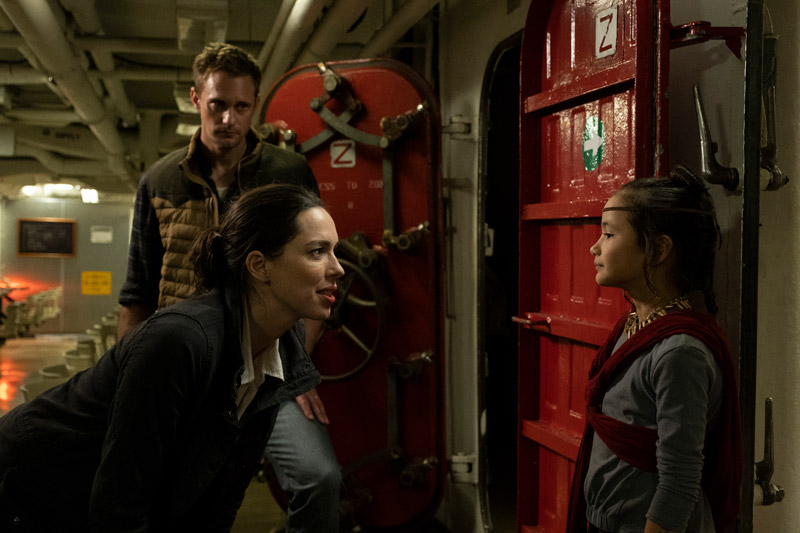 This might seem nitpicky, but it annoys me to no end that these movies still haven’t figured out a workaround to their shared human problem. Every single time a MonsterVerse movie decides to cut away from its badass monster fights to the wandering humans below, it becomes significantly less interesting. Godzilla (2014) and its sequel suffered greatly for this, choosing to cut away from the stars of the show to humans milling about at the worst of times. Godzilla vs. Kong improves on this a little, but not enough.

The human storylines come twofold - one on Godzilla’s ‘team’ and another on Kong’s. On Godzilla’s team are Madison Russell, Bernie Hayes and Josh Valentine, the former two of whom are kaiju conspiracy theorists, believing that something deeper is going on with Godzilla’s suddenly erratic behaviour. I don’t remember Madison being this annoying in King of the Monsters but boy, this trio altogether made up for every one of this movie’s lowest points. Their presence is barely justified in an extremely nonsensical plot that involves them breaking into highly dangerous bases with less security than a jewellery store.

The Kong team is a lot more relevant by comparison. They’re on the front lines, trying to figure out what to do with Kong and unravelling an ancient mystery while they’re at it. Some of the things they do and see make absolutely no sense (again, I don’t want to spoil anything), but you just learn to roll with the dumb stuff. The human antagonists are extremely generic, with weak and underdeveloped motives for doing terribly stupid things - but they serve to introduce an extraordinary cameo that will have kaiju fans cheering, so we’ll give them a pass on that too.

While the dumb human stuff doesn’t get in the way of the cool kaiju stuff as much as it has in past installments, it still feels extremely unnecessary. I get that these movies can’t just be monsters duking it out for two hours (if only), but I do wish humans were better placed in these things. Movie after movie, this is a common complaint. Why do they still suck all the fun out of the room when they show up? You'll notice that I'm not pointing out anything specific, either - that's because the moment the movie mentions who the villains are, a bunch of dots start connecting immediately and the first hour becomes quite predictable.

Here’s where Godzilla vs. Kong doesn’t improve upon Godzilla: King of the Monsters - the music. Tom Holkenborg’s score is loud and atmospheric, serving as a suitable accompaniment for all the fighting we see unfold throughout this movie. However, it’s also instantly generic and forgettable compared to Bear McCreary’s incredible work on King of the Monsters, which brought back classic themes for its monsters and elevated their very presence. Holkenborg does this odd ‘Can I copy your homework/Sure, but change it so the teacher doesn’t notice’ version of the Godzilla theme that’s just… worse. That theme is legendary, so its departure is felt.

Godzilla vs. Kong might not deliver an incredible human plot, but it sure does deliver on the kaiju front. This is a jaw-dropping spectacle of lizards and monkeys tossing each other through skyscrapers and bonking each other with big stupid axes, and I love it for that. It’s big, silly action-packed fun brought to life with the best CG work a MonsterVerse film has seen yet, with a couple of exciting twists and decent world-building. If you’ve been itching to head into the cinema for a blockbuster epic, your search is over. That goes double for kaiju fans.